Yesterday, the Senate Finance Committee passed an amended tax bill (HB 107) aimed at addressing the state’s budget shortfall, which was pegged at $497 million (or about 12 percent of the base budget) at the beginning of the year. Unlike the version of the bill passed by House, the Senate version creates net revenue losses beyond the FY 2018 budget.

The Senate bill includes raising the Sales Tax to 7.25 percent from 6 percent, expanding the sales tax base (telecommunications, digital goods, contracting services up to $40k, electronic data processing, health and fitness club memberships, primary opinion research, and ending direct use exemption for communications companies), an increase in the Historical Structure Rehabilitation Tax Credit to 25 percent from 10 percent, ending General Revenue transfer to Road Fund from sales taxes on highway construction, exempting all military retirement income from income tax, eliminating Social Security from income taxes over two years for those with less than $70,000, a new coal severance tax sliding scale based on price, a temporary three year increase in the Corporate Net Income Tax rate to 7 percent from 6.5 percent, and  new Personal Income Tax brackets that will reduce income tax collections by 15 percent in 2018 and 20 percent in 2019. The bill also includes a gradual phaseout of Personal Income Tax rates of 0.1 percent per year based on growth in the General Revenue Fund and inflation. The phase down is estimated to begin by FY 2021. 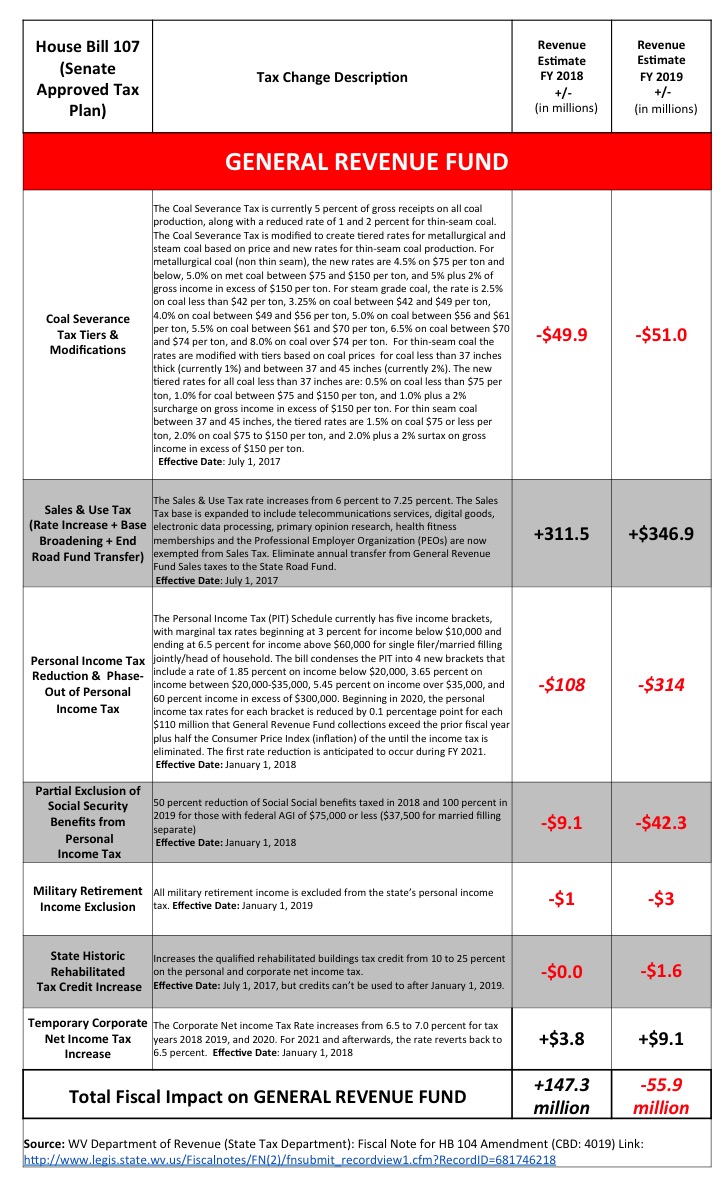 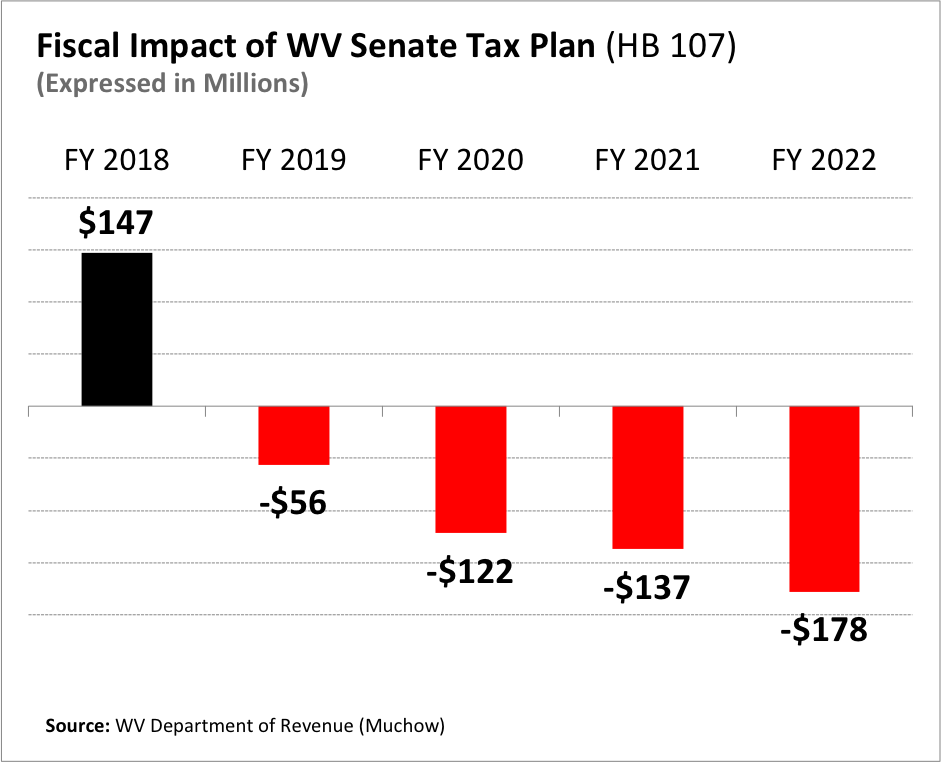 As shown above, the Senate tax plan not only fails to provide enough revenue for next year’s budget, but it also creates large future revenue holes that will likely result in more deep cuts to higher education, schools, and health and human services. This is especially important since next year is an election year when legislators often shy away from raising taxes.

Similar to previous tax plans from the Senate, this plan increase taxes on most West Virginians while lowering them for higher-income residents. According to the Institute on Taxation and Economic Policy, the Senate tax plan increases taxes on 60 percent of West Virginia households while lowering taxes on the top 40 percent of households. This is because lower income West Virginians pay more in sales taxes than income taxes, while the opposite is true for higher income people. Overall, the top 1 percent in West Virginia would receive an estimated tax cut of $2,245 on average while those making $26,000 would see a tax increase of $88 dollars on average. 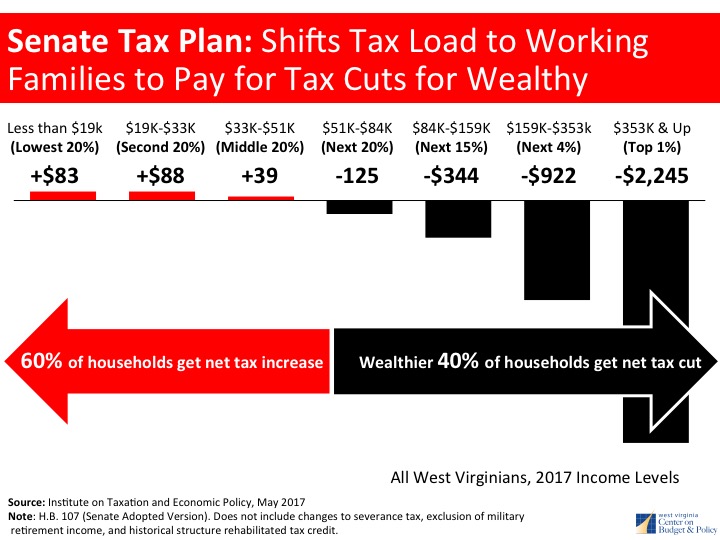 Over the next couple of weeks, the Senate and House will take their tax plans to a conference committee to work on amenable plan that can pass both chambers so they can finally pass a budget from the upcoming year. The plan will have to include additional revenue if it aims to avoid more draconian cuts, especially in the outer years. One item that needs to be taken off of the bargaining table is the deep cuts to the personal income tax that largely benefit wealthier West Virginians. Only when this happens, can we ensure that we are not going down the Kansas road of a fiscal inferno with deep cuts to important programs, more credit downgrades, and weaker economic growth.

A good place for negotiations to start would be to adopt a simple tax plan, like the one we have endorsed or Delegate Pushkin has introduced that asks everyone to pay their fair share to avoid a government shutdown and cuts to essential services for families, children, and seniors.