A Simple Plan to Break the Budget Impasse

The tax and budget tug of war at the capitol between the Senate GOP and Governor on one side and the House on the other is crying out for a simple solution that demands an approach that protects our families, seniors, and children. Yesterday, the WVCBP and our coalition partners came with a tax plan that ensures programs like Medicaid are not cut and future budget deficits are not baked in with an upside down tax plan that mostly benefits the wealthy.

While the plan is far from ideal, it is a simple, balanced, and better plan than what has been proposed so far and ensures that we avoid a government shutdown on July 1st while maintaining services and programs. 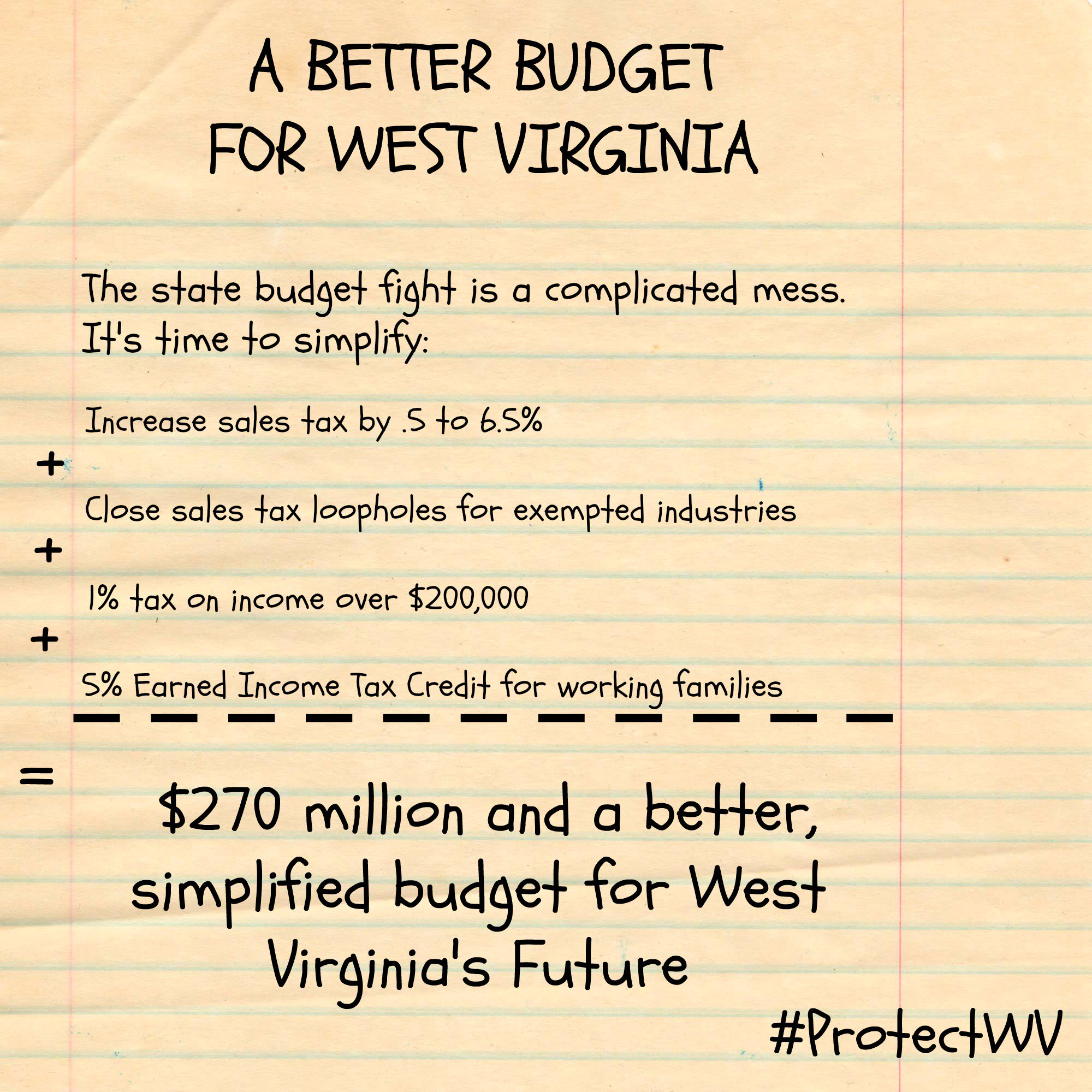 The table below breaks down the plan in more detail. The biggest tax changes in the plan are the increase in the sales tax and the broadening of the sales tax base. These changes would increase state revenue by $216 million. And unlike the previous “compromise tax plans,” this proposal does not squander the revenue increase on income tax cuts that largely favor the wealthy. Instead, the proposal adds a 1 percent income tax surcharge on high incomes, raising an additional $68 million. And while the compromise tax plan’s income tax cuts cost over $300 million, with most of the tax savings going to the wealthy, this plan instead would enact an Earned Income Tax Credit, at the cost of only $18 million, with all the savings going to low income working families, and helping offset some of the regressive parts of the plan. And since massive income tax cuts are not part of the plan, the plan does not lower revenue collections in future years, actually helping solve the state’s budget problems, rather than making them worse. Altogether, the plan increases revenue by about $270 million in FY 2018. 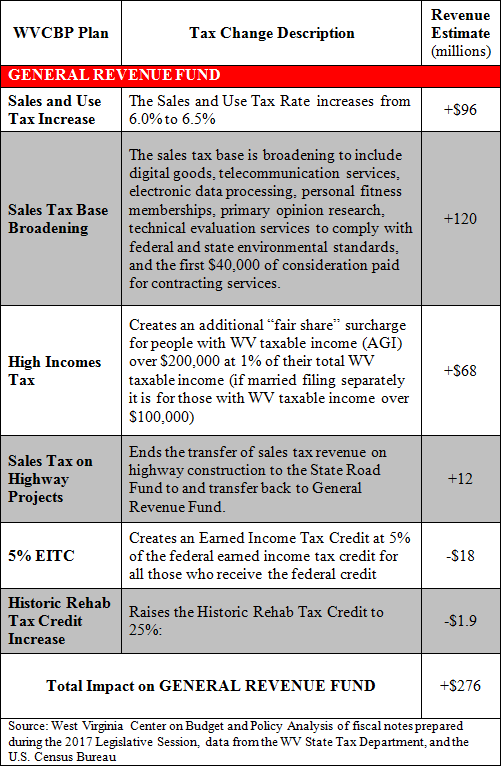 Tax reform needs to address the state’s budget problems head on, rather than being used as a vehicle to lower taxes for the wealthiest in the state while setting the state up for further problems down the road. This plan would help ensure the fiscal stability of the state, without asking low- and middle-income families to pay for tax cuts for the wealthy or damaging our state’s ability to invest in the building blocks of our economy and thriving communities.