Kelly Allen is Interim Executive Director for the West Virginia Center on Budget and Policy. She is a lifelong West Virginian who joined the WVCBP team in 2018. She holds a B.A. in political science and communications from West Virginia University and a Master of Public Administration from Penn State University. Kelly engages with residents, stakeholders, and lawmakers on health policy and issues that impact women and families. She leads the WVCBP’s federal safety net work to protect Medicaid and other vital public programs. Kelly represents the WVCBP on several coalitions and manages the Summer Policy Institute and the WVCBP’s advisory committee. Email Kelly. 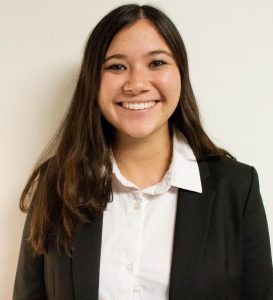 Renee Alves is Communications and Operations Coordinator for the West Virginia Center on Budget and Policy. A California native, she holds a B.A. in Sociology and minors in Civic Engagement and Public Affairs from UCLA. Before joining the Center in 2020, Renee worked for the ACLU of Southern California’s Jails Project and served in the Peace Corps as a Children, Youth, and Family Volunteer in the Philippines. Down the road, she plans to obtain either a Master of Social Work or Master of Public Administration (or both!), after which she hopes to work in criminal justice and incarceration reform. In her free time, she enjoys playing soccer, eating copious amounts of ice cream, and asking people if she can pet their dogs. Email Renee.

Seth DiStefano is Policy Outreach Director for the West Virginia Center on Budget and Policy. A native of Randolph County, WV, Seth is a graduate of Tygarts Valley High School and holds a B.A. in Liberal Arts and Sciences from West Virginia University. Seth leads the government affairs work at the Center and is especially passionate about food security, tax justice issues, and building a better future for working families through policy change. Email Seth.

Linda Frame is Operations Manager with the West Virginia Center on Budget and Policy. She is responsible for managing the WVCBP’s grants and fundraising activities, financial functions and special projects. She has worked in Washington, DC and Charleston, West Virginia for non-profit organizations and has served on the board of West Virginia- based groups. Linda holds a B.S. in Psychology from St. Lawrence University and an M.S. in Environmental Science and Public Policy from George Mason University. She currently serves as President for the West Virginia Environmental Council. Email Linda. 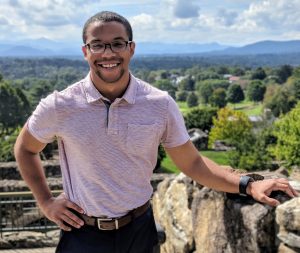 Quenton King is the Criminal Justice Policy Analyst with the West Virginia Center on Budget and Policy. Before joining WVCBP, Quenton worked for the National Association for the Advancement of Colored People’s Environmental and Climate Justice Program as a field organizer and policy specialist. Most recently he served as the Policy Director for a mayoral campaign in Baltimore, MD. Quenton is a native West Virginian and holds bachelor’s degrees in criminology and spanish from West Virginia University and a Master of Public Health in Sociomedical Science from Columbia University. Email Quenton.

Sean O’Leary is a Senior Policy Analyst with the West Virginia Center on Budget and Policy. Since joining the Center in 2010, Sean has authored numerous reports on working family issues, economic development, and state and federal budget and tax policy, including annual reports on the state budget and the State of Working West Virginia. In 2011, Sean co-authored “The Importance of Federal Earmarks to State Coffers” that appeared in the Journal of Public Budgeting, Accounting & Financial Management. Sean also collaborates with West Virginia Kids Count for the annual West Virginia Kids Count Data Book. Sean holds a B.A. in political science and economics and a Master of Public Administration from West Virginia University. Email Sean.

Bryan Phillips is the West Virginia Center on Budget and Policy’s Summer Research Associate. He is a current master’s student in Political Science in the John D. Rockefeller IV School of Politics and Policy at West Virginia University. He is the current Philip V. McGance Civic Fellow and focuses his studies on American Politics and Public Policy. He graduated from the West Virginia University in 2019 magna cum laude with honors, and he was involved in the university’s student government association. In the spring of 2020, he served as a Rollins-Burk Graduate Fellow with the West Virginia Legislature where he worked with the House Committee on Health and Human Resources and with the Office of Medical Cannabis within the Bureau for Public Health. Here, he focused on bill drafting, tracking, regulation, research, and served in support capacities to elected officials and government regulators. In the fall, he will join WVU’s newly established Science and Technology Policy Initiative as a Graduate Assistant. Upon completing graduate school, he hopes to work in research and policy in the state. He has special interests in bureaucratic politics, legislative processes, Marvel films, and home cooking. Email Bryan. 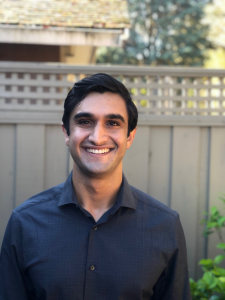 Ryan Brij Stewart is WVCBP’s summer intern with the Shepherd Higher Education Consortium in Poverty. For the next 8 weeks, he will support our work through research examining the complex nature of poverty. He is a government and philosophy major at Hamilton College in Central New York where he is a co-captain of the mock trial team. He loves delving into the weeds of different policy issues, whether it be health care or green energy, though the issue he cares most about is criminal justice reform, particularly prison reform. When thinking about less serious issues, Ryan loves cooking and bakes the best chocolate chip cookies you’ve ever had.