Overall, SB 409 would increase tax collections by $89 million in FY 2018 while decreasing them for each year after. The reason for the first year gain in tax collections is because the sales tax hikes begin July 1, 2017 (the beginning of FY 2018), while major decreases in the personal income tax do not begin until six months later on January 1, 2018. By FY 2022, SB 409 is expected to lower overall state revenue collections by $83 million and these reductions will grow only bigger over the long-term. 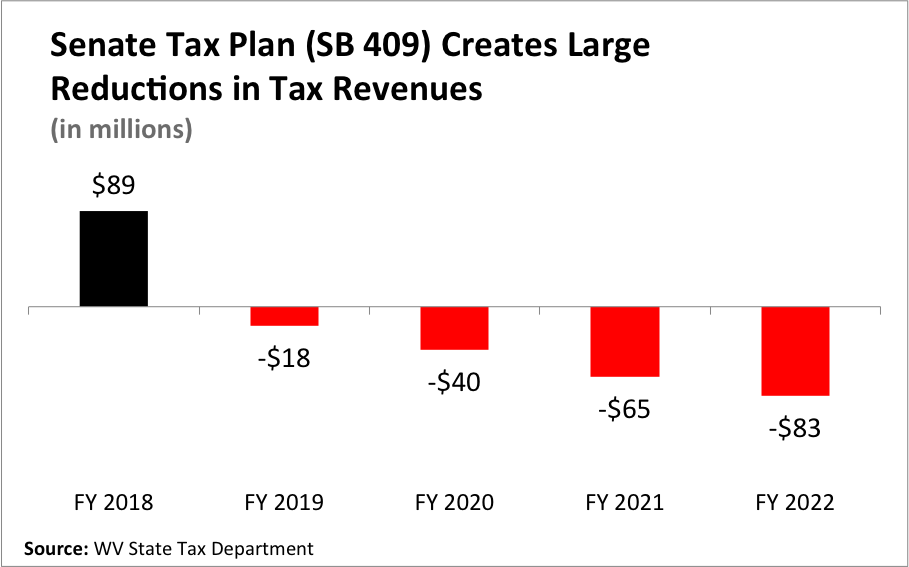 Reduction and Elimination of the Personal Income Tax 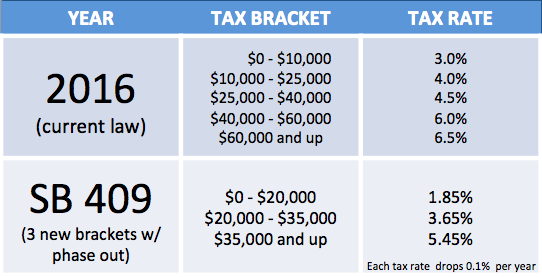 Similar to Kansas, SB 409 puts West Virginia on a path to eliminate the state income tax over the next two decades. The personal income tax is the state’s largest source of revenue ($1.8 billion), making up about 45 percent of the General Revenue Fund. The bill contains a sales tax revenue trigger to reduce each of the proposed income tax brackets by 0.1 percent for each $50 million in revenue from the sales tax that is above $1.8 billion. For example, if sales tax revenue increases to $1.9 billion than each income tax rate will drop by 0.2 percent (e.g. 2.8 percent in income between $20-$40k). According to the State Tax Department, the elimination of the personal income tax could occur around FY 2030. Over this time, the Tax Department projects that revenues would fall by $2.5 billion below current projections by FY 2030. 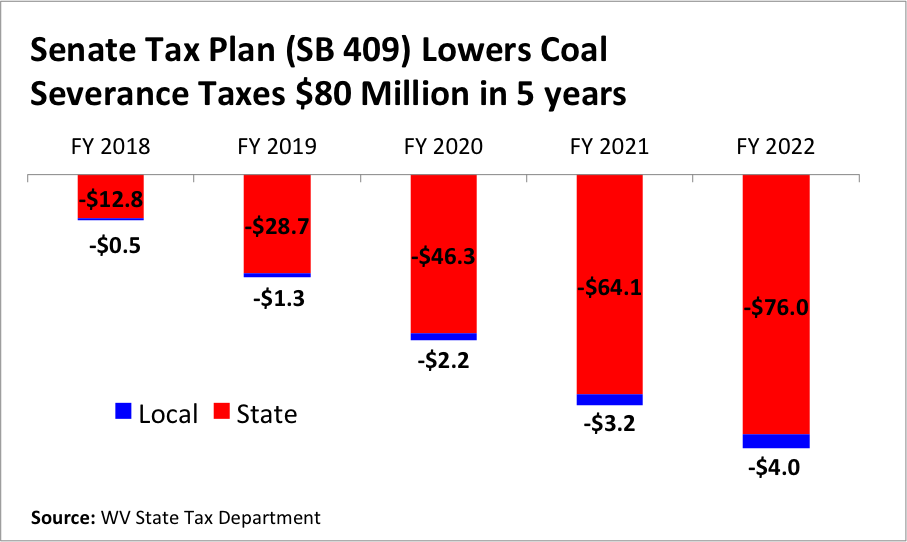 While SB 409 reduces income and severance taxes, it increases the state’s sales and use tax and includes a broader base of services and goods included in the  tax base. All together, these changes are expected to increase sales tax collections by $261 million in FY 2018 and $400 million by FY 2019.

Beyond income, severance and sales tax changes, SB 409 also removes property tax revenue caps and allows county boards of education to establish their own levy rates: Currently, property tax revenues cannot grow by more than 1 percent per year for counties and municipalities, and 2 percent per year for county school boards unless it is because of new construction or improvements to existing property. As noted in the fiscal note from the WV Department of Education, there may be major constitutional issues with the adoption of these changes and it is unclear what the revenue implications would be for the state or county school boards. 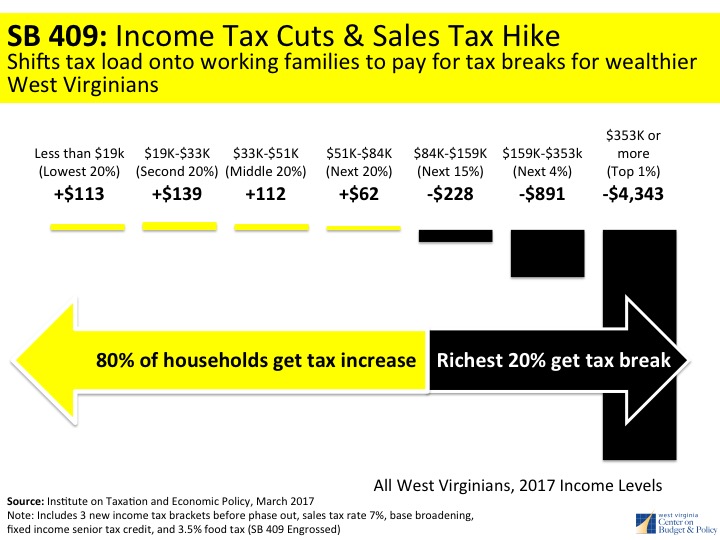 As noted previously, these changes will not only exacerbate income inequality and make it harder for low- and middle-income families to make ends meet, but they will lead to large future budget shortfalls that will damage our state’s ability to invest in the building blocks of our state’s economy.

Cutting income and severance taxes – while phasing out the income tax – is not going to pave a strong future for the state. Instead of moving in this direction, lawmakers need to work together to ensure tax reform is addressing the state’s looming budget crisis together not making it worse.