Income Inequality in West Virginia in One Graph

Earlier today Sean pointed out the growing income inequality in the U.S. What I would like to do is touch on how this has played out in the Mountain State.

The graph below tells the story. From 1974 to 1977, growth in median (four-person) household incomes – or the households in the middle of the income distribution – grew at about the same rate as per capita or average incomes. However, between 1979 and 2010,  average incomes grew by 55 percent compared to just 17 percent for the typical four-person family.  To put this in perspective, if middle class family incomes grew at the same rate as average incomes since 1979, they would have brought home about $80,000 in 2010 instead of $61,000  – a difference of $19,000. 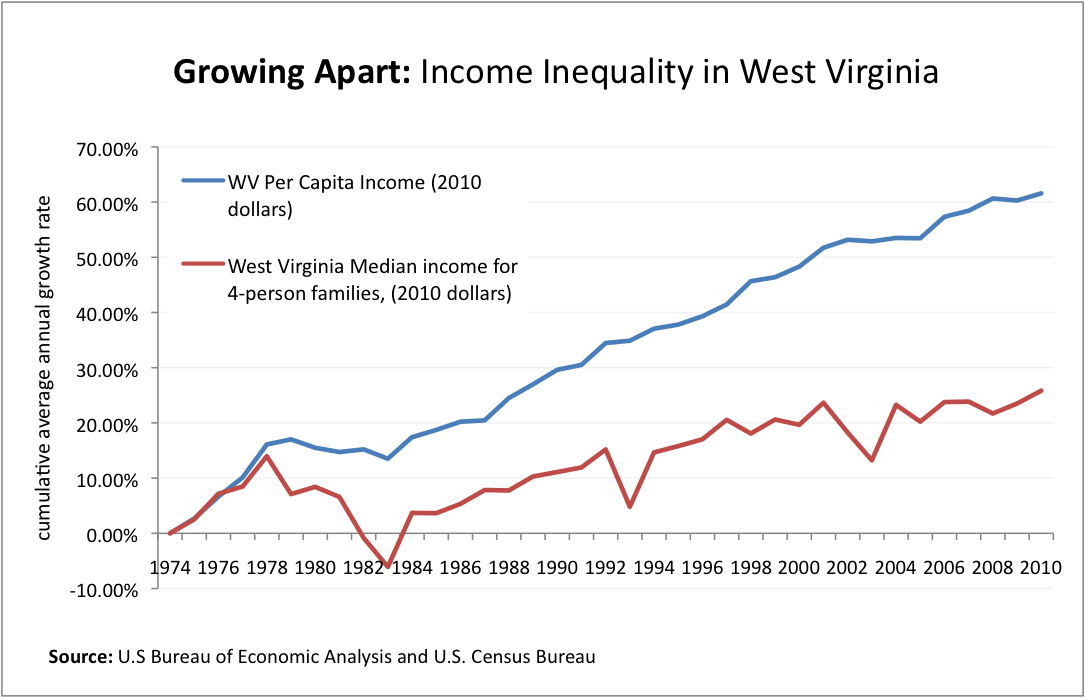 It’s important to keep in mind that the middle class divide in West Virginia happened in spite of increases in educational attainment, more women entering the workforce, and productivity advancements over the last 30 years.  This story should serve as a wake up call. You cannot have a strong economy without a strong middle class.