As MetroNews reported, the state Senate passed a state budget of $4.225 billion in General Revenue Fund spending for FY 2018. The budget contains deep cuts in Medicaid and higher education above and beyond what the governor proposed during the regular and special legislative session. The budget also relies on updated revenue estimates of $169.9 million for FY 2018 that are “contingent on” the “projected economic activity” associated with passage of a road bond passing along with increased State Road Fund revenue from a gas tax and DMV fee hikes.

According to Governor Justice, the new FY 2018 General Revenue Fund estimates are $4.225 billion compared to $4.055 from the original estimates released in February 2017. The biggest revenue change – comprising 61 percent of the total increase in revenues – is the state severance tax, which increases by $104 million, from $257 million to $361 million. Personal income tax collections are expected to be $26 million higher, which increases from $1.834 billion to $1.860 billion. The new revenue estimates also rely on an increase in Special Revenues (one-time fund from Workers’ Comp) of $33 million and small increases in the liquor profits and departmental collections totaling $7.2 million.

It is unclear how the projected increase in severance tax collections is tied to the passage of a road bond, while the $26 million in increased personal income tax collections could theoretically be attributed to the economic activity from a large revenue bond being issued. That said, it is not a sound practice to adjust revenue estimates based on a public vote for a road bond that has yet to take place.

Even taking into account the $169.9 boost in revenue for FY 2018, the governor’s proposed budget needs an additional $124 million to match the $4.335 billion in anticipated General Revenue Fund expenditures. While the Senate has said that the reason they are making large budget cuts is because they could not agree on a bill to implement “tax reform”  (personal income tax cuts), the latest compromise draft tax plan only boosted revenues by $89 million in FY 2018. After FY 2018, the revenues in the draft plan fell to just $12 million in FY 2019 and close to zero in each subsequent year. 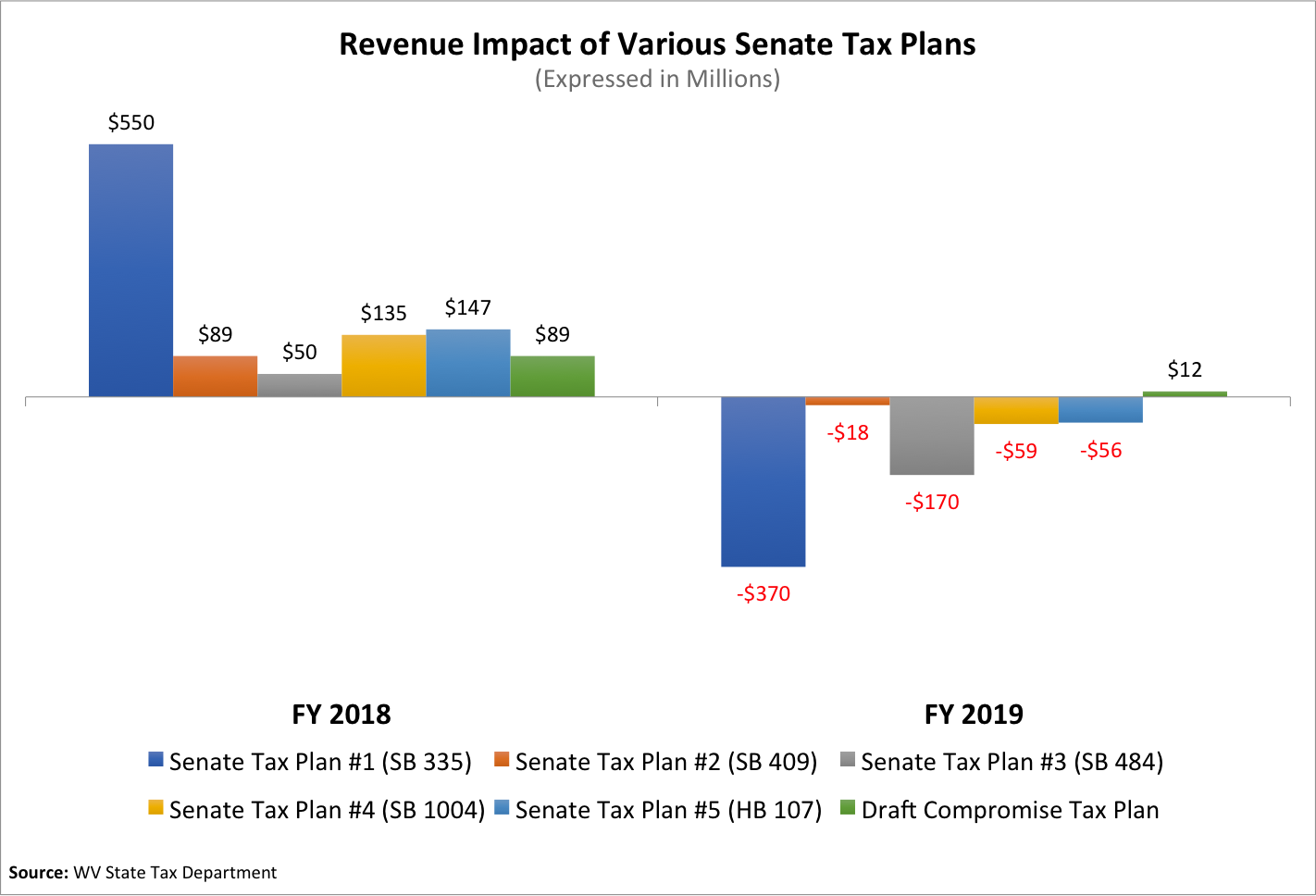 An examination of each of the five tax plans that have passed the Senate shows that only three of them provided enough revenue to pass the governor’s proposed budget for FY 2018 while all of them would have led to deeper budget cuts in FY 2019 and beyond. The reason for the sharp revenue losses in FY 2019 and beyond had to do with the partial phaseout of the income tax that the Senate included in each plan.

While the good news is the personal income tax reductions seem to be off the negotiating table, the bad news is the Senate now does not want to pursue any revenue measures that will avoid even larger budget cuts that will deprive our communities and families of what they need. With the clock winding down on the Special Session, let’s hope the legislature finds additional revenue (Simple Plan!) that will protect our state and ensure we are not cutting the budget even more next year.