The conference committee in the West Virginia legislature met today to discuss the latest iteration of the tax plan that aims to balance the state’s budget for next year and beyond.  The new tax plan draft includes many items in previous versions of tax bills, but the “triggers” for the phase-out of the personal income tax have not been drafted.

Below is the latest draft of the tax plan. Altogether, the plan is estimated to increase net General Revenue Fund collections by +$89 million in FY 2018 and only +$12 million in FY 2019. This means the legislature will have to find an additional $77 million to balance the budget in FY 2019 if this bill is passed. This would be on top of the projected deficit for next year.  It is also unclear how the net increase of $89 million will balance the current proposed budget given that it needs about $270 million above current revenue estimates. 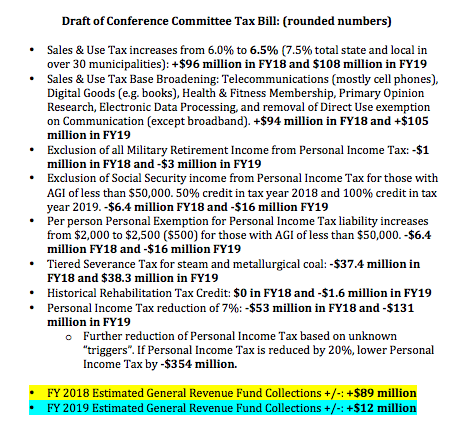 The Governor has released new revenue estimates (unofficial) for FY 2018 that rely on at least $100 million from “economic growth” from passage of a $2.8 billion road fund package and income and severance tax cuts. It is not a common practice to balance a state budget using quasi “dynamic scoring” or projected economic growth based on floating a road bond. This is not a sound practice in budgeting.

Based on reporting, the additional $89 million from the tax plan would still be over $115 million shy of balancing the Governor’s proposed budget for FY 2018 absent the “economic stimulus.” Over the next several fiscal years – if no triggers are met – the net revenue from the compromise tax plan would decline each year. By FY 2022 the tax plan would result in a negative revenue for the general revenue fund, according to estimates. 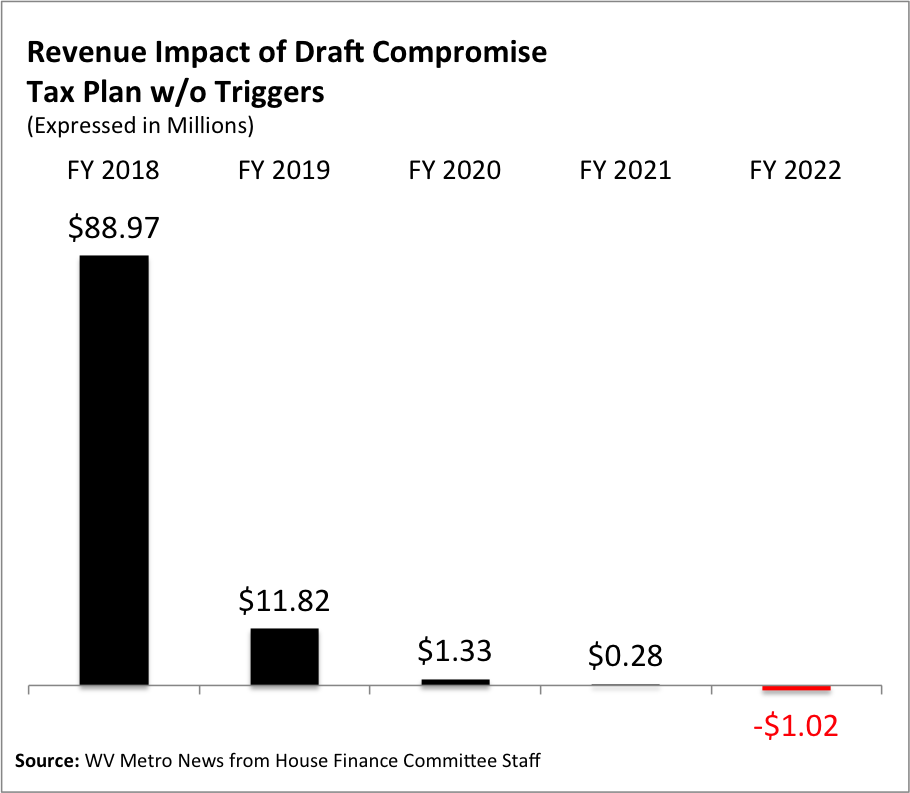 Pushing aside the issue of the personal income tax triggers that could grow the budget deficit even more in outer years, it is clear that this new proposal is unsound and continues to raise taxes on most West Virginians to pay for income tax cuts that the wealthy will benefit the most from.

According to the Institute on Taxation and Economic Policy, the plan increases taxes on 80 percent of West Virginian households  while lowering taxes on the top 20 percent of households. This is because lower income West Virginians pay more in sales taxes than incomes taxes, while the opposite is true for higher income people. Overall, the top 1 percent would receive an estimated tax cut of $1,219 on average while those making $26,000 would see a tax increase of $73 on average. 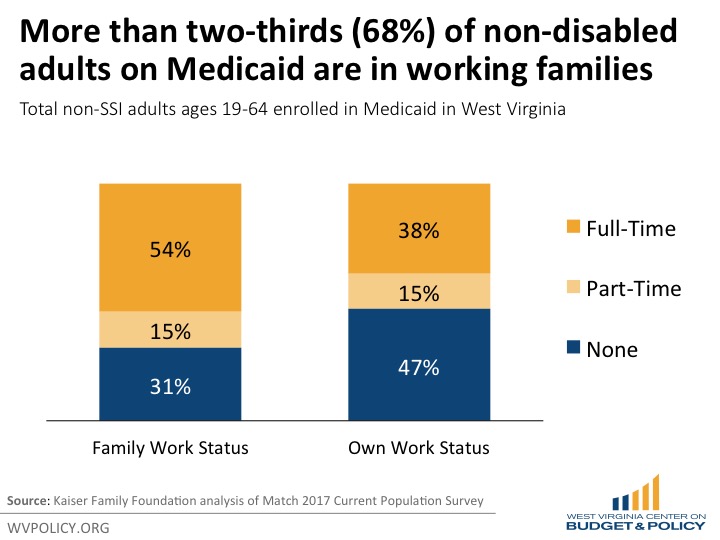 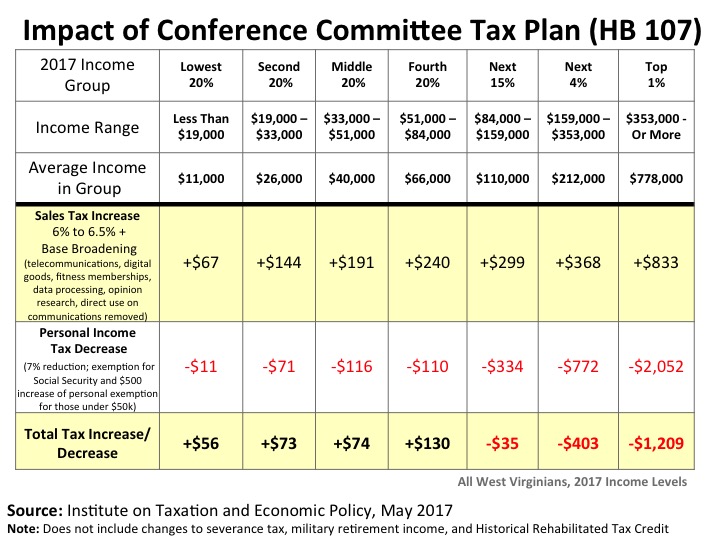 The legislature will need to make major changes to this proposal if it wants to provide the state with a sound fiscal footing. The best approach at this point would be to raise the sales tax rate and broaden the sales tax base and take out the central problem thing that is holding back our ability to pass a state budget: the personal income tax cuts.