Blog Posts > Who Are the West Virginians Who Would Lose Coverage Under ACA Repeal?
January 30, 2017

Who Are the West Virginians Who Would Lose Coverage Under ACA Repeal?

A recent WVCBP report looked at many of the people who could lose health coverage from the repeal of the Affordable Care Act – including small business workers and those working in various industries. Last week, the Urban Institute released state fact sheets with more demographic information on this population – with details on income, age, race, education, and employment status. 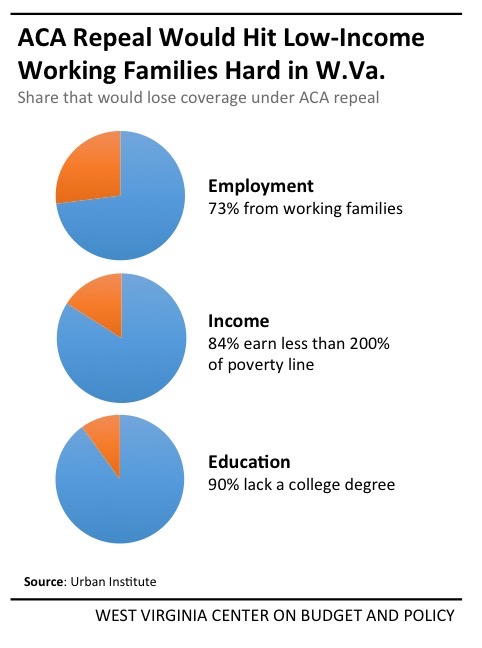 Among West Virginians who are expected to lose coverage, 73 percent are in working families. This figure is even higher for some families: 79 percent of children and 80 percent of parents who would lose coverage are in families with at least one worker.