What Will it Take for Coal to Make a Comeback?

Back in early May, President-Elect Donald Trump pledged to revive West Virginia’s coal industry and some school officials in Boone County say they are counting on this to help them keep schools open and save jobs. While it doesn’t need to be repeated here that this is highly unlikely (see here, here, here, and here), it is important, at least for posterity’s sake, and for those who believe it’s possible to revive the state’s coal industry, to see what that would have to look like. 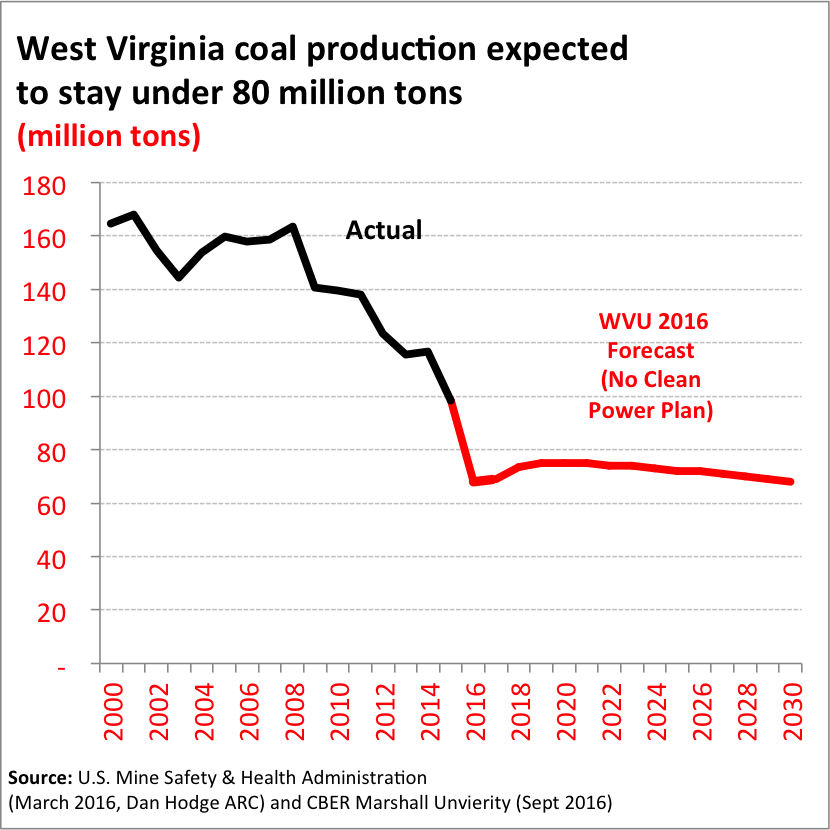 Historically, coal mining has been a source of relatively high-paying jobs for those without college degrees in West Virginia. Its decline has been a major factor in the state’s budget woes and its weak economy. It remains to be seen how, and if, Donald Trump will keep the promise he made to West Virginia voters to bring back the coal mining jobs that have been lost over the past several years.