West Virginia Finally has a Budget

After failing to come to an agreement on a plan to either completely overhaul the state’s tax system, or simply raise some revenue to close the upcoming budget gap, the legislature passed a “bare bones” budget over the weekend, ending the extended special session just two weeks before a possible government shutdown.

Cuts were made throughout the budget to bring it into balance. Some of the major cuts, compared to the governor’s original proposal, include:

The table below lists all of the cuts made to the budget compared to the governor’s original proposal. 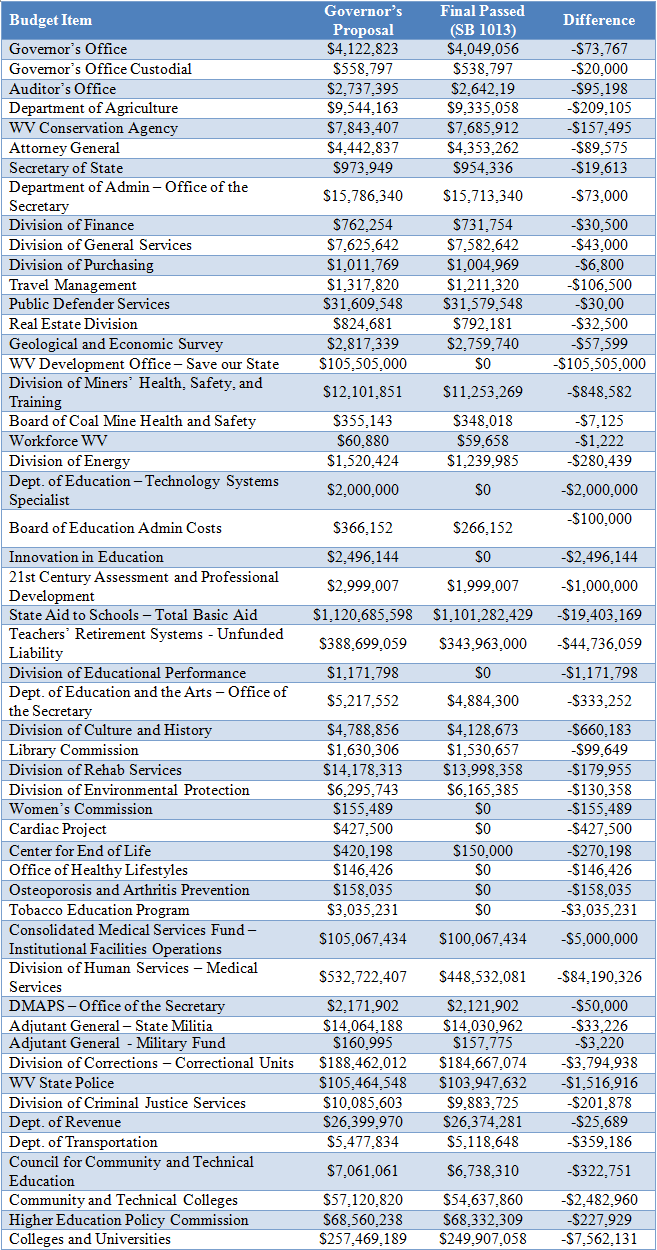