The Rising Cost of Health Care Is Slowing Down…Wait, What?

Now to be clear, health care costs are not going down, they’re just growing less quickly than before.  Putting it like that doesn’t make it sound all that promising but the truth is that it is actually a pretty big deal and caught most everyone flat-footed.  It’s also rather old news in the world of health policy but the average person probably wouldn’t know it based on the headlines and continuous murmur of health-care costs.

Supporters of the Affordable Care Act point to it as proof that the law is already working, while critics quickly dismiss that notion and claim it has to do with the recent recession.  The truth, as with most things it seems, is probably somewhere in the middle, but neither side is debating the cost slow down.

According to a report out this week by the Kaiser Family Foundation, the average family premium increased last year by four percent, a rather modest increase compared to the average 8.8 percent annual growth between 1999 and 2009, the year before the ACA was signed into law. 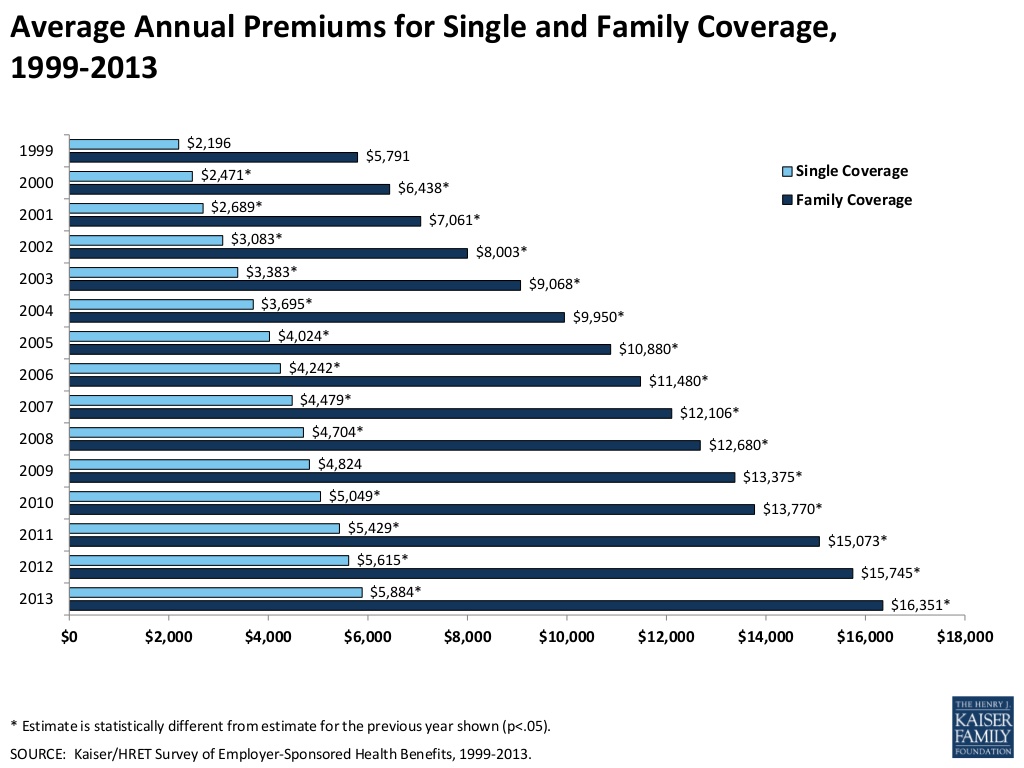 The rise in health care costs is at its lowest level since the 1960s.  The bad news is that even at these historically low levels of growth, the cost of health care is still rising faster than average household income and inflation.

What’s most important about this though is the long-term impact these lower growth rates have.  It had become a fact of life that health care costs would continue to rise meteorically forever, quickly making projections for programs like Medicare and Medicaid seem unsustainable.  With lower rates of growth, however, these projections change dramatically for the better.  For example, the Medicare Board of Trustees most recent report extended the solvency of the program by two years from the previous 2012 estimate.

Slower rates of growth will also make tremendous differences in state and local budgets.  In West Virginia, where Medicaid costs have grown from $350 million in state funds in 2000 to over $800 million in 2012, a single percentage point drop in projected growth means a difference of tens of millions of dollars per year in the future.

The big question keeping health economists on the edge of their seats is if these rates will continue, or even slow further, or revert to their ugly ways of double-digit growth as has been the case for much of the last two decades.

At least for now we can all breathe a slight sigh of relief and hope that perhaps this recent phenomenon becomes the new fact of life.