Revenues at Nine-Year Low So Far

Today, the state budget office released revenue collections for October which were $6.3 million below estimates.  While personal income tax collections where $14 million above expectations, sales and use and corporate income taxes were down $13 million and $5 million, respectively. So far, the state’s General Revenue Fund is down $87.4 million over the first four months of fiscal year 2017. 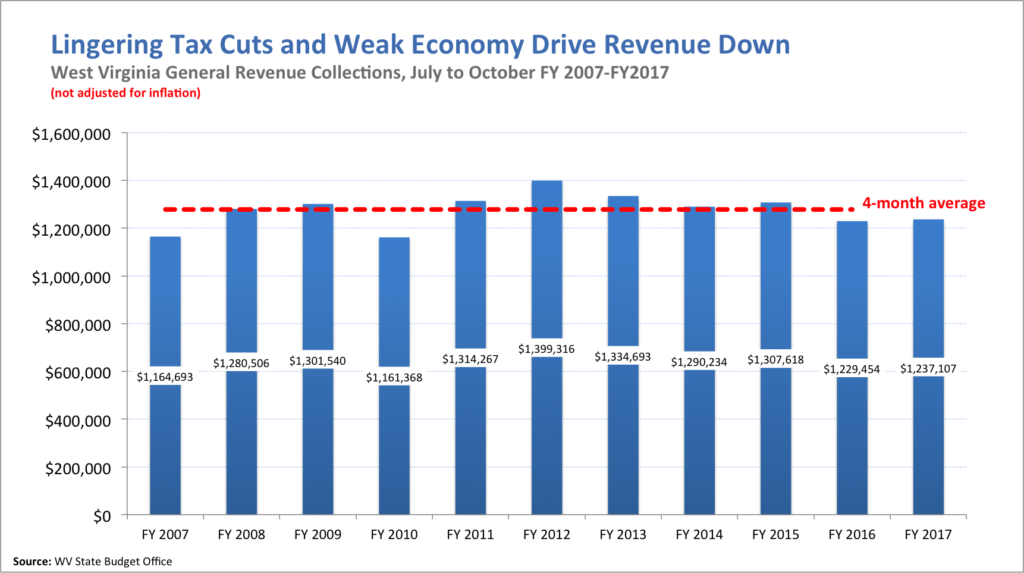 While October’s revenue collections didn’t drop as far as they did in July, August, and September, it’s likely that Governor Tomblin and/or the next governor will have to address the budget shortfalls before the legislature convenes in February 2017.

The drop in revenue collections for the current fiscal year could also mean that the projected gap for next year (FY 2018) – which is currently between $300 to $400 million – could grow larger. Since the state has already made major cuts to the state’s budget over the last several years, policymakers will have to enact revenue enhancements if they want to avoid draconian cuts and get their fiscal house in order.