Blog Posts > Does West Virginia Invest Enough in Education? A Closer Look at the Data
June 6, 2019

Does West Virginia Invest Enough in Education? A Closer Look at the Data

Last week, the U.S. Census Bureau released 2017 data on state public school spending that shows West Virginia spends less per student than the national average and less than most of our neighboring states. If you subtract out federal revenue, WV collects less education revenue per student than 31 states (including DC) and nearly $2,000 less than the national average. Instead of a race to the bottom on public school investment, research shows West Virginia needs to invest more in our students, teachers, and other school personnel.

Using the “current expenses” method, West Virginia ranked 26th highest with per pupil public education spending of $11,554 in 2017. The national average was $12,201, a difference of $647 per student. If West Virginia spent another $647 per student to match the national average, it would need another $177 million. The only border state that spent less per pupil in 2017 was Kentucky ($10,121). 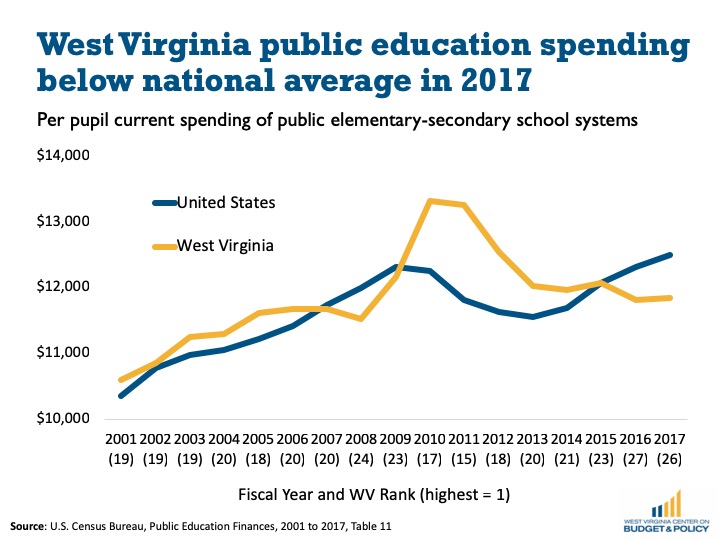 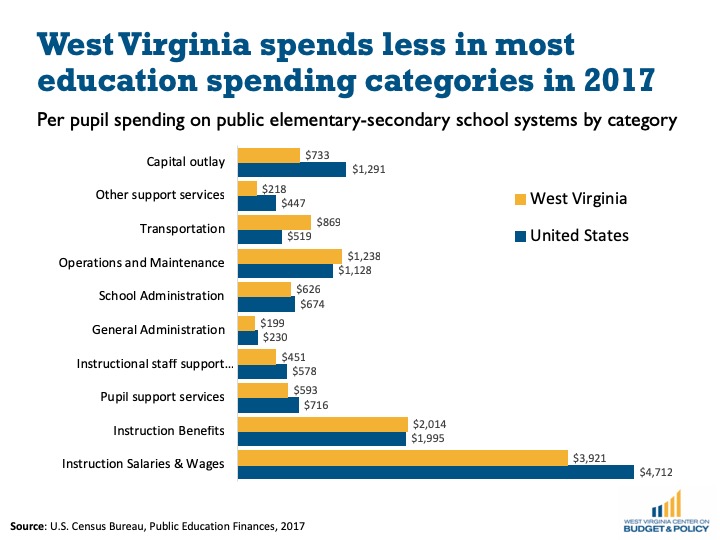 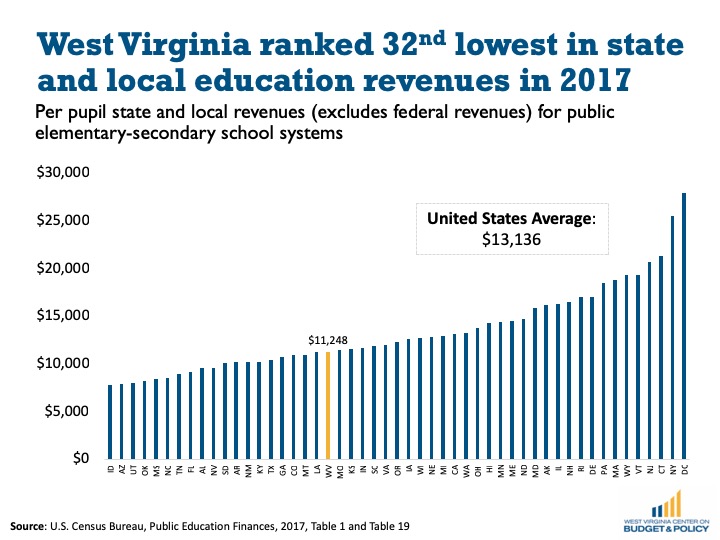 While compared to most states, West Virginia’s fiscal effort in funding education – based on the state’s income and gross domestic product – is above average it needs to target more funding to school districts (counties) that have higher poverty rates if wants to achieve better results. As Sean O’Leary highlighted last week, widespread poverty in West Virginia is one of the driving factors behind our state’s low test scores.

A recent peer reviewed study from the Quarterly Journal of Economics found that a 10 percent increase in per pupil (for all 12 school-age years) spending is associated with a 17 percent increase in family income in adulthood. In a recent analysis and review on whether money matters for education, professor Bruce Baker of Rutgers University concluded:

While there may in fact be better and more efficient ways to leverage the education dollar toward improved student outcomes, we do know the following:

As West Virginia legislators reconvene soon to take up education reform, they should focus on ways to invest more in our schools and target more funding to schools in higher poverty districts instead of devising ways to redistribute public school money to private corporations.