Blog Posts > 11% of West Virginia Seniors Living in Poverty Under New Measure
May 22, 2013

11% of West Virginia Seniors Living in Poverty Under New Measure

The supplemental poverty measure bases the thresholds on more recent measures of expenditures, and adjusts them for home ownership status and regional housing prices. The supplemental measure does not differentiate between adults above and below the age of 65. The supplemental measure adds the value of tax credits and  in-kind government benefits (like food stamps) to income, while deducting job-related expenses, taxes, and out-of-pocket expenses for health care.

The deduction of out-of-pocket expenses for health care from income is the biggest difference maker when it comes to comparing senior poverty rates. In 2009, half of seniors spent at least 16% of their income on health care.

The percentage of seniors at 200% of the poverty threshold or below also increased in West Virginia, from 38% to 43%, while it increased from 34% to 48% nationwide.

While the supplemental measure shows an increase in the number of West Virginia seniors living in poverty over the official measure, West Virginia was one of the few states where the increase was actually not statistically significant. 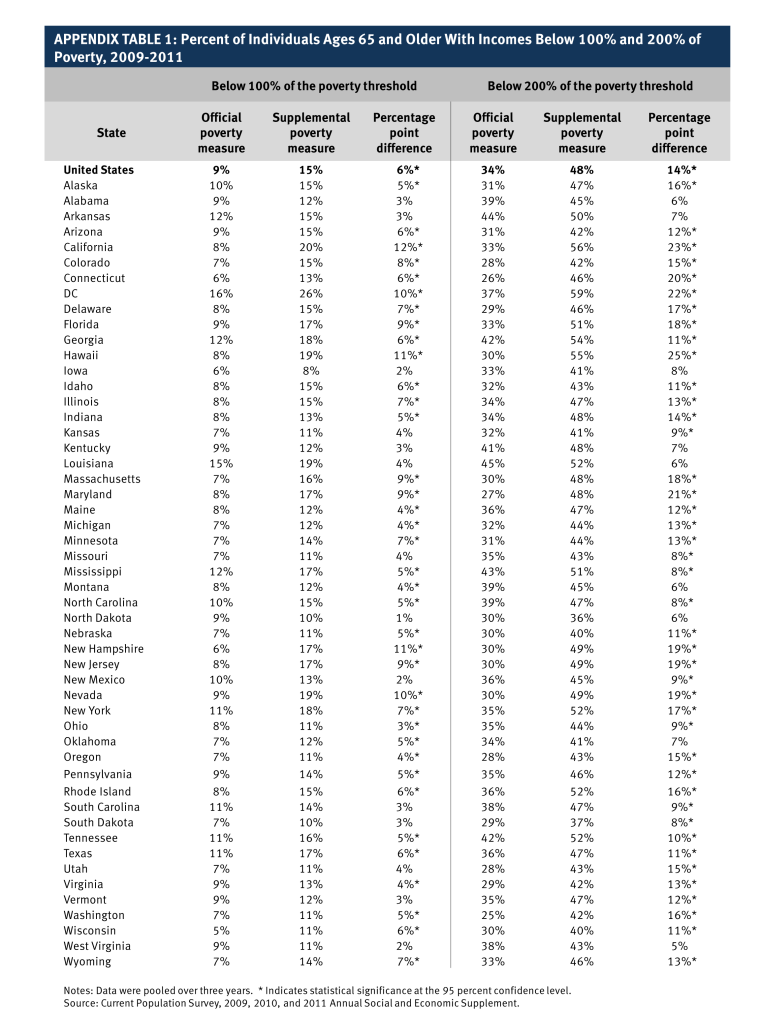