There’s been considerable press over the last couple of years about the costs associated with the retiree health care subsidy (affectionately know as OPEB or Other Post Employment Benefits) offered to state and local employees. I’ve written about it several times in the past.

The basic story is that this subsidy is too generous and that it’s costing the state too much now and into the future. While I agree with the second part of this argument, I think some policymakers and the media have failed to recognize just how little we pay public employees in West Virginia. In fact, how many people know that we rank almost dead last in average annual pay in the nation? 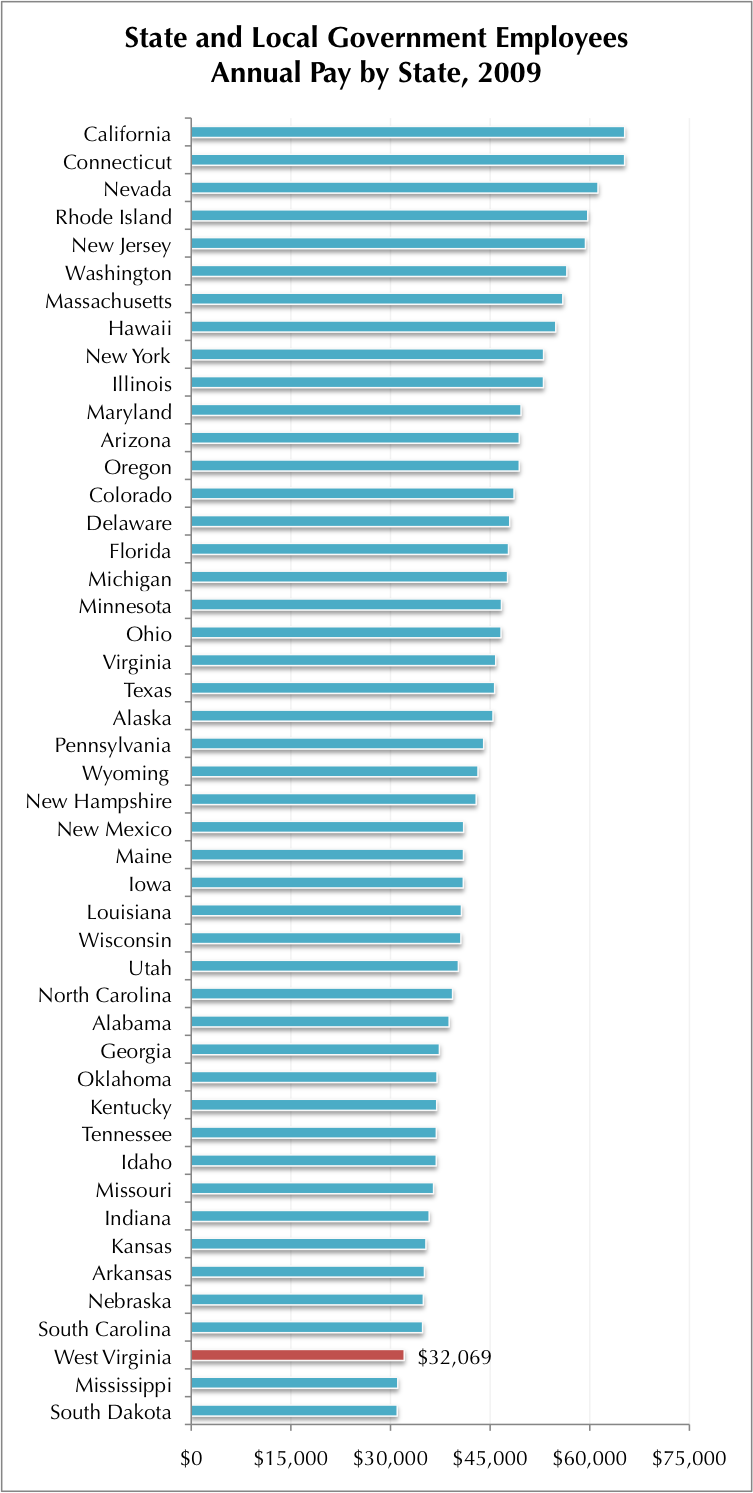