The Daily Mail today is trying to scare folks about the Medicaid expansion contained in the Affordable Care Act. Not only does the Daily Mail fail to mention any of the economic and health benefits of providing health insurance to over 121,000 uninsured low-income working families, they insist on using large numbers out of context.

The important part to remember is that the federal government will pay 100% for the first three years, 95 percent in 2017, 94 percent in 2018, 93 percent in 2019, and 90 percent in 2020 and beyond. Over the first six years, there will be an increase of over $3.7 billion in new federal dollars coming to West Virginia for health care. 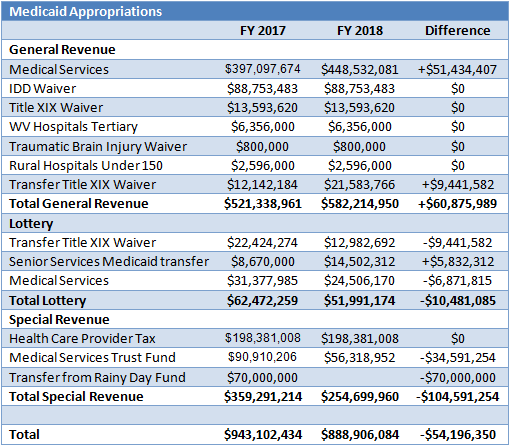 The fact is expanding Medicaid is a good deal for West Virginia, both economically and morally. For just $1 for every $13 in increased federal aid, West Virginia can:

1) Cover an estimated 121,635 who presently do not have health insurance.

2) Save money on uncompensated care, for instance for mental health, which means savings for taxpayers (We spend $176 million on behavioral health). According to a recent Washington Post article, states may experience enough savings to offset the small increases in state Medicaid costs. The Urban Institute finds that West Virginia will reduce state spending on uncompensated care between $263 and $563 million from 2014 through 2019 with the enactment of the ACA.

3) Improve the health of the state’s workforce. As everyone knows, West Virginia has the lowest workforce participation rate and the highest disability rate in the country. By providing health insurance to low income working families, it can increase productivity by improving their health and it can increase the number of hours worked and the amount of taxes paid.

West Virginia should act quickly to expand Medicaid. It is good economics and will save lives. The federal Medicaid expansion will allow more people to access affordable care, save the health care system millions in uncompensated care costs and bring more than a $3.7 billion in federal health care dollars to our state. This really is a no brainier.