As Sean pointed out in a recent Charleston Gazette commentary, the decline in corporate net income tax and business franchise tax collections is threatening programs such as Medicaid. With this in mind, let’s take a historical  look at the growth these two taxes.

As the chart below shows, revenue from the CNIT/BFT is expected to hit a 22-year low in FY 2012, dropping from $221.5 million in FY 1990 to just $173.5 million in FY 2012. It is important to recognize that these are nominal numbers, they are not adjusted for inflation or economic growth. While the CNIT/BFT made up 12.7 percent of general fund revenues in 1990, in 2012 it is expected to be just 4.3 percent. This number could fall even farther.  With just two months to go before the end of FY 2012,  April revenue collections from the CNIT/BFT are running about $10 million behind the original estimate. 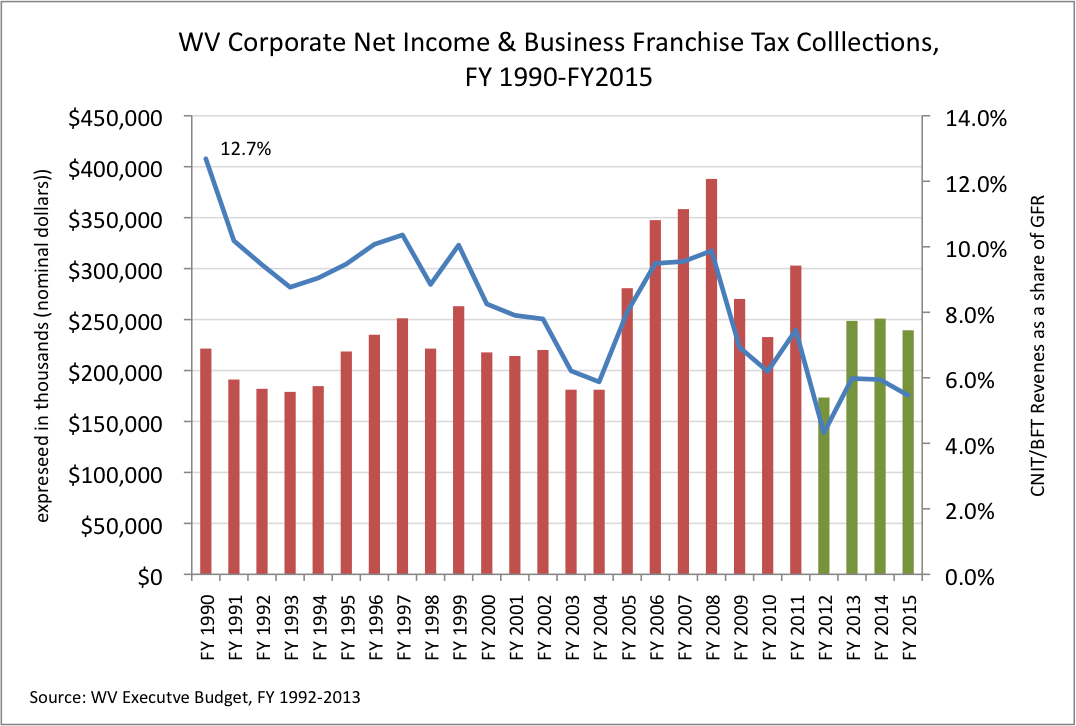 While there are several factors contributing to the long-term decline in business tax revenues – including the growth in tax credits, tax loopholes, and the shift toward S corporations –  the central factor impacting the recent and projected decline of business tax revenue is the scheduled reduction of the corporate net income tax rate from 9.0% in 2007 to 6.5% in 2014 and the gradual elimination  of the business franchise tax from 0.7% in 2007 to 0.0% in 2015 (see chart below).

As the graph below makes clear, the growth of the state’s two corporate taxes is dismal compared to sales and personal income tax growth over the last two decades. Personal income tax collections have tripled, growing from $517 million in FY90 to $1.6 billion in FY11, while sales and use taxes have doubled from $522 million to $1.1 billion.

Meanwhile, business taxes collections have only grown by a third – growing from $222 million in FY90 to just $303 million in FY11. If the CNIT/BFT grew at the same rates as the personal income and sales and use tax since FY90, the state would have collected $683 million or $487 million respectively in FY11 –  a difference of $380 million or $184 million. 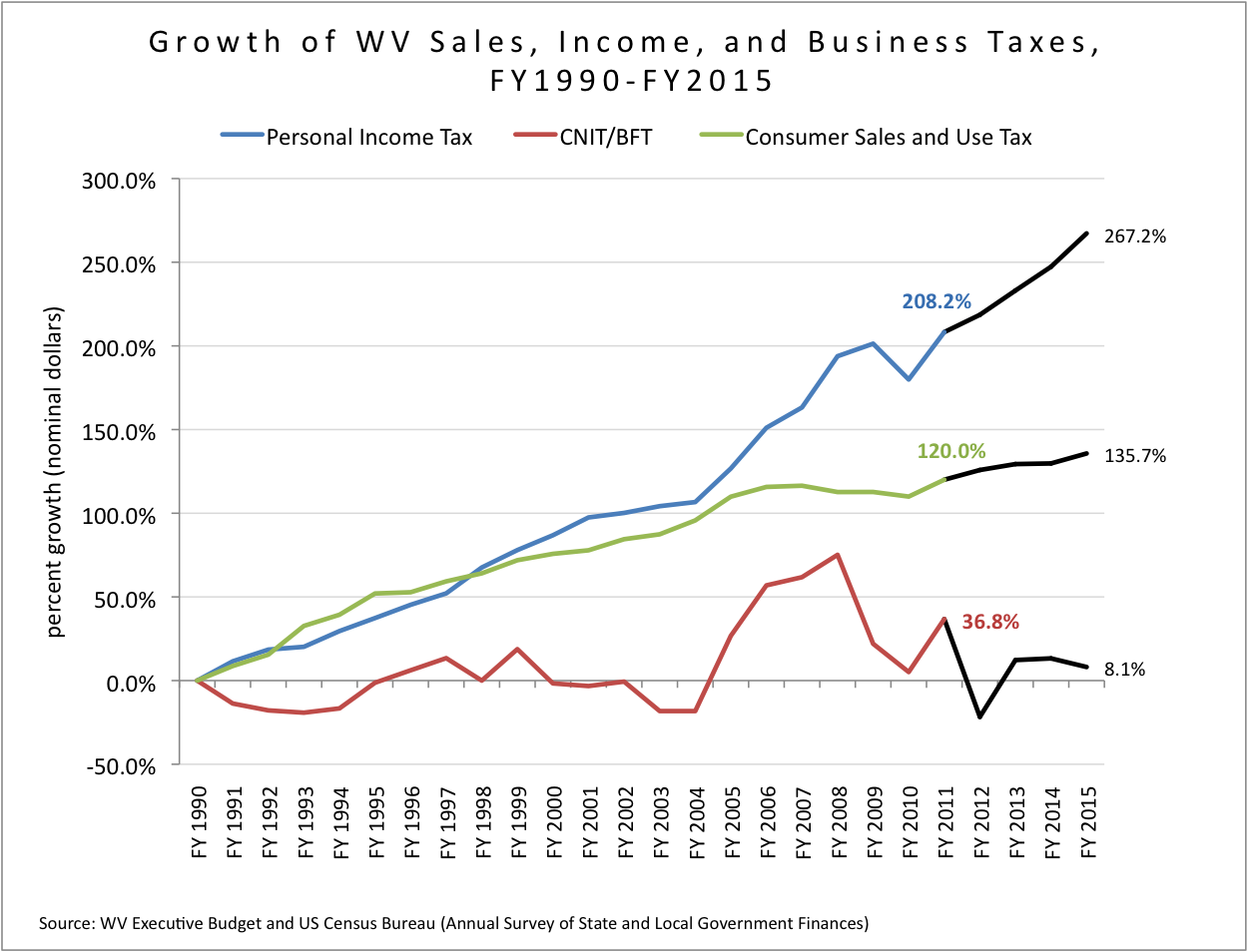 Notice in the above graph that the sharp fall in corporate tax revenue began in FY08 or between July 1, 2007-June 30, 2008. This was the same year that the business tax reductions were put into place.  From FY08 to FY15, the state projects that the personal income tax will grow by 25 percent and the sales tax by 11 percent, However, the CNIT/BFT is projected to decline by 38 percent, from $388 million to $240 million. As we showed in our analysis of the budget last year, according to the WV Dept of Revenue the business tax reductions will reduce reduce revenue by close to $50 million in 2012 and nearly $200 million by 2017.

This is clear evidence that the tax reductions are the central factor causing the projected decline in revenue.

The lost revenue from the corporate tax cuts will make it difficult to adequately fund important programs such as Medicaid. As policymakers plan for next year’s budget and the usual grumblings start on how we cannot afford to pay for programs like college, health care, education, it is important that they recognize that these corporate tax cuts were self-inflicted. The good news is that they can be undone as fast as they where put into place.