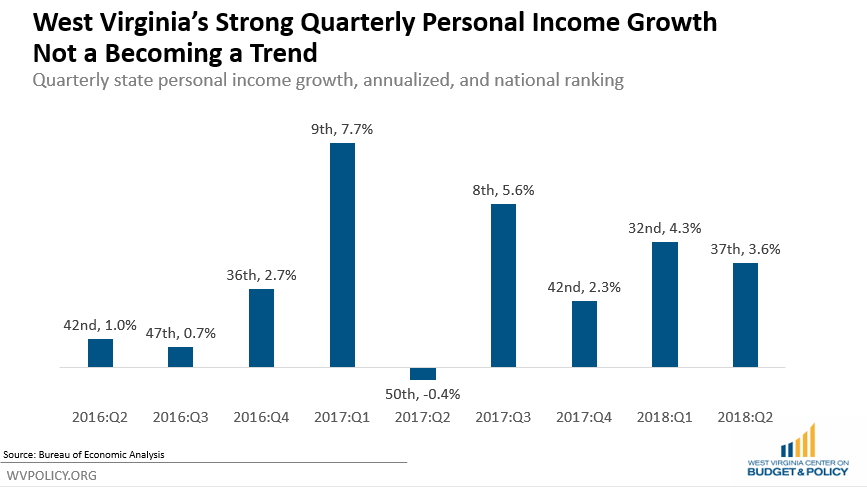 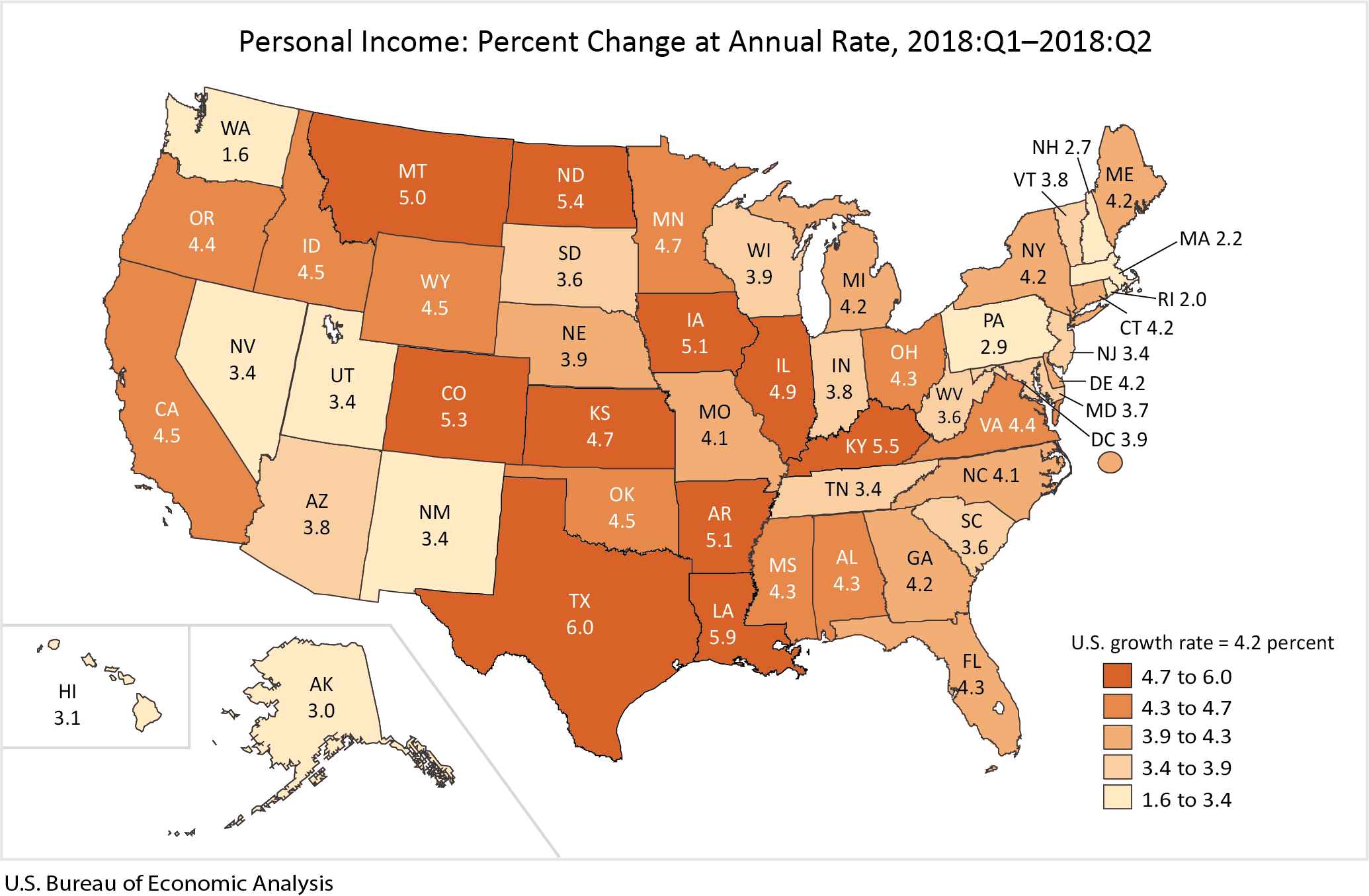 In an economy like West Virginia’s, that has been relying heavily on the extraction industries for GDP growth, personal income is an important measure. While GDP measure the total value of all goods and services produced in an economy,  personal income measures how much money is received by people in an economy from their economic activity. Personal income includes wages, benefits, proprietor income, dividends, interest, rent and transfer payments like Social Security and veteran’s benefits. And in some cases, GDP can increase without benefiting the people of West Virginia.

Once again, the most recent economic indicators show signs of concern for West Virginia, and underscore the need to focus on strengthening its workforce.