The Bureau of Business and Economic Research at West Virginia University released its annual Economic Outlook Report for the state earlier this month. West Virginia is expected to experience slow job growth, with employment forecasted to grow at an average rate of 0.4 percent per year for the next five years, according to the report’s forecast. That’s below the projected national average of 0.7 percent per year, and would represent a step back from the gains the state experienced in 2017. 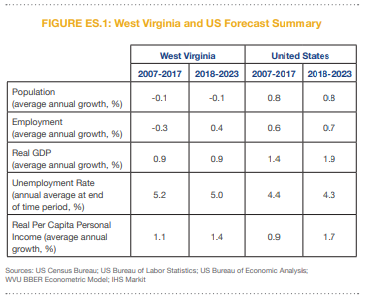 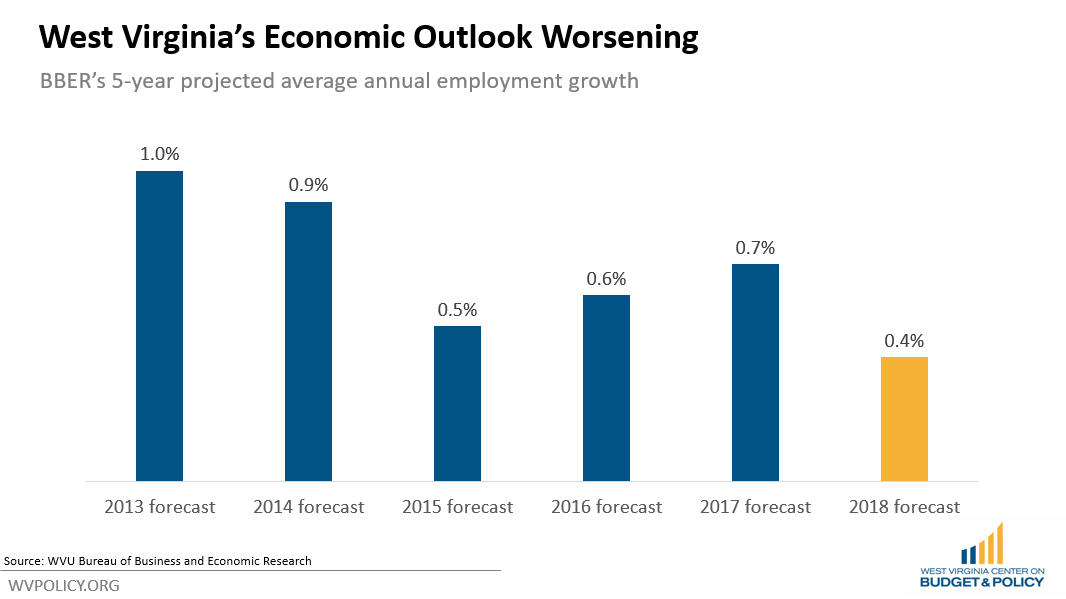 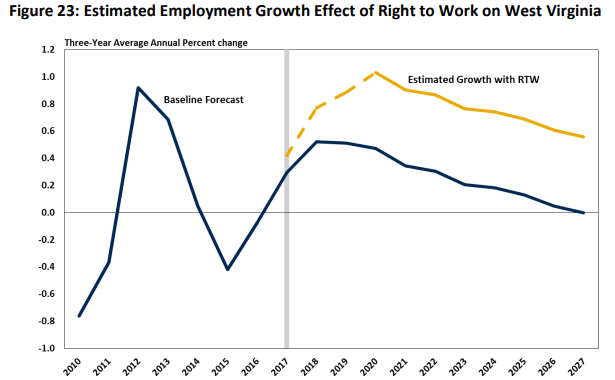 Instead the 2018 employment growth projection is only 0.4 percent annually, below the pre-right-to-work baseline, and nowhere near where what was claimed would happen in the run up to pass right-to-work in West Virginia. By now, it should be clear that the right-to-work claims were flawed and the policy is not fueling any sort of economic resurgence in the state. 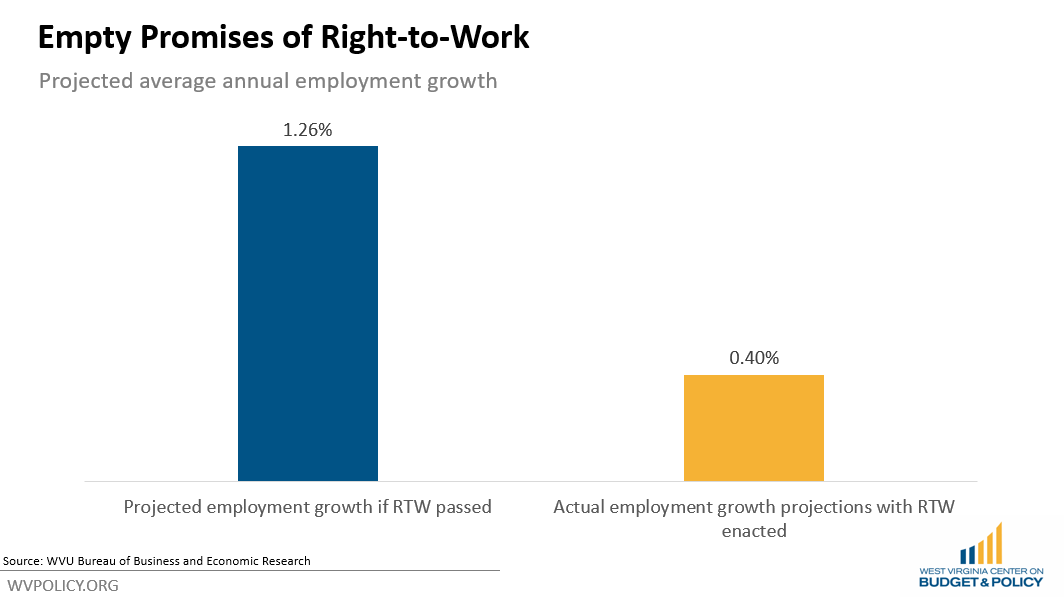 Between increasing poverty, weakening job growth, and now a dismal Economic Outlook, it is time West Virginia’s leaders started having an honest conversation about the state’s economy, rather than one crafted by international consultants to drive a narrative not matched by reality.