West Virginia’s Personal Income Growth Cause for Concern, Not Celebration

Earlier this year, Governor Justice, as well as the Chamber of Commerce celebrated the fact that West Virginia had the nation’s highest personal income growth in country in the first quarter of 2019, using the single data point as proof that their preferred policies were growing the economy. In fact, the Chamber of Commerce went so far as to hang a banner, proudly announcing that WV was #1 in the country. 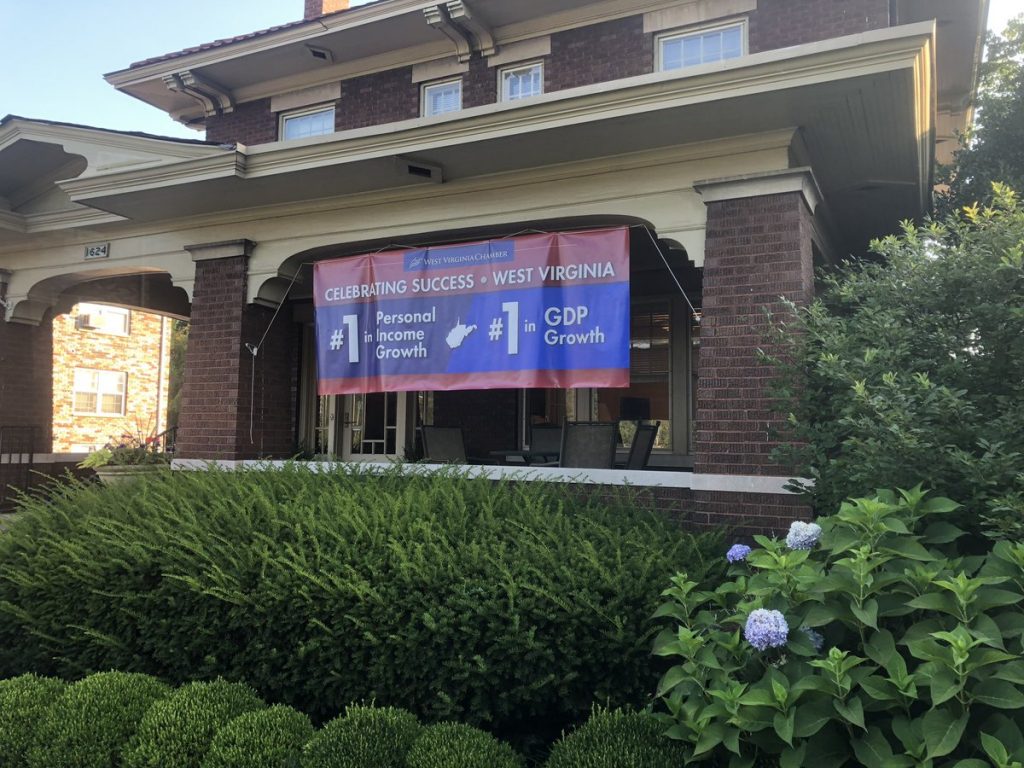 At the time, I warned that West Virginia’s personal income growth is very volatile, and that one quarter of data rarely tells the story.

And with the release of the 2019:Q2 data, as well as revisions to previous quarters, raising the banner may have been premature. West Virginia’s 2019:Q1 personal income growth was revised down, from an annually adjusted rate of 5.6% to just 1.5%. So instead of being first in the nation, West Virginia was 47th.

In fact, over the past two years, West Virginia has had only 2 quarters of growth above the national average. And those two quarters, 2018:Q2 and 2018:Q3 both appear to be aberrations, driven more by temporary factors than any actual sustained strength in the state’s economy. And that is a sign for concern, not celebration. 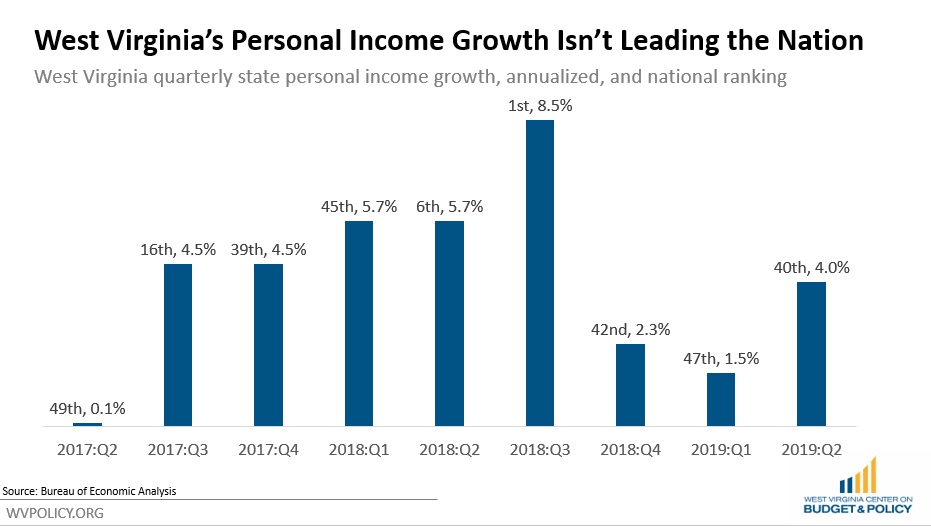