Blog Posts > The Where and the How of West Virginia’s Population Decline
April 29, 2019

The Where and the How of West Virginia’s Population Decline

Between 2010 and 2018, West Virginia’s population fell by an estimated 47,000 people, or a decline of 2.6%. West Virginia lost population both naturally, with 19,000 more deaths than births, and through migration, with 27,000 more people leaving the state than moving in. 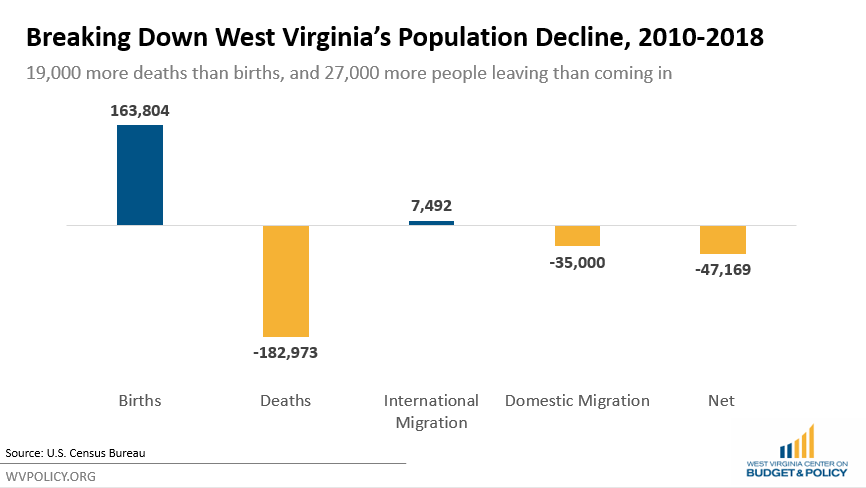 Only 9 counties experienced population growth over that time period. And of those 9 counties, 7 of them are classified as urban counties.

By percent, the 5 counties (all but 1 being rural) that saw the largest loss of population between 2010 and 2018 were:

Unsurprisingly, the biggest population losers were all in the state’s southern coal fields. The 5 counties (all but 1 being urban) that saw the largest percent growth were: 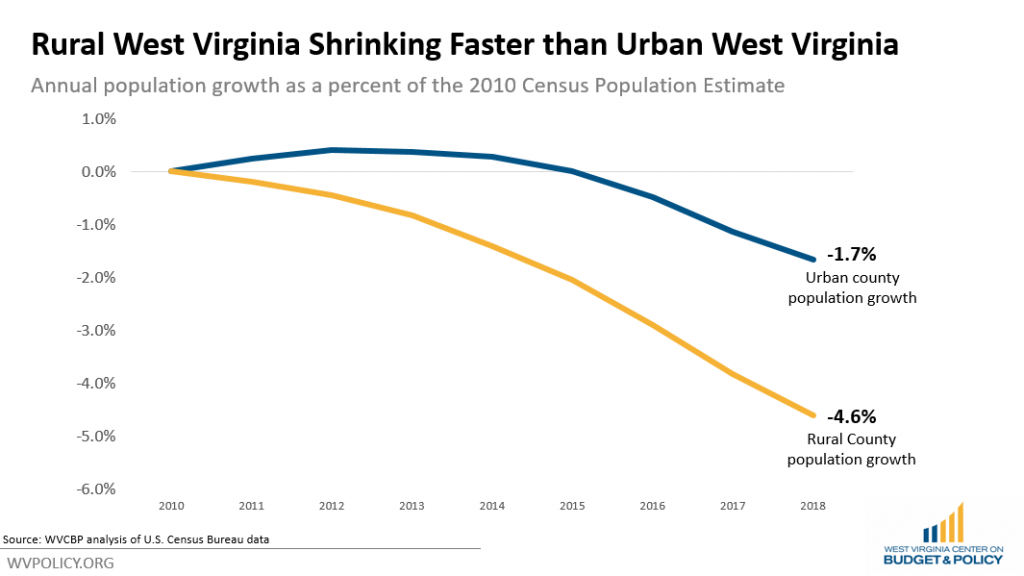 The sharp decline in rural West Virginia’s population highlights the unique challenges facing the state. Sustainable growth and broader economic growth can occur in both the rural and urban areas of the state if policymakers put forth policies that invest in the people and public structures that provide the foundation for economic opportunity and make necessary quality of life improvements.