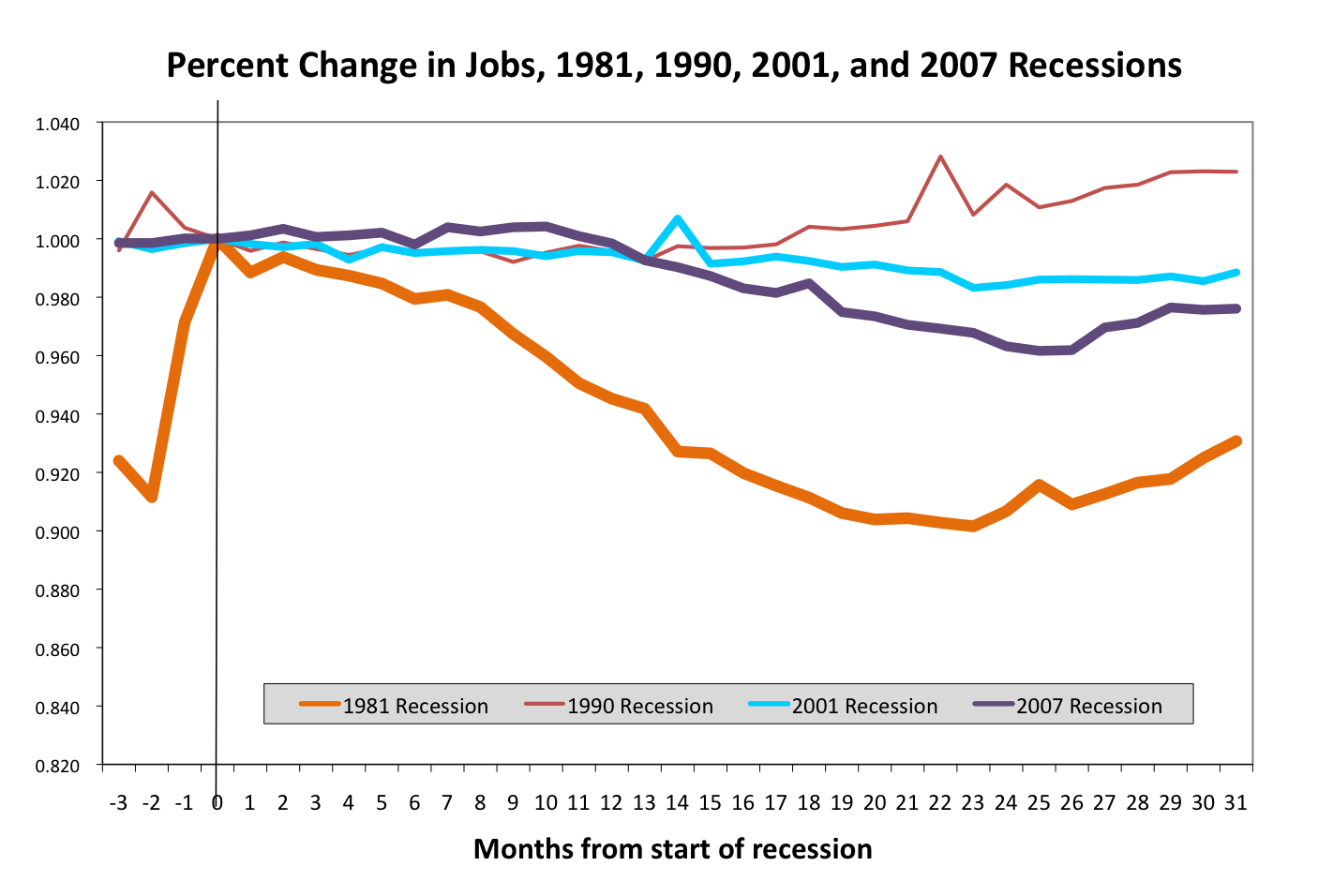 West Virginia’s seasonally adjusted unemployment rate was 8.6 percent in July, up 0.1 from June.  Total July non-farm employment stands at 742,500, with a decline of 4,500 jobs from last month, with about two-thirds coming from seasonal losses in local government. The good news was a small gain of 300 jobs in manufacturing and mining. Despite this positive sign, West Virginia’s private sector has created only 700 jobs since last July  – the date many believe to be the official end of the recession. Even more troubling is that 28,200 workers have left the labor force during this period.
While non-farm employment has been growing (ever so slightly) this year, the number of state residents employed continues to decline. In July, only 709,500 state residents were employed –  its lowest point since March 1994 (seasonally adjusted). This helps explain, to some extent, why new jobless claims still remain high.
The central reason why we’ve seen little in the way of economic expansion is a lack of consumer demand and the unwillingness of Congress to pass a larger, more serious, jobs creation package. Absent this action, the economic doldrums will continue here and around the country.