While it is unclear what version of the legislation the U.S. Senate will plan to take up on Tuesday (7/25) when they vote to proceed to repeal and replace the Affordable Care Act (ACA), the revised version of the Better Care Reconciliation Act (BCRA) would be particularly harmful to West Virginians.

An updated report from the national Center on Budget and Policy Priorities shows that West Virginia would be among the hardest hit states in the nation. Not only would the number of uninsured West Virginians grow by nearly 300 percent – the largest increase in the nation (See Map) – but it would reduce federal Medicaid/CHIP spending by half or $1.8 billion by 2022. Last-ditch efforts by Senate leadership to offer more money to Medicaid expansion states won’t fix this bill either. Below is a quick summary of BCRA’s impact on West Virginia and here’s a one-page fact sheet. 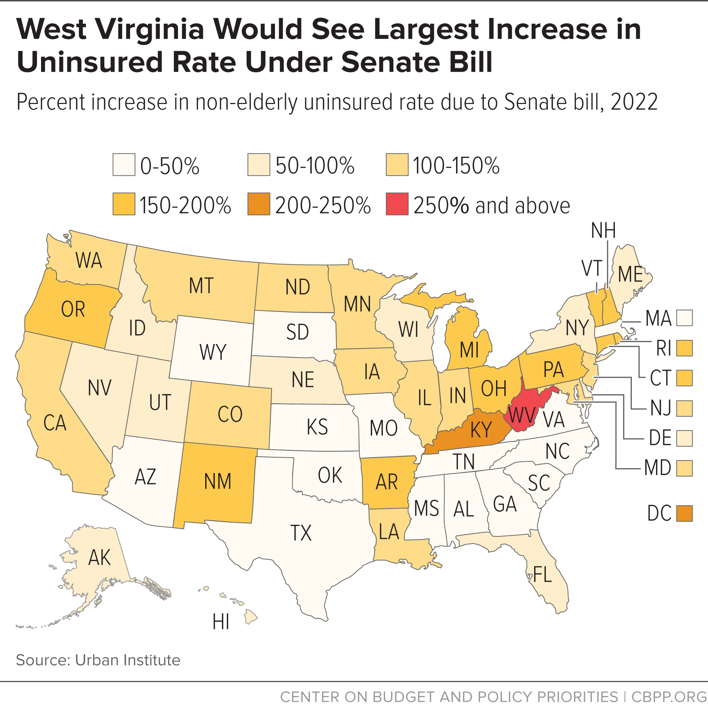