As the House of Representatives takes up repealing the Affordable Care Act (ACA) and replacing it with the American Health Care Act (AHCA), a new report by the Urban Institute finds that the AHCA if enacted would cut federal funding for Medicaid in West Virginia by $4 billion over 10 years. To make up for this shortfall, West Virginia would have to increase Medicaid spending by over one-third over the coming decade to avoid reducing Medicaid benefits.

Altogether, the Urban Institute estimates that federal Medicaid spending in West Virginia would be 9.8 percent lower between 2019 and 2028 than it would be under current law (ACA). A difference of $4 billion in federal Medicaid spending in West Virginia. If West Virginia would want to continue to covering the same population that it does currently, state spending would have to increase by 33.8 percent to make up for the federal reduction in Medicaid payments. This is the highest percentage increase than in all but four other states. 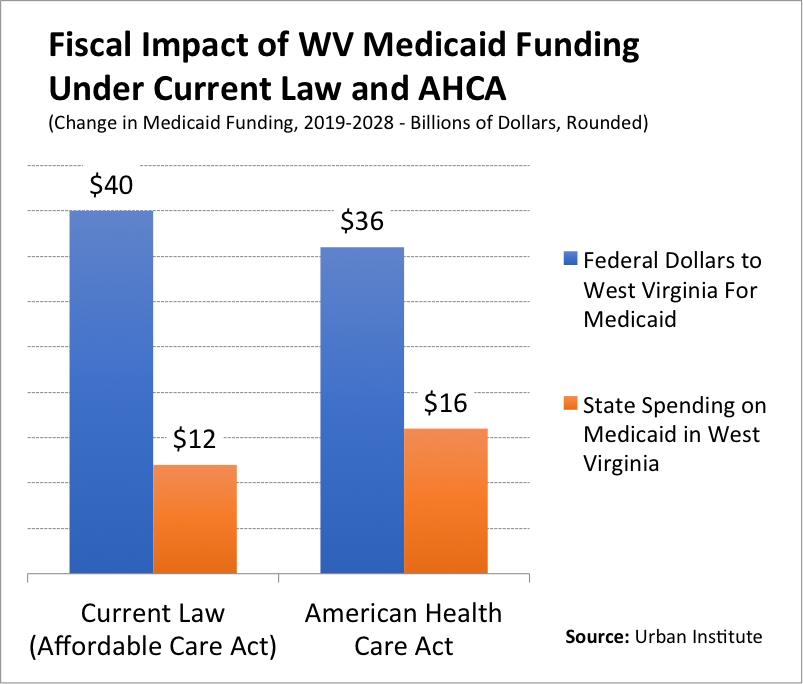 West Virginia already faces a looming budget crisis of over $500 million next year, so passing the AHCA would ensure that the state’s dire fiscal times will continue as the state loses $4 billion in federal funds for Medicaid over ten years.

Preserving the structure of Medicaid is critical to all West Virginians and especially the one in three West Virginians that depend on it for their health and well-being.