Recovery in Reverse: The State of West Virginia’s Economy

Andrew Brown has a good piece in the Gazette-Mail highlighting that West Virginia now has the nation’s highest unemployment rate. West Virginia’s economic recovery since the Great Recession (December 2007) has been bumpy but it now appears that the state may be entering a new downturn. Overall, West Virginia has lost 1.1 percent of its jobs base (8,700 jobs) since December 2007,  while the nation as gained 2.5 percent or 3.5 million jobs. In fact, West Virginia has fewer jobs today than it did in 2006. While the decline in coal jobs is one reason for the state’s poor economic performance over the last several years, other sectors are also performing poorly.

The economic recovery for both manufacturing and construction is well below the national average. West Virginia has lost 16.1 percent of its manufacturing job base, compared to 10.2 percent nationally, and nearly 23 percent of its construction job base compared to about 15 percent for the nation as a whole. The closures of coal-fired power plants in the state have also dragged down employment in the utilities sector while other states continue to add jobs. Most surprisingly, the state has lost a large chunk of jobs in leisure and hospitality while nationally these jobs have grown. The one bright spot for West Virginia has been job growth in business and professional services, which typically pay above average wages, and growth in government employment. 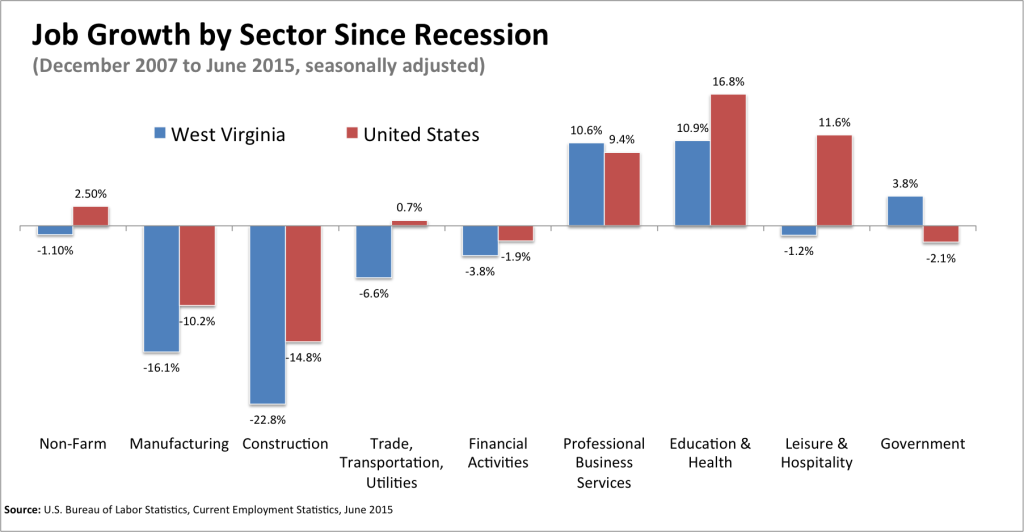 The mining and logging sector, after initially adding jobs during the recession, has declined over the last three years as demand for coal and lower prices for natural gas have reduced jobs in both industries. However, it is important note that mining jobs over the last 25 years (1990) have averaged about 3.9 percent of total non-farm employment and today it’s just below this number at 3.8 percent. This tells us that the relatively poor performance of other industry sectors is also a large reason for West Virginia’s poor job growth in the economic recovery. 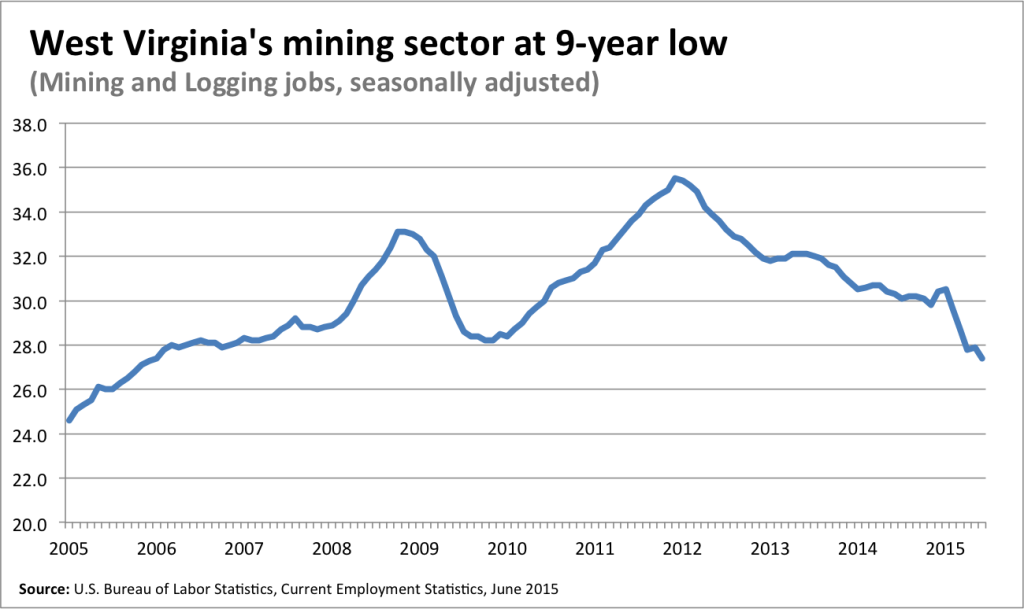 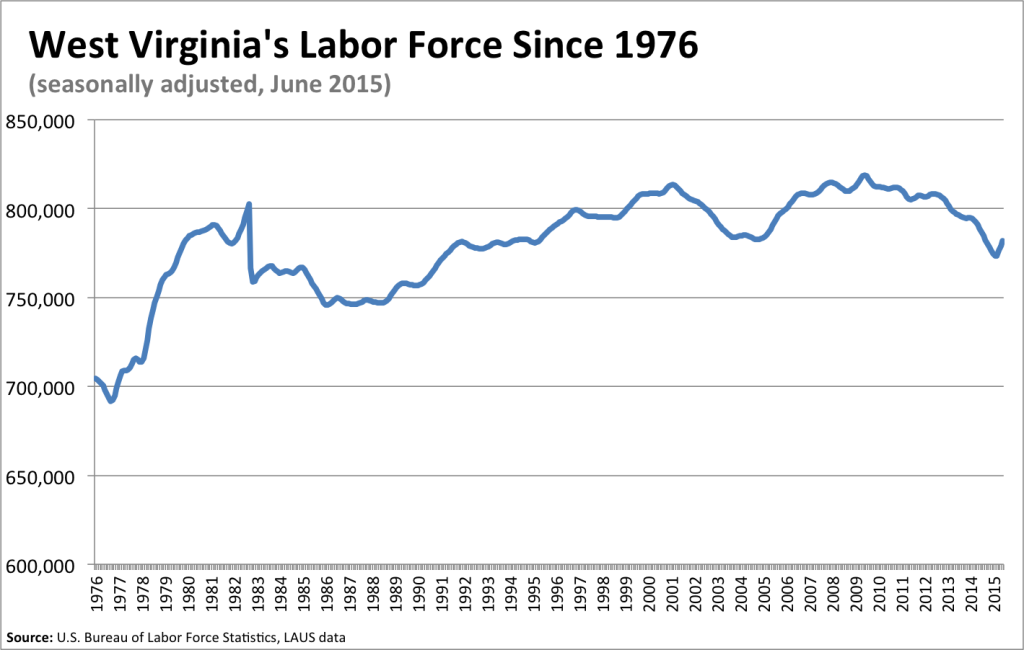 While the state’s economic recovery is in reverse, it is important that policymakers take the important steps needed to help get it back on course. This would start by efforts to push more people and places out of poverty by enacting a refundable state EITC, investing more in higher education (instead of cutting it) and infrastructure, and avoiding the tax cut mistakes of the past. While national trends (e.g. energy prices) and federal policies have a much larger impact on our state’s economy, well-targeted state policies that invest in communities and educate our children can help us in the long-run to get back to stronger economic growth, and more better-paying jobs.