Last week, the Pew Center on the States released a report that looks at the impact of the “fiscal cliff” on state tax revenues and spending programs. The report also includes a nice fact sheet on the impact to West Virginia.

On the revenue side, West Virginia, like several other states, is linked to the federal income tax code so expiring provisions within the “fiscal cliff” (e.g.expiration of 2001,2003, and 2009 tax cuts ) could increase state tax revenues in the state, including federal personal deductions in income taxes, business reductions in the corporate income tax, and the estate tax. 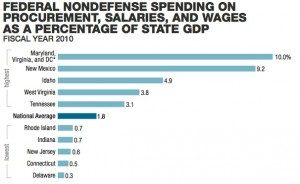 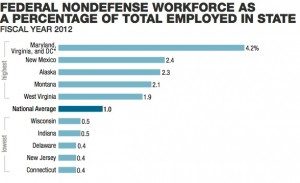 While West Virginia could certainly use the revenue, its benefits would be dwarfed by cuts in federal spending that flows into the state.

In other news, Craig Griffith is stepping down as State Tax Commissioner. Griffith has been a real asset to the state on tax policy over the last couple of years. Let’s hope they find someone as competent and hardworking to fill the position.