Blog Posts > Permanent Mineral Trust Fund: When Would It Be Fully Operational?
March 14, 2012

Permanent Mineral Trust Fund: When Would It Be Fully Operational?

Yesterday, our sister group in Kentucky – the Kentucky Center for Economic Policy – released a report advocating the creation of a coal severance tax trust fund. As readers know, this is something we’ve been pushing in West Virginia for over two years. So, it is great news to read that the idea is being proposed in our neighboring state of Kentucky.

One thing that was mentioned in the KCEP report that we failed to highlight in our report, was when the permanent fund will be fully ‘capitalized.” That is, at what point would annual dividends from the fund surpass the annual severance tax revenues.

As you can see from the chart, this would happen in about 20 years or 2033 if the fund began in 2013. At this point, the interest payments, or dividends, would be enough to equal the annual injection of severance tax revenue. By 2035, the fund would receive an estimate $176 million in severance taxes (1% of total severance tax collections) and be able to pay out $198 million in interest income toward economic diversification projections.

(Note: The figures are based on 2012 EIA projections of coal/natural gas price and production.) 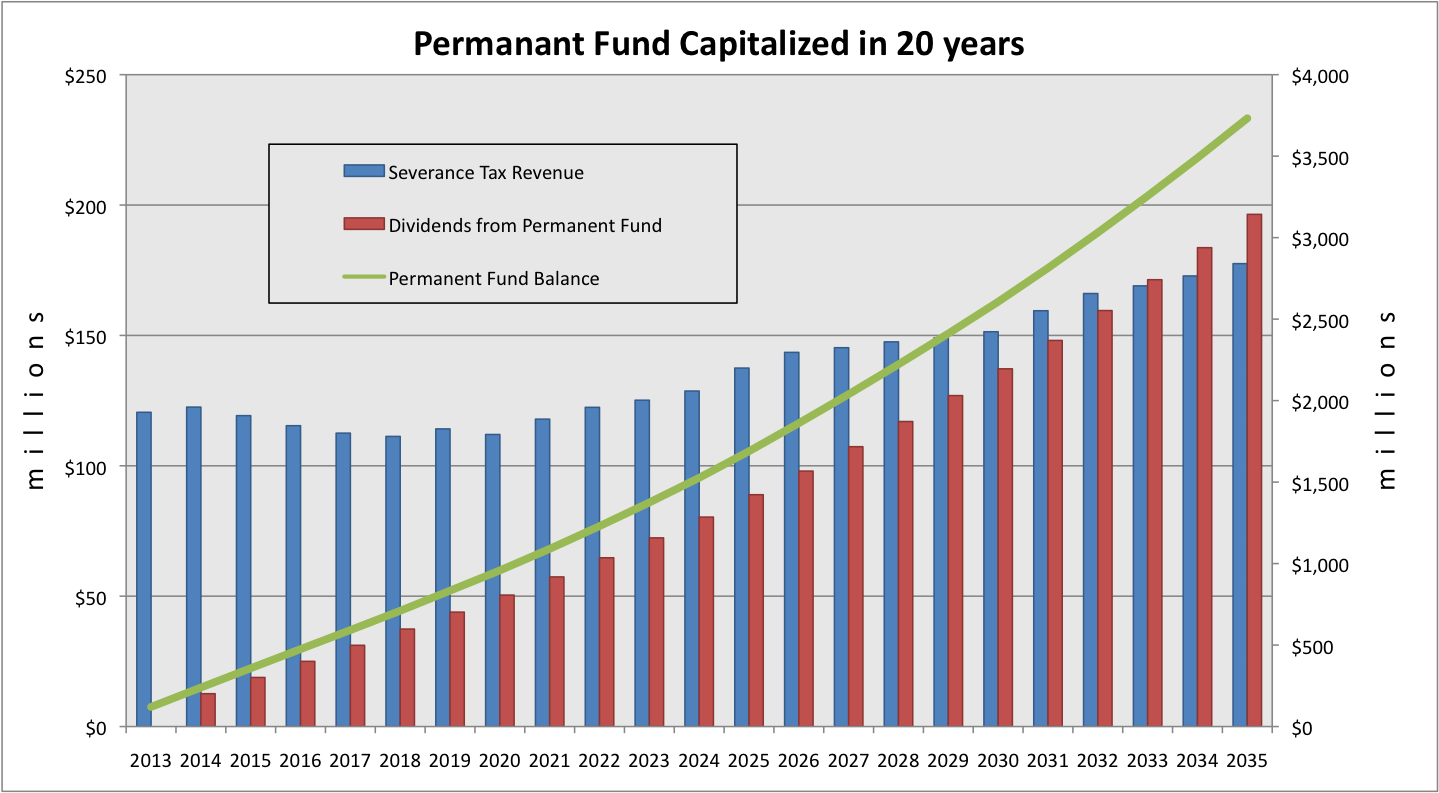