While some have blamed the state’s budget crisis on the decline of coal severance taxes, declining natural gas severance taxes are also taking their toll. The decline in mineral extraction, along with a weak economy and major tax cuts phased in between 2006 and 2015, is the central driver of the state’s weak revenue growth over the past several years and into the future.

In January 2015, the governor projected that total severance tax collections (not including local share) for the current fiscal year of 2016 would be $495 million (see graph below). This included $265 million in coal, $178 million in natural gas, and $52 million in oil, natural gas liquids (NGL), and other rock materials (limestone, gravel, sand, etc.). In January of 2016, the governor revised this estimate down by $227 million. About 70 percent of this decline, or $160 million, was attributed to shale gas and oil development (aka fracking) – including $120 million for natural gas and $40 million for oil and NGLs. The decline in coal severance taxes made up just $67 million, or 29 percent, of the projected decline in severance tax collection for FY 2016. 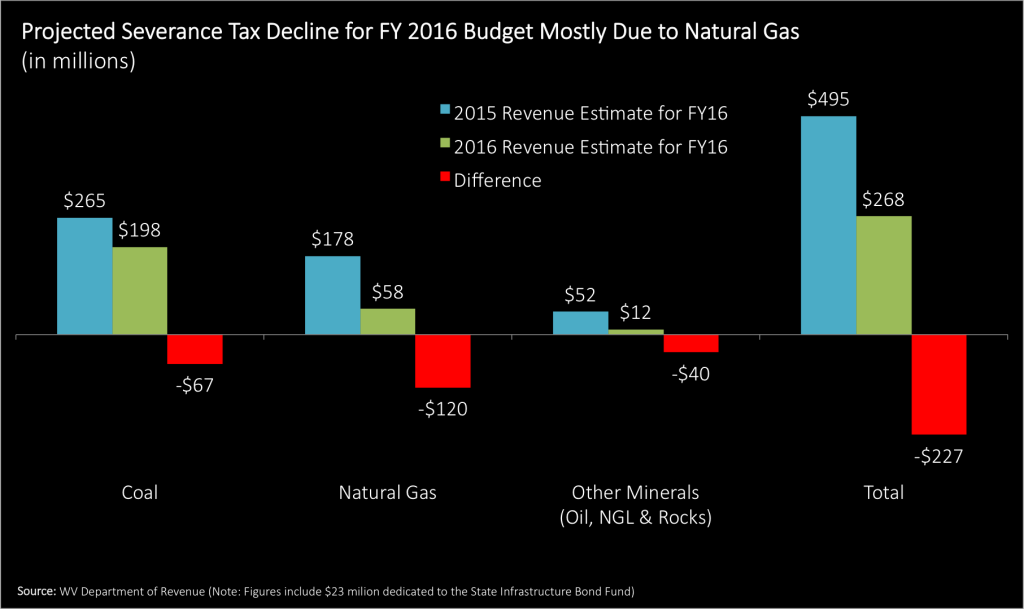 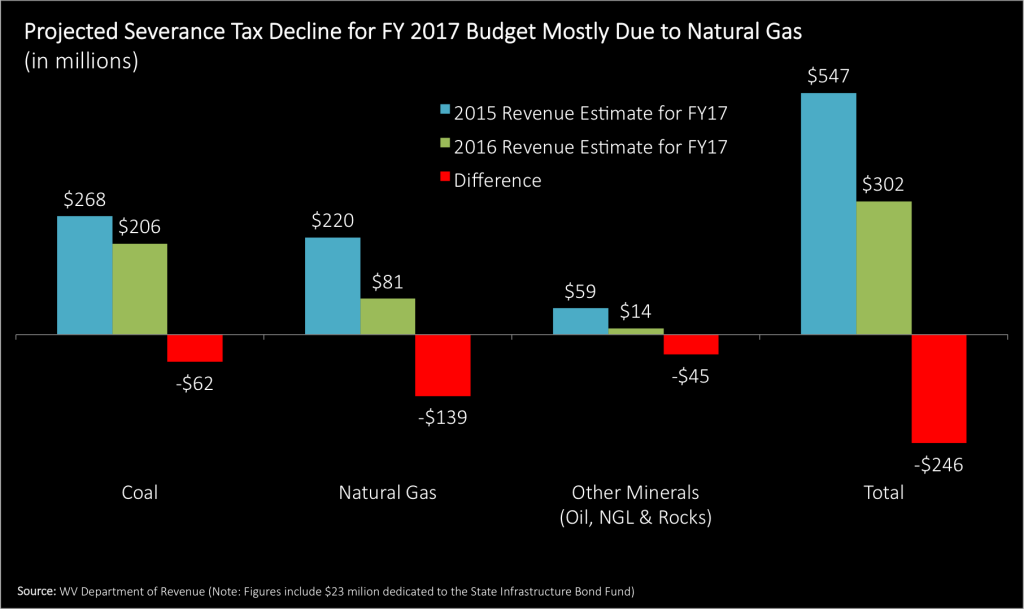 The sharp decline in natural gas severance tax collections isn’t due to production – which reached an all time high of 1.3 trillion cubic feet in 2015 – but the steep fall in national natural gas prices which is the result of an oversupply of natural gas in the United States. This abundant and cheap natural gas is also a main driver of the state’s decline in coal production, along with reduced demand and low prices for metallurgical coal, declining productivity, and new clean energy regulations.

One thing is clear from the steep drop in natural gas prices – it hasn’t hurt production. This means that the state should consider whether it levies an adequate severance tax on natural gas. As Sean has pointed out, severance taxes a have small impact on production but a big impact on increasing revenue. When the legislature reconvenes this spring to close the $558 million budget gap for FY 2017, it should consider raising the natural gas severance tax to help ensure that the state funds important priorities such as higher education.