On Friday, Floyd Norris of the New York Times had a piece on the increase in seniors working since 2006.  In West Virginia, we’ve seen a similar pattern. In 2011, approximately 13.2 percent of those 65 and older were employed compared to just 9.0 percent in 2006. In comparison, in 2011 49.9 percent of all West Virginians 16 and older were employed, compared to 53.0 percent in 2006. So while overall, fewer West Virginians are working since the recession, more seniors are. 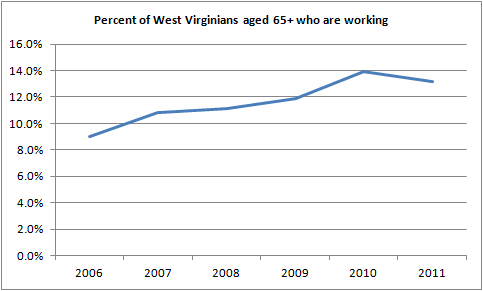 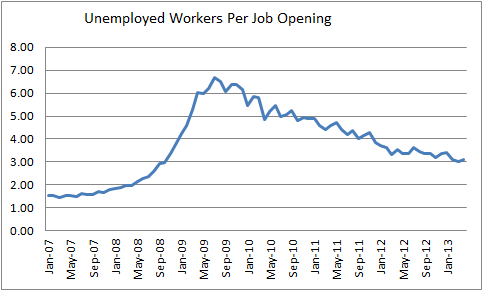 Source: WVCBP analysis of BLS data
While the increase in seniors working spiked during the recession, it is actually part of a longer term trend in West Virginia. The percentage of those 65 and older working in West Virginia has been growing steadily for over a decade. 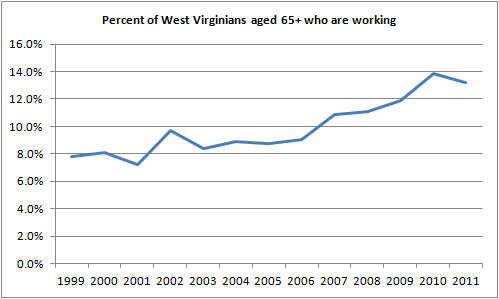 Source: WVCBP analysis of BLS data
One of the reasons cited for the increase in workers working past retirement age is the loss of wealth created by the bursting housing bubble. As economist David Rosenberg puts it in the linked article, “The fact of the matter is that this aging-but-not-yet-aged segment of the baby boomer class can’t afford to retire. Dreams of the 5,000-square-foot McMansion being a viable retirement asset have morphed into nightmares of a deflationary ball and chain.”
While the housing bubble was less severe in West Virginia, its effects and those of the rest of the financial crisis continue to have an impact on our workforce.