Since the national recession began in December 07, the unemployment rate has increased by 5.2 percentage points. During this time, the state has lost about 3% of its job base or 21,700 (non-farm) jobs. Construction has taken the biggest hit, losing 14.6% or 5,600 jobs. The manufacturing base has declined by 13.1% by losing 7,600 jobs. Based on working age population growth trends (0.8%), the Mountain State has a jobs shortfall of about 27,750 (the number of jobs we’d need if the recession didn’t happen).

While the current recession is clearly the worst in recent times, it’s not as severe as the 1980-81 Recession (see chart below). 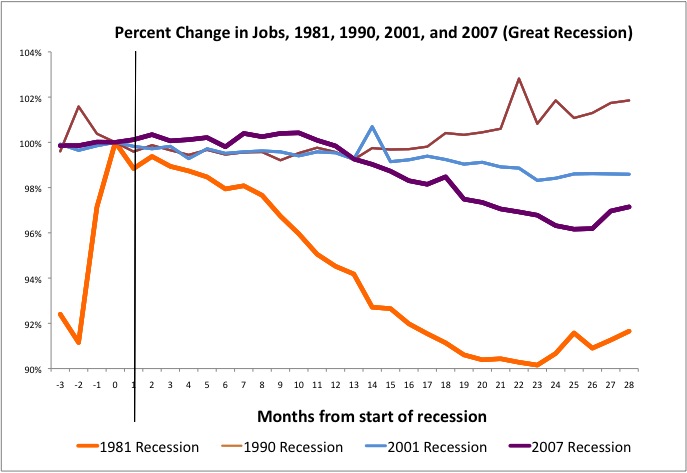 As we showed in our 2009 SWWV, the effects of the 1980-81 recession lasted for 13 years, measured from employment peak to employment trough, with job losses bottoming out at close to 100,000. It appears were heading toward another jobless recovery. I don’t expect we’ll see the state unemployment rate drop below 8% until (at least) next year.

A good gauge for tracking the end of a recession is by looking at new weekly unemployment insurance claims. The chart below shows initial UI claims in April for the last 11 years. The average over this period is about 6,600, or about 20 percent higher than April 2010. For us to be out of the weeds, we need to see this number move closer to the 6,500 mark by this time next year. 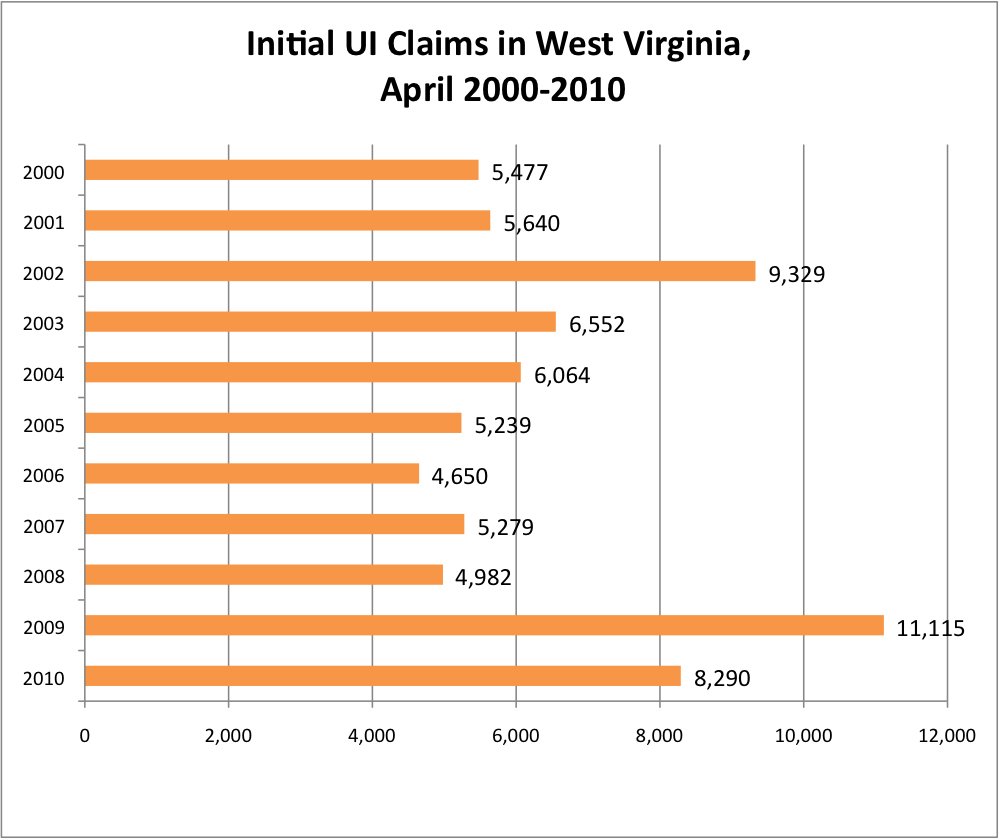