While the country is struggling to dig itself out of the Lesser Depression, the mining industry (oil, gas, and coal) has fared much better than most industries over the last three years. Currently, the unemployment rate in the mining industry is 4.5 percent, which is close to full employment, compared to 7.9 percent nationally. As the chart below highlights, mining has the lowest unemployment rate of any private sector industry in the country, according to BLS’s 2012 May report. 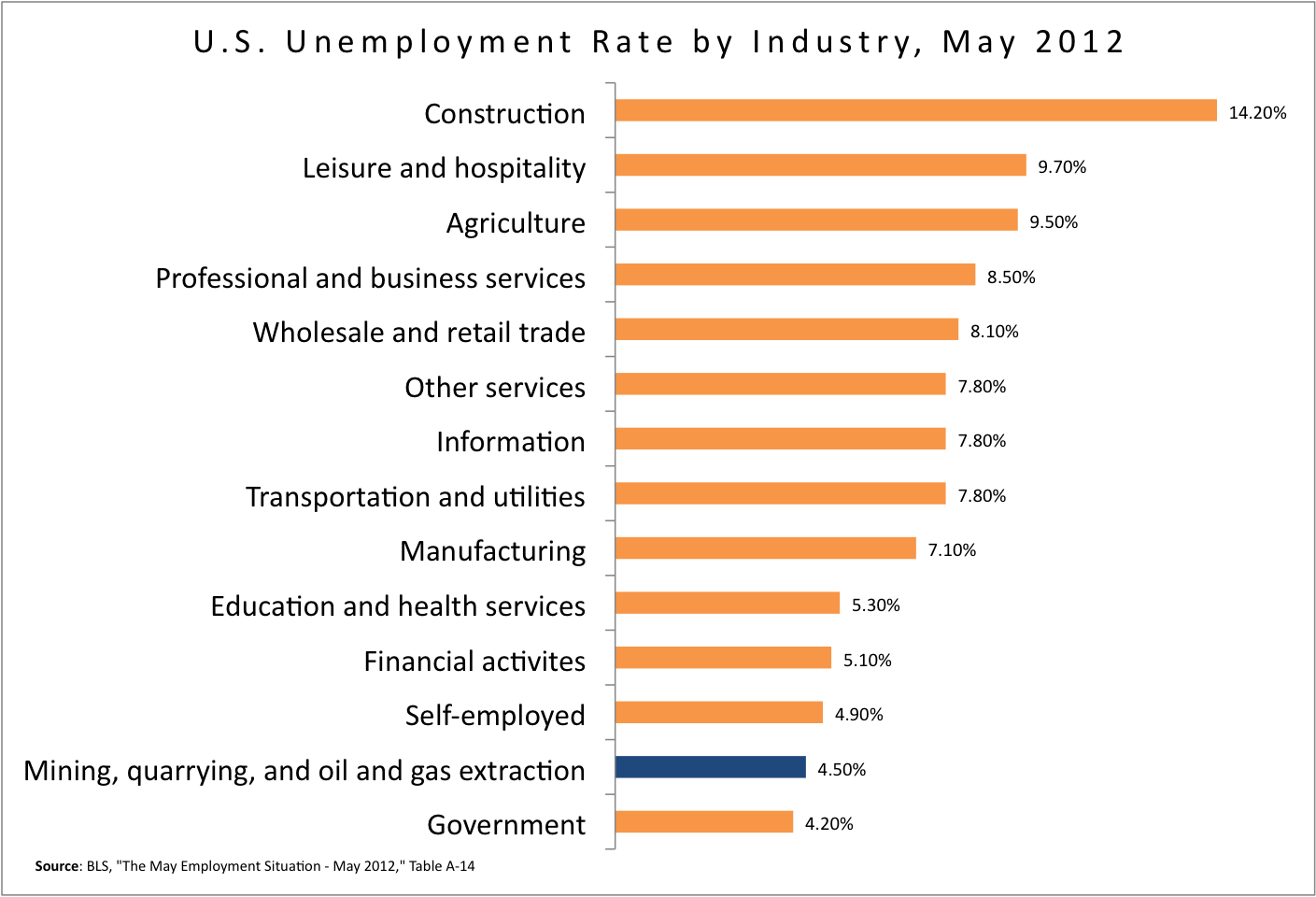 Job growth within the mining industry (NAICS Code 21) has also been strong compared to other sectors, growing from 680,800 jobs in December 2007 to 789,800 in May 2012. The chart below shows the percent change in employment by sector for two different time periods; since the beginning of the recession in December 2007 and the last six months. As you can see, mining employment in oil, gas and coal extraction has increase by16 percent since the beginning of the recession and has increased by 3.3 percent over the last six months. For both of these time periods, the mining sector outperformed all of the other super sectors in job growth. Over the last three months mining has grown by 0.2 percent, the same rate as total non-farm employment. 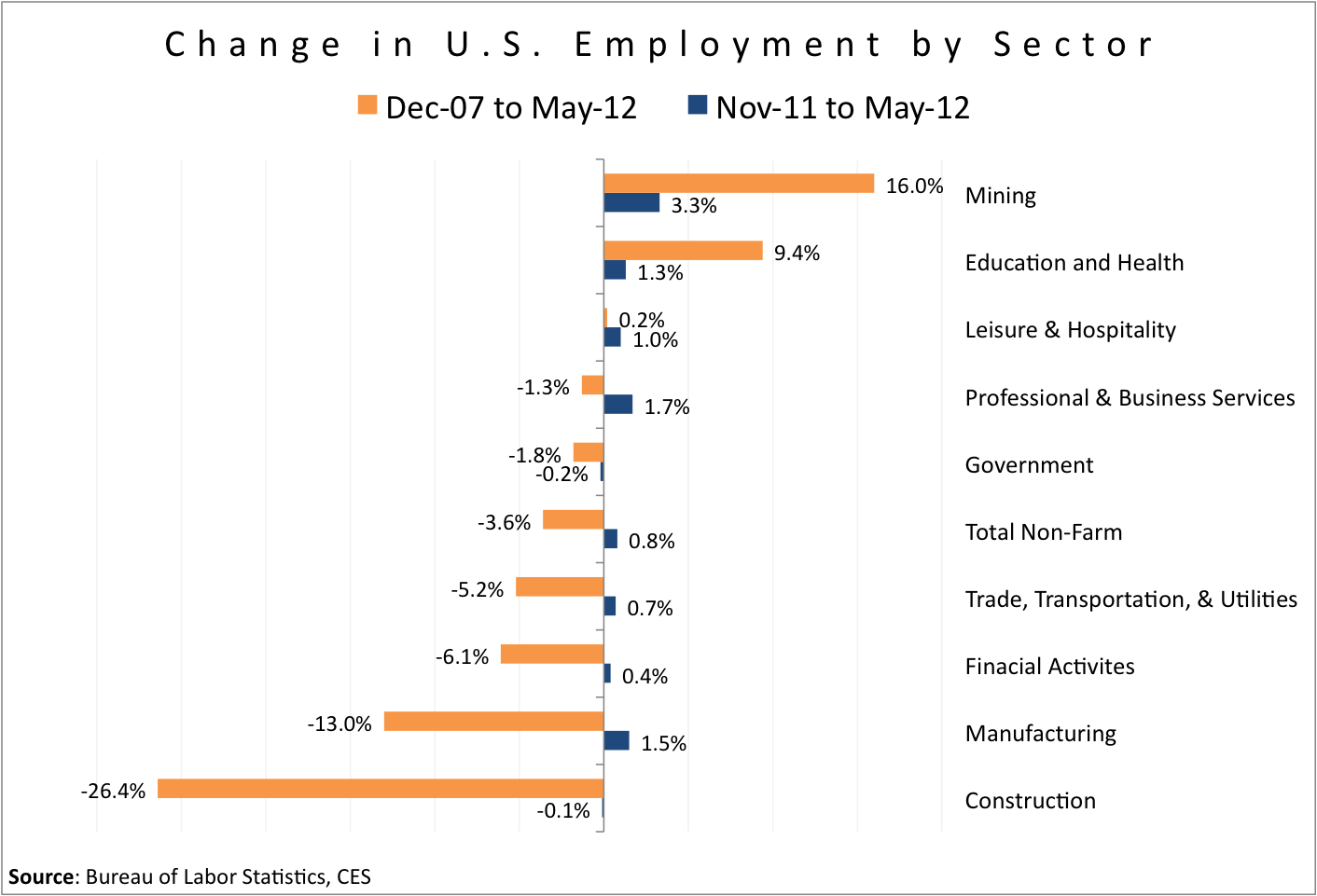 Looking a little closer at the different mining sectors, oil and gas extraction has performed the best since the beginning of the recession – increasing its jobs base by over one quarter. Coal mining employment has declined by 1.5 percent over the last six months, however its almost 11 percent higher than it was prior to December 2007. Ironically, the decline in coal employment over this period is presumably tied to the growing natural gas sector that is displacing coal jobs. 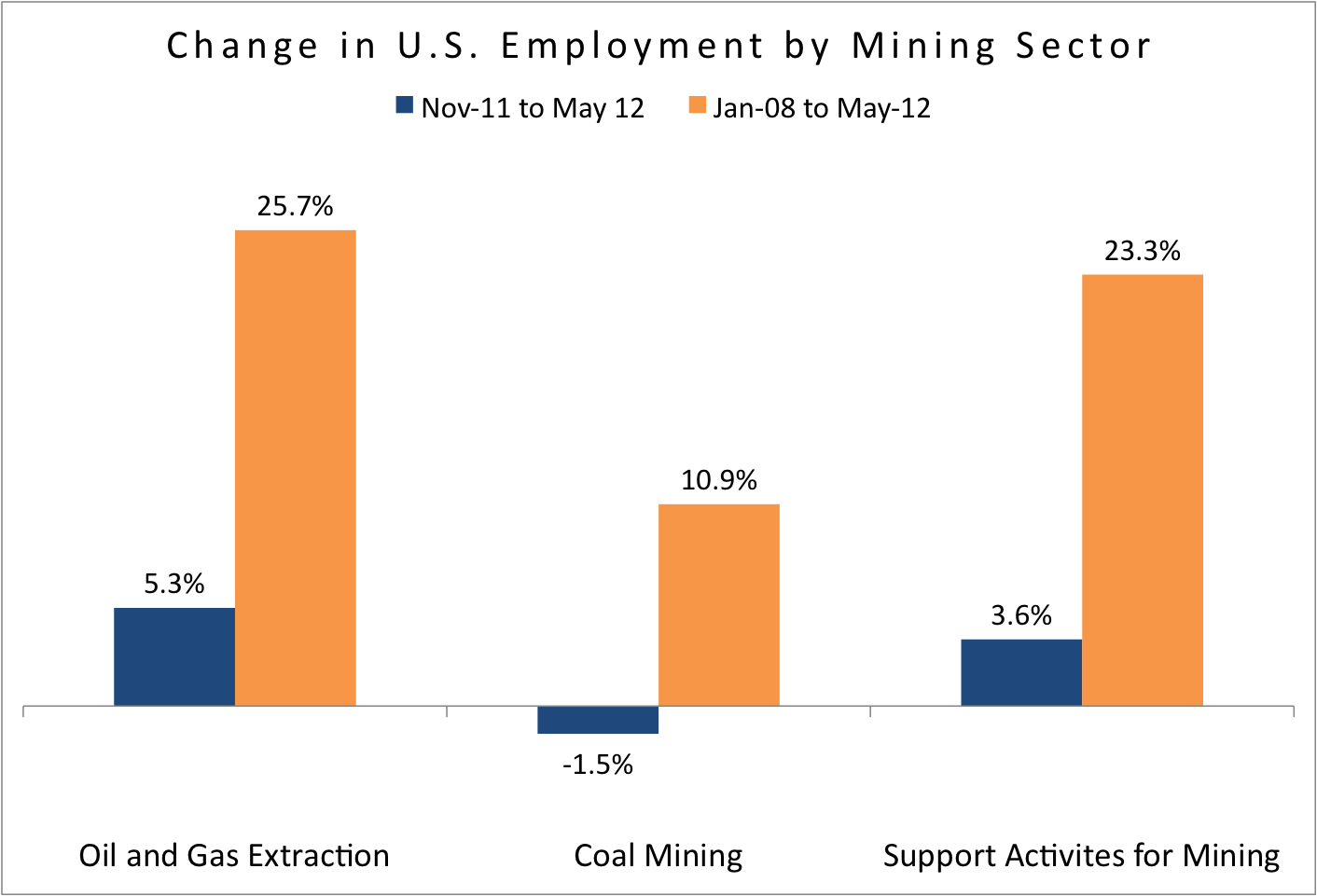 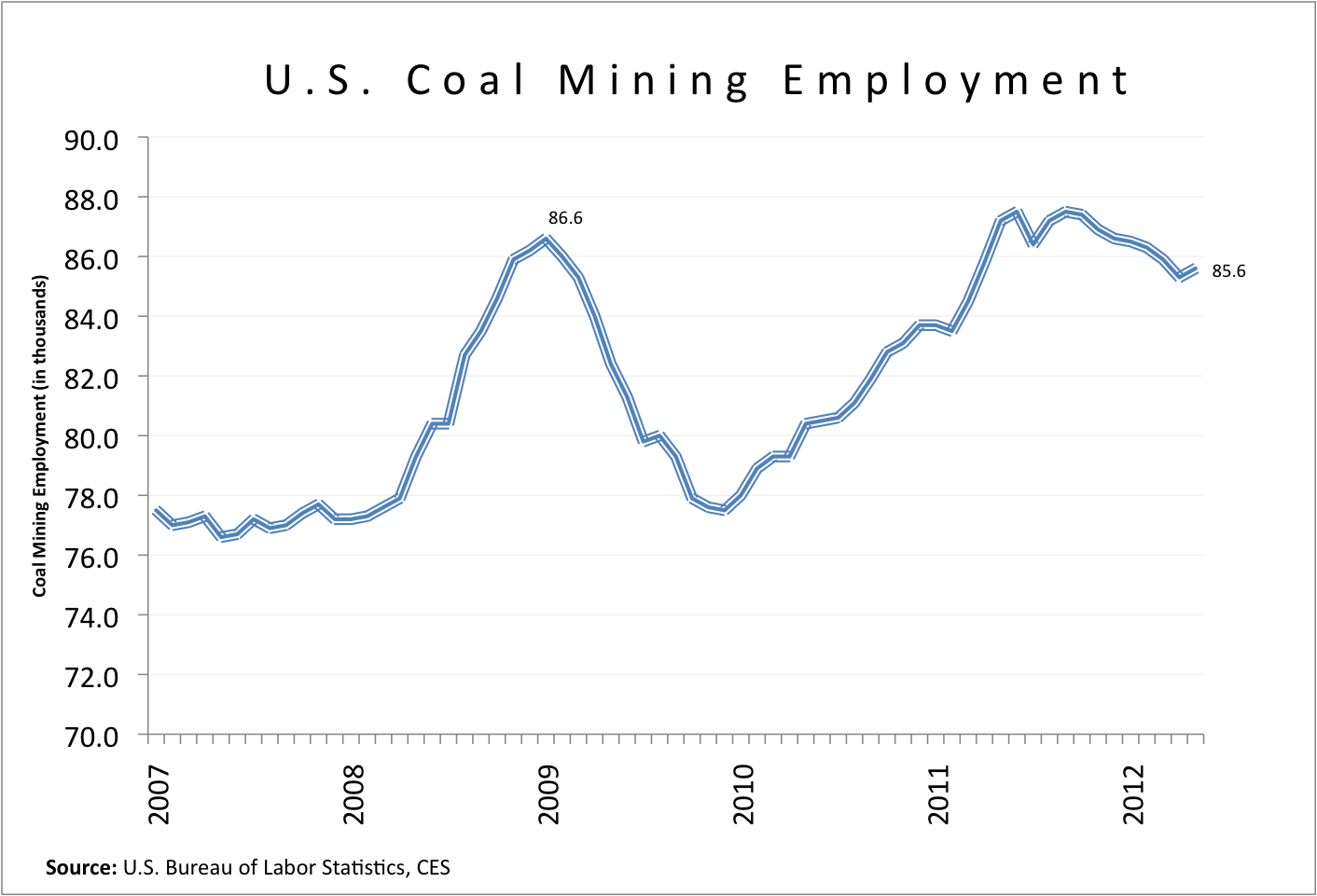