Over at the Wheeling Intelligencer there seems to be some confusion about the growth and the number of natural gas jobs in the state, with estimates ranging from about 2,200 to over 16,000. Compiled below is a breakdown of natural gas sector job growth based on an analysis we did back in November.

These annual figures are from Workforce West Virginia and include data for each natural gas sector that is available. A recent WVU report funded by the WVONGA uses the same sectors.  As you can see, job growth in the natural gas industry increased by almost 19 percent or by 1,460 from 2010 to 2011. The largest growth was in oil and pipeline construction sector, which grew by over 53 percent or by 661 jobs.

The Wheeling Intelligencer, which reports that jobs in the natural industry declined from 2,244 in 2010 to 2,179 in 2011 – a decrease of 65 jobs, only looked at one sector of the natural gas industry. As you can see in the first bar of the chart below, employment in “oil and gas extraction” (NAICS Code 211) did decline by 65 jobs. However, it is important to also look at other natural gas sectors before concluding that jobs are declining in the “natural gas and oil industry.”  This is because the industry is much bigger than just drilling, it also includes pipeline construction and transportation and support activities. 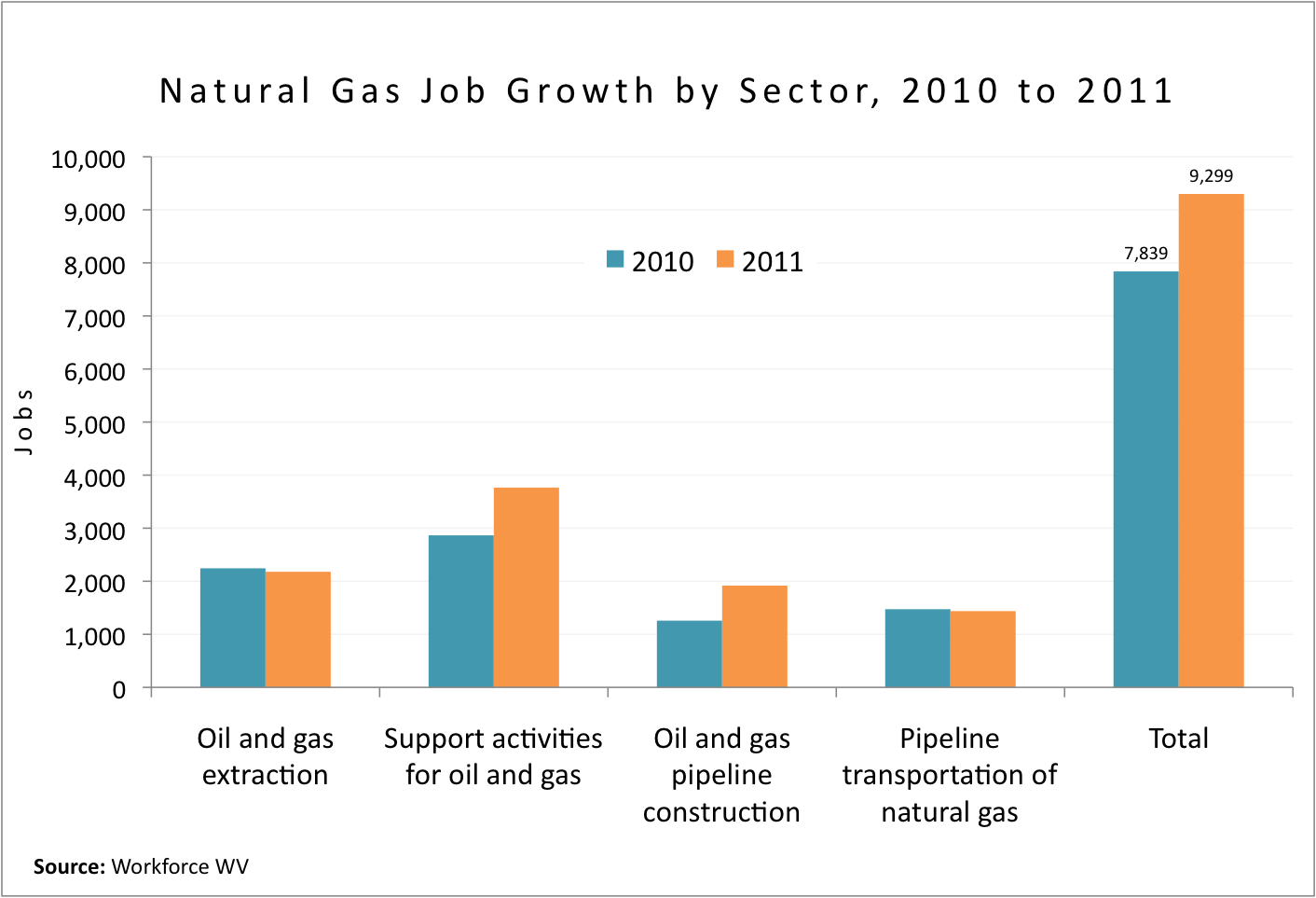