On Sunday the Martinsburg Journal reported that attorney Brian Peterson with the law firm of Bowles Rice sent a memo to its clients warning of technical flaws and “unintended consequences” contained in HB 4283, which raises the state minimum wage from $7.25 to $8.75 an hour by 2016. Fortunately, many of the so-called “flaws” in the legislation are, in fact, good for working families and they align West Virginia code with other states. The bad news is that lobbyists who opposed increasing in the state’s minimum wage may use this memo as ammo to get Governor Tomblin to veto the bill (he has until Monday, April 1 to veto any bill).

In response, the National Employment Law Project has released a memo  outlining the problems contained in the Bowles Rice memo. 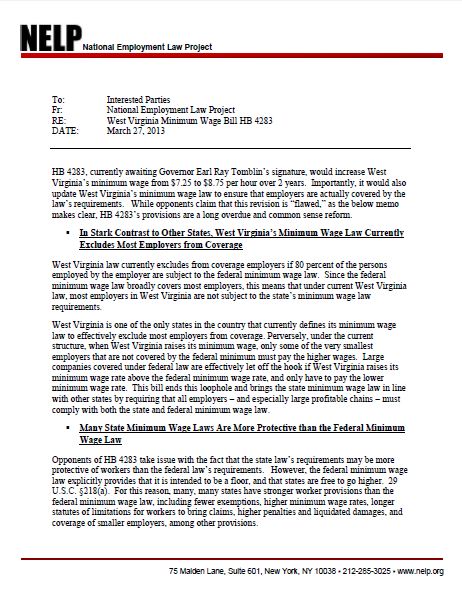