This week, Governor Justice announced that he will form a Census Committee to help ensure that the state gets an accurate number during next year’s count.

The WVCBP and our coalition partners have publicly urged the governor to take this step and we applaud this move.

Our message included the following statement from Kelly Allen, our Director of Policy Engagement: “At risk in West Virginia is over $6 billion annually in federal funds guided by census data and one of our three Congressional seats. West Virginia is an outlier in our lack of statewide preparedness for the 2020 Census. We also face unique challenges here in West Virginia that could make our census count more difficult, including our rural landscape and lack of broadband connectivity.”

Thanks to everyone who contacted the governor’s office to urge him to adopt this policy. Read more in this week’s Parkersburg News and Sentinel. 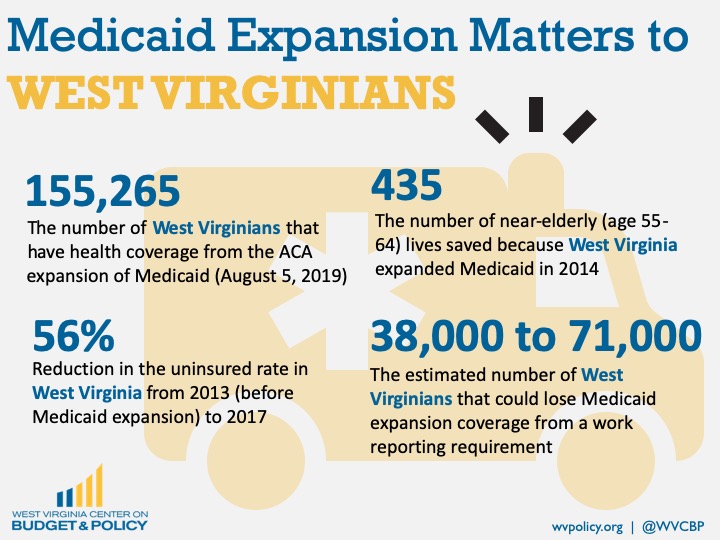 Save the date for the 2nd annual Food For All Conference taking place October 10 in Summersville, WV.

The Food For All Conference is a one-day summit for those fighting against hunger and food insecurity in West Virginia and an opportunity to work together towards bold ideas that secures food access and equity for our communities.

A new Trump administration proposal would change the civil rights rules dictating whether providers must care for patients who are transgender or have had an abortion. Fundamentally, the proposed rule would overturn a previous rule that forbids health care providers who receive federal funding from discriminating against patients on the basis of their gender identity or whether they have terminated a pregnancy.

The proposal would eliminate those protections, enabling providers to deny these groups care or insurance coverage without having to pay a fine or suffer other federal consequences.

That may mean refusing a transgender patient mental health care or gender-confirming surgery. But it may also mean denying patients care that has nothing to do with gender identity, such as a regular office visit for a bad cold or ongoing treatment for chronic conditions like diabetes. Erasing these protections from discrimination on the basis of gender identity is not only discriminatory but against the public health and the mission of HHS.

Read more. Submit your comment to oppose this rule (due August 13).

The Consumer Financial Protection Bureau (CFPB) has proposed a rule that allows consumers to be subject to a new level of harassment by debt collectors. Once again, the current CFPB is siding with abusive debt collectors instead of protecting consumers.

Let your voice be heard! Submit a comment to the CFPB and tell them to promote fair debt collection practices and protect consumers from abuse. Comments are due by August 19.