Currently, the State Tax Department has natural gas severance tax collections projected through 2022. Based on those projections, the severance tax change in SB 576 would cost the state a total of $175 million between FY 2017 and FY 2022.

It also should be noted that natural gas production in West Virginia has had no problem quintupling in recent years with a 5 percent severance tax rate. And production has continued to reach record heights even as prices have plummeted. 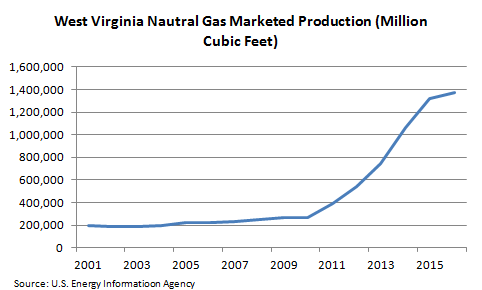 With its current budget problems, the last thing West Virginia should be doing is lowering its severance tax on natural gas extraction given our state’s looming budget crisis. The severance tax is a highly exportable tax that has very little impact on local production growth or jobs. Instead the state should be ensuring that we are adequately taxing our non-renewable minerals to help diversify and grow our economy.