The decline in union coverage in West Virginia and across the United States is one of the central reasons for wage stagnation and the loss of hard-fought union benefits like pensions. West Virginia can help reverse this trend by eliminating “Right to Work” and by letting public employees collectively bargain. 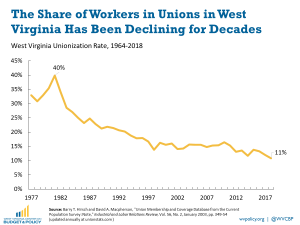 Even as workers are increasing productivity, corporations are sharing less of their earnings with workers, leading to stagnant wages and soaring income inequality. 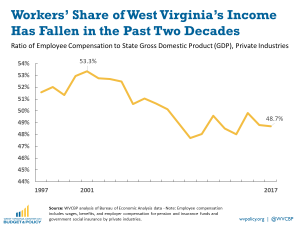 Over the last several years, the amount of West Virginia’s workers with employer-based retirement plans has dropped significantly from almost 50 percent in 2010 to just 35 percent in 2017. 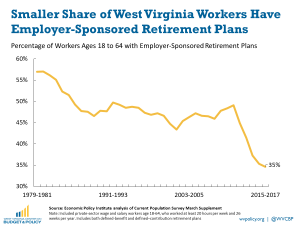 Today’s typical West Virginia worker- the worker in the middle of the wage distribution- makes over a dollar less per hour than in 1979 after adjusting for inflation. 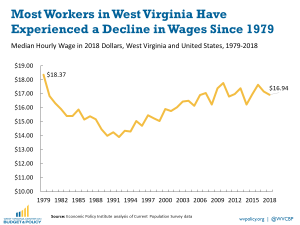 Families put in nearly 700 more work hours per year today compared to 1979. To help working families, we need to pass policies that will lift them up and help them thrive. 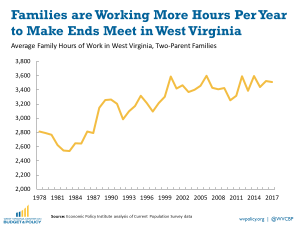