As Sean and I have both touched on, one of the central factors causing the decline in Central Appalachia coal production is the exhaustion of thicker, more easy to mine, coal seams.

As the chart below shows, coal mining output per worker as been declining since 2000 and fell to its lowest point in 2008. Manufacturing – which unlike coal over the period as been shedding jobs – has seen a growth in productivity. In 2000, real coal mining GDP per worker was just about $250,000 compared to just $150,000 in 2010. Manufacturing, on the other hand, grew from about $80,000 per work to almost $100,000 after adjusting for inflation. 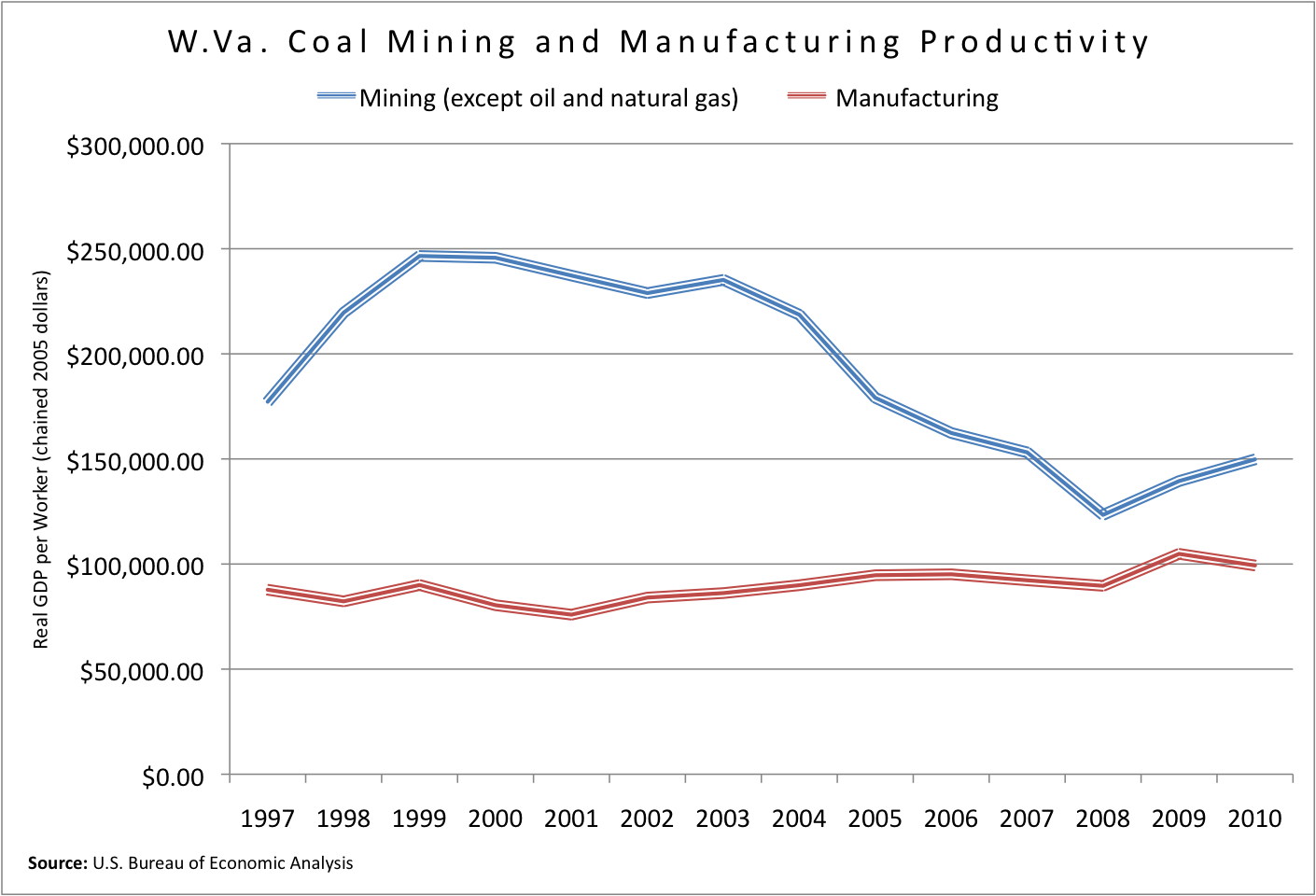 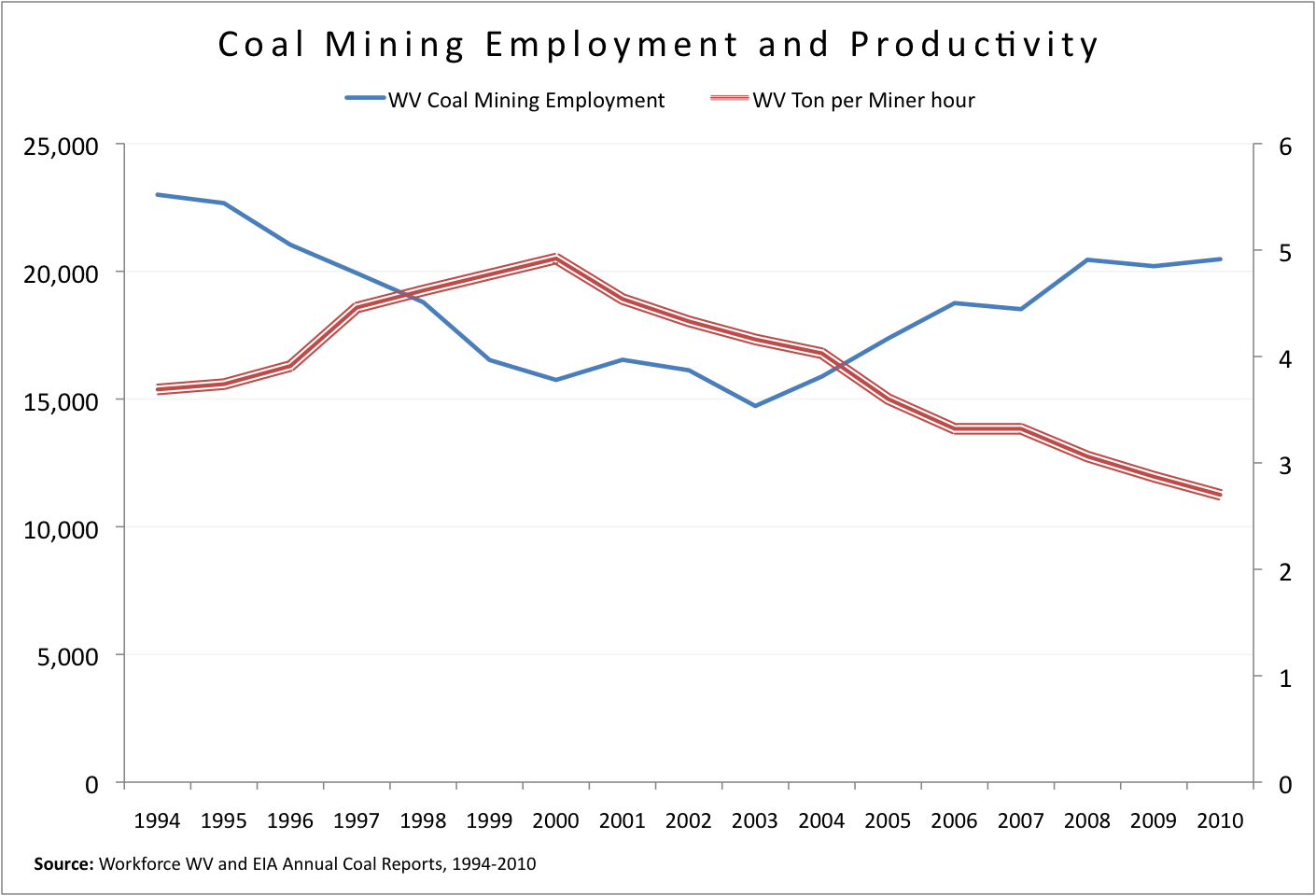