In 2008, West Virginia produced 157.8 million tons of coal according to EIA. By 2020 this could drop to 90.1 million tons, a decrease of over 42 percent. As shown below, our 2011 estimates are pretty in line with the estimates from this year’s energy outlook. 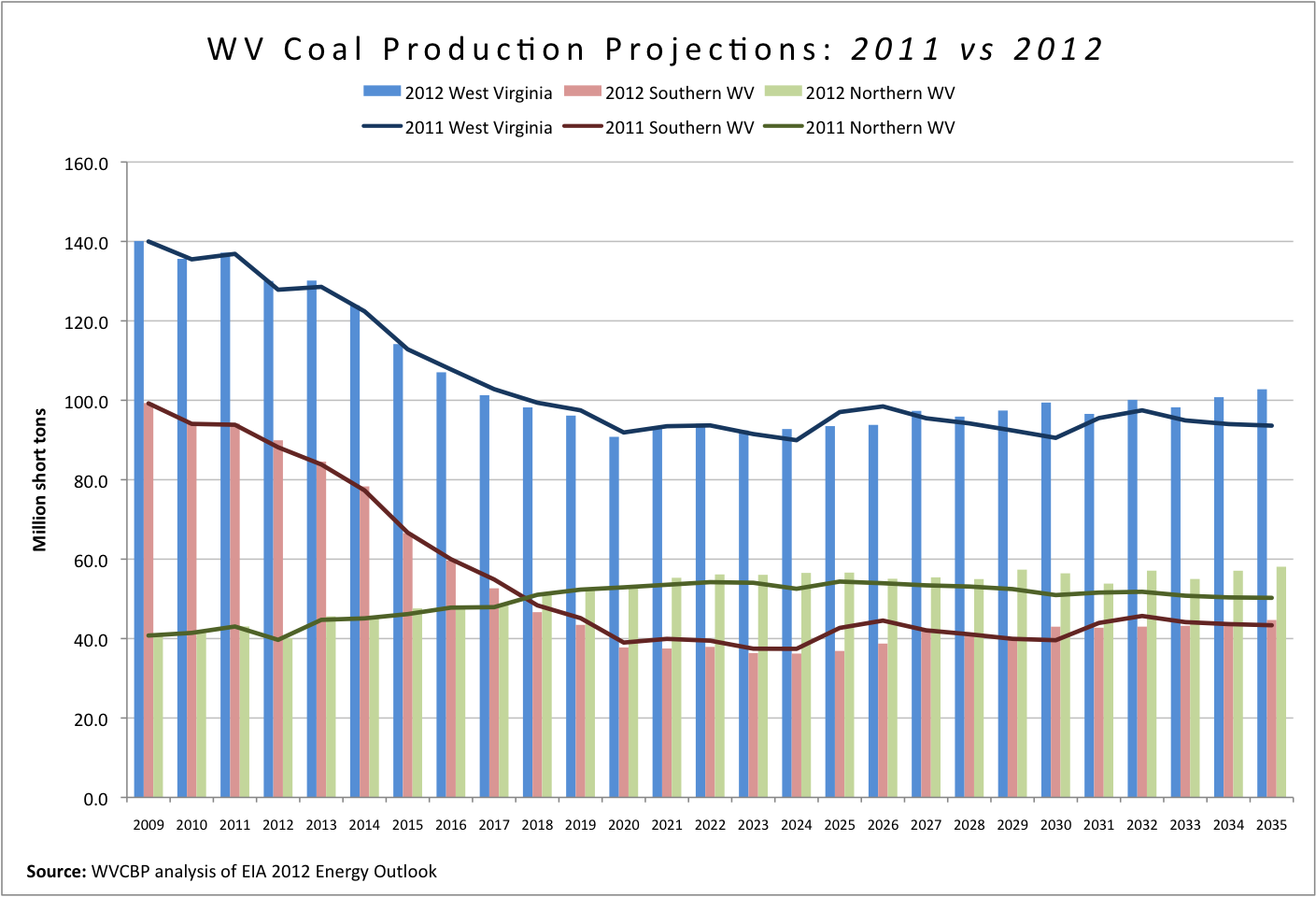 The decline in central Appalachian production coal (and southern West Virginia coal production) is mostly due to the decline in steam coal. As the chart below shows, steam coal (bituminous) that is used primarily in electricity generation is expected to drop from 158 million tons in 2009 to just 28 million tons by 2020 – a decline of over 82 percent. Meanwhile, premium coal (metallurgical) coal production is expected to more or less be the same over this time period.

According to EIA’s report, “Appalachian coal production declines substantially from current levels, as coal produced from the extensively mined, higher cost reserves of Central Appalachia is supplanted by lower cost coal from other supply regions. An expected increase in production from the northern part of the Appalachia basin, however, moderates the overall production decline in Appalachia.” Coal production from the West (mainly the Powder River Basin in Wyoming) increases from 625 million tons in 2009 to 780 million tons in 2035. The report also says higher prices of Appalachian coal is the result of lower productivity (thinner seams):

In the Appalachian region, the average minemouth coal price increases by 1.7 percent per year from 2010 to 2035. In addi- tion to continued declines in coal mining productivity, the higher price outlook for the Appalachian region reflects a shift to higher-value coking coal, resulting from the combination of growing exports of coking coal and declining shipments of steam/thermal coal to domestic markets. Recent increases in the average price of Appalachian coal, from $1.28 per million Btu in 2000 to $2.77 per million Btu in 2010, in part a result of significant declines in mining productivity over the past decade, have substantially reduced the competitiveness of Appalachian coal with coal from other regions.