Over at Coal Tattoo, Ken Ward started an informative discussion about economic development and the mining industry in West Virginia. Ken asked, “If coal is so good, then why it W. Va. so poor?” A great question, and one that has been around (at least) since John Alexander Williams asked it several decades ago.

As we showed in our recent report, there is a correlation (not causation) between high concentrations of county mining employment and county impoverishment. One reason given by scholars that might help explain part of this phenomenon is ‘rational underinvestment” in education in areas with high concentrations of coal mining. The theory is that counties with high concentrations of mining employment do not to make investments in higher education because mining employers seek a labor force with relatively lower (formal) education skills, which leads to a lack of economic competitiveness and impoverishment. As we know from countless business surveys, the #1 reason businesses chose to locate to a specific area is the availability of a skilled labor force.

As we noted in Booms and Busts (the title still makes me laugh), “highly educated workers
tend to be more productive and innovative, making them more valuable to employers, attracting a diverse range of industries to an area.” While educational level does not explain the whole economic story, it definitely helps explain why some counties have fallen behind in the post-industrial age more than others. 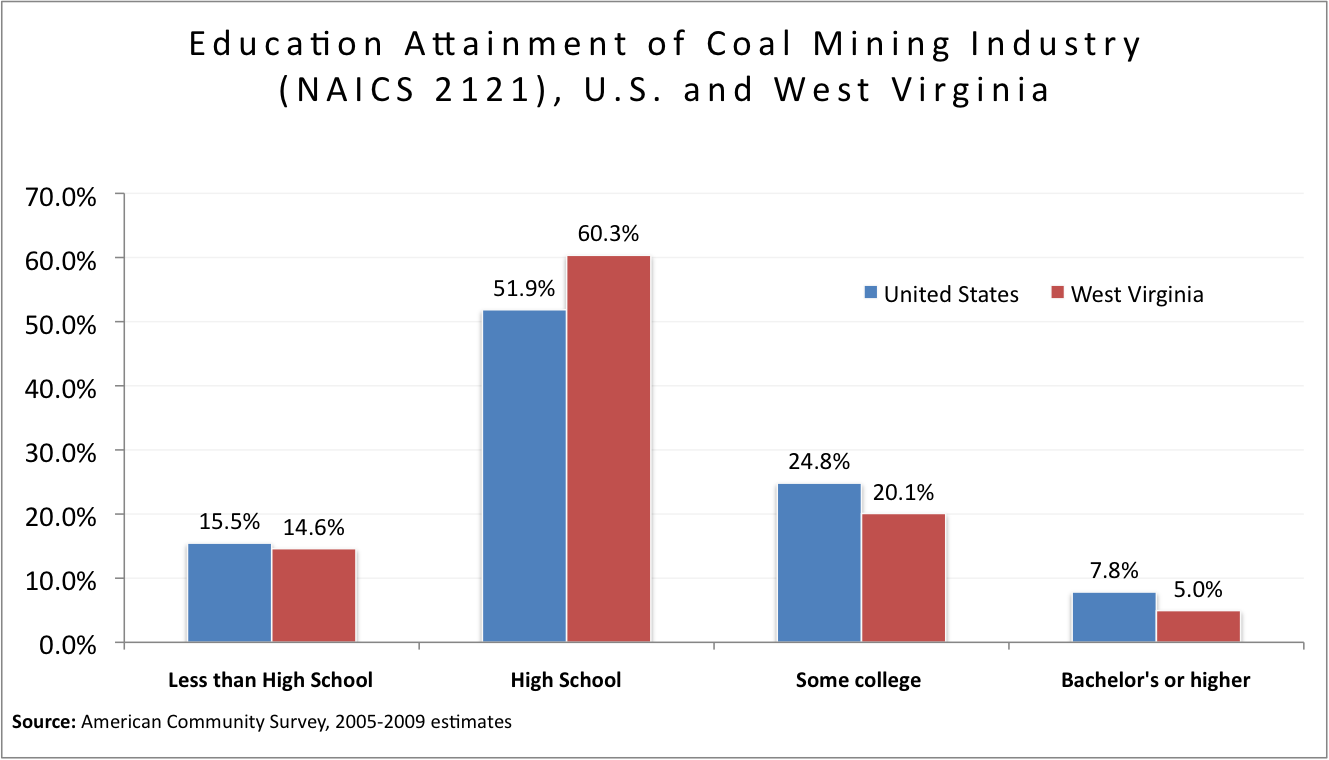