Despite a slight decrease in the unemployment rate to 8.6 percent, West Virginia lost approximately 5,000 jobs in May 2011, the largest one-month drop since July 2009. The strong growth seen in April 2011 has been negated, and West Virginia currently has 11,700 fewer jobs than at the beginning of the recession. The state has only gained 900 jobs in 2011. 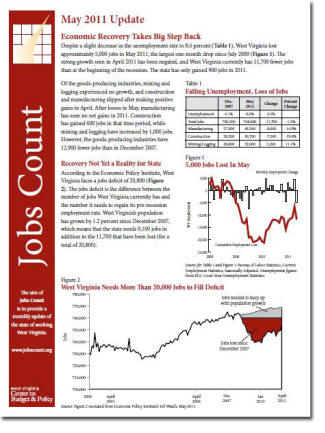