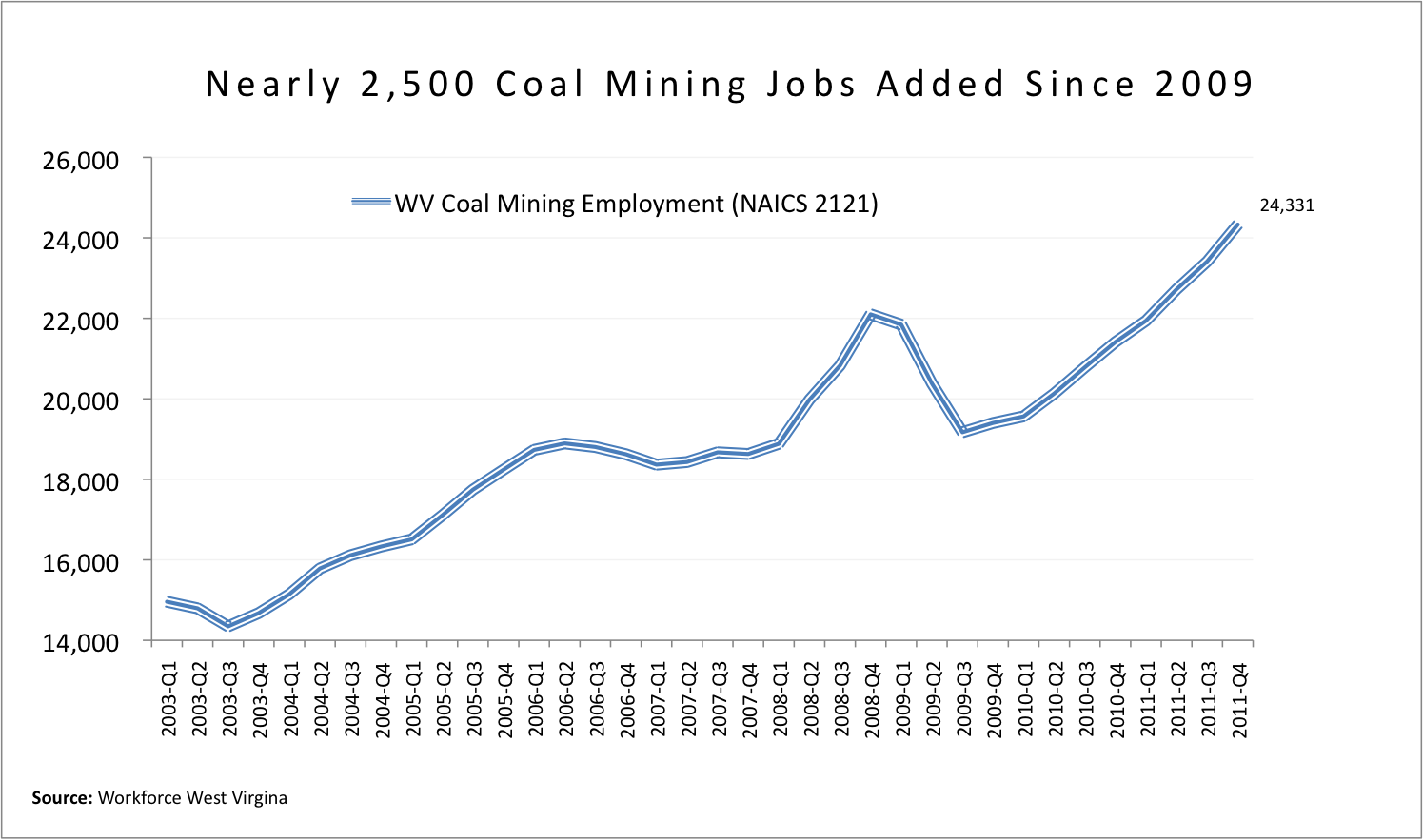 This chart from BLS shows monthly employment in mining and logging, which includes coal mining employment (coal mining employment is only available by quarter). At its peak in January of 2012, about 34,900 folks where employed in these industries (coal mining, gas and oil drilling, and logging). In May, this number dropped to 32,600 – a difference of about 2,300. Employment in gas and oil extraction has been rising rapidly lately (from 5, 570 in 2011-Q1 to 6,288 in 2011-Q4). Depending on gains in natural gas extraction since 2012, it hard to tell how much is attributed to layoffs in the coal industry.  Assuming that natural gas extraction employment remained steady, than most of this employment decline is probably due to the recent layoffs in the coal mining sector. However, even a decline of 2,300 would not take coal employment back to pre-2009 levels.

Looking over the last two decades, annual coal mining employment in 2011 was about 25,000. This was higher than at any time since 1992, when coal employment was 26,600. Both of these figures include coal support activities. 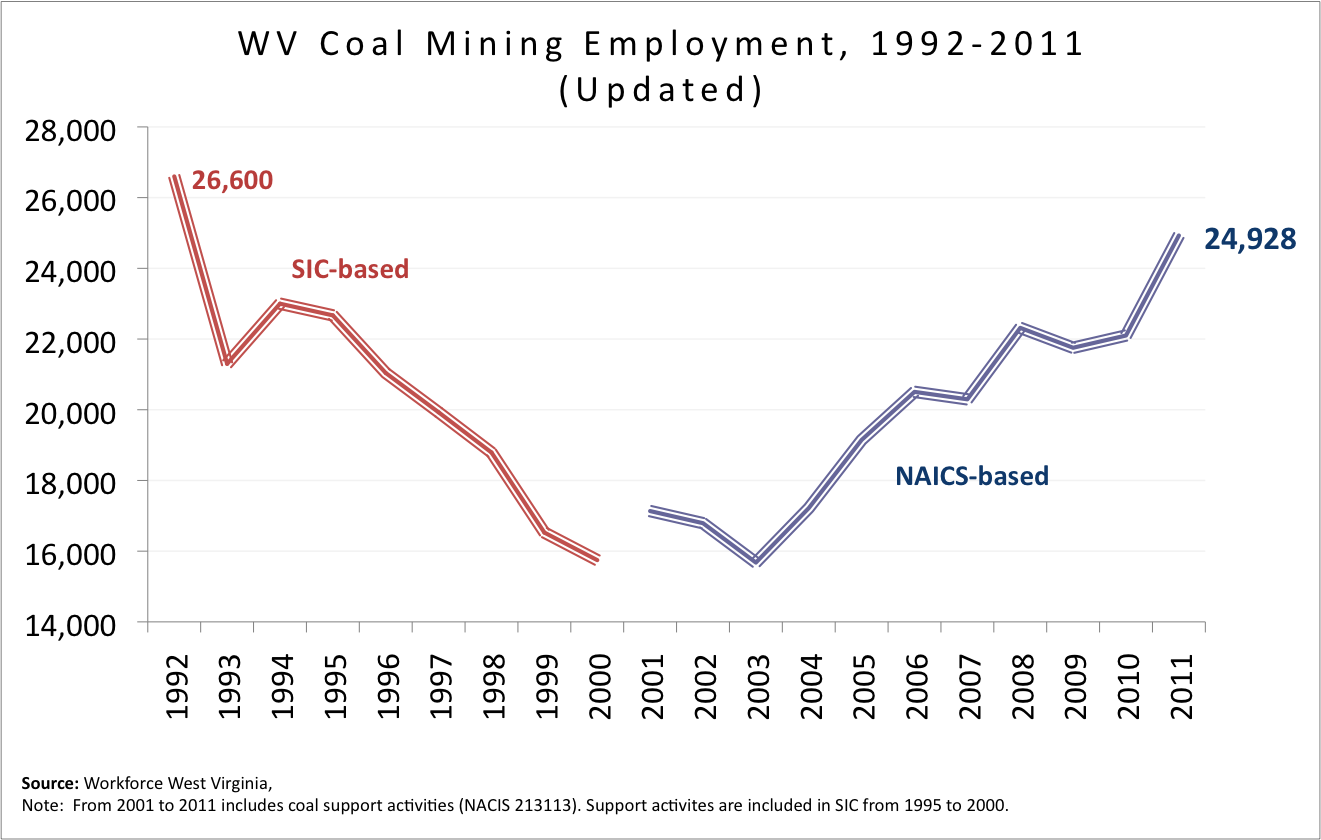