Reaction to President Obama’s Clean Power Plan, which calls for a decrease in carbon emissions in order to combat climate change, came quickly this week, as reported in the Charleston Gazette-Mail. Many policymakers in West Virginia are threatening legal action in what they see as an attack on the region’s already-struggling coal industry.

Coal production has been on the decline for years, particularly in central Appalachia, in large part due to the huge increase in natural gas production, much of that right here in West Virginia. As Ted stated in the article, “coal is running out of customers and we need to adapt our economy to one that produces more clean energy that customers want. A crucial aspect of ensuring that the Clean Power plan works for West Virginia will be the ability of our congressional delegation to push strongly for investments to help coal communities diversify their economies and protect the pensions and benefits of coal miners.” 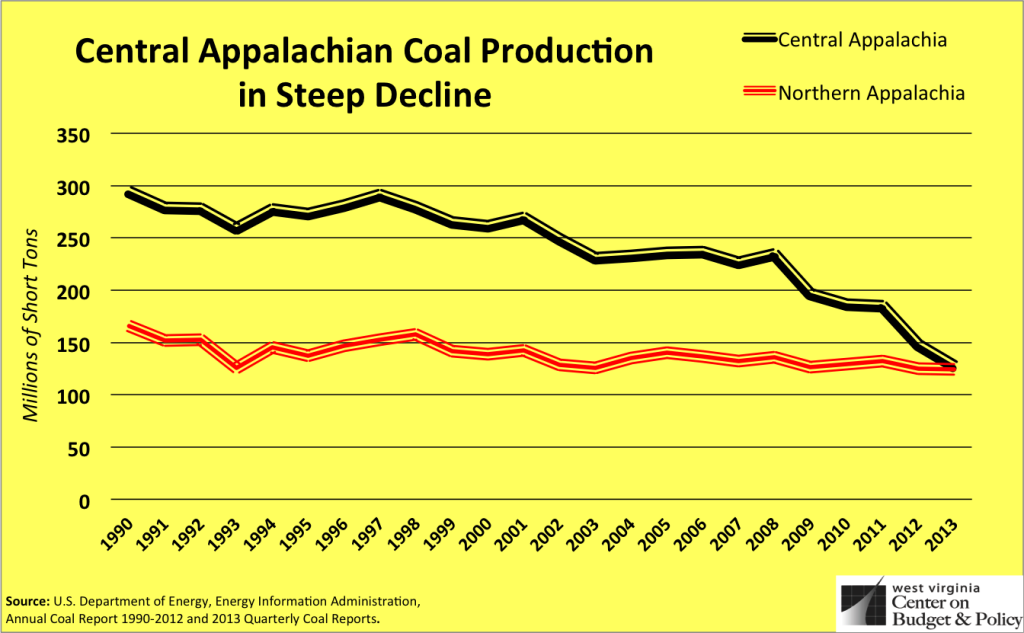 Along with coal-mining jobs, West Virginia has lost many of its manufacturing section jobs in recent years. A reminder of those losses came this week when Century Aluminum announced it would shut down.

It is also a reminder that West Virginia needs to do more to build jobs of the future, as Ted states in this Charleston Gazette-Mail article.

As Medicaid turns 50, an oped by WVCBP President Renate Pore explains why it is such an important program for West Virginia families and children.

More than half of all children in West Virginia are covered by Medicaid and the Children’s Health Insurance Program (CHIP). And research shows that providing children with quality health care coverage makes them healthier, more productive adults. 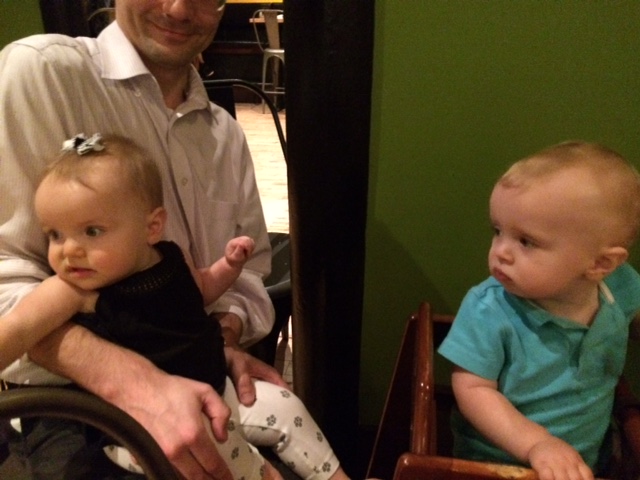 Save the Date – Eric Foner to Speak in Charleston

This year’s McCreight Lecturer is Pulitzer Prize-winning author and historian Eric Foner. His 7:30 p.m. lecture on October 22 at the University of Charleston is free and open to the public.

Register Today for the Beckley and Huntington Our Children Our Future Policy Workshops! 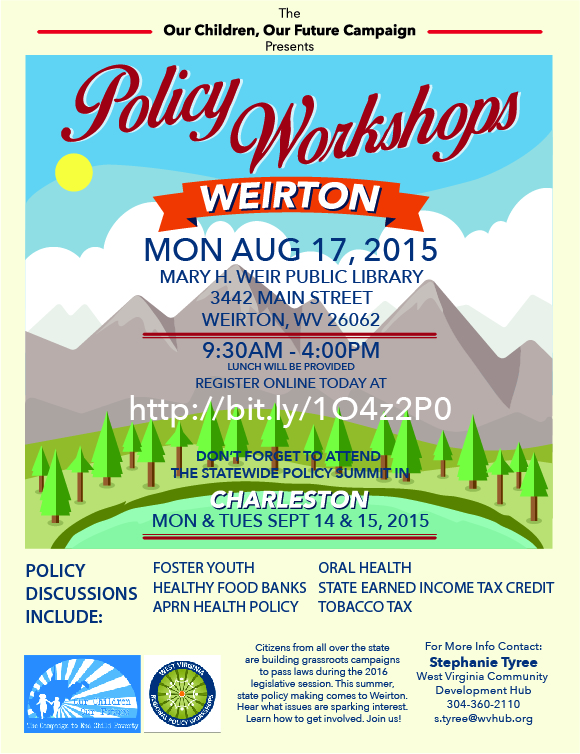