Blog Series: The Impact and Future of the W.Va. Coal Economy

Over the next several weeks, we will be publishing several blog posts examining the facets of the coal economy in West Virginia. We recently published a report looking at the fiscal impact of coal on the state budget. It found that while coal does provide millions in revenue and thousands of jobs, it also costs state residents millions in outlays and subsidies. The Impact and Future of the W.Va. Coal Economy will be our first blog series and we hope to broaden the dialogue by providing an overview of the role and significance of the coal industry and the growing challenges that coal faces in the Mountain State.

Over the last few years there’s been a growing, and often heated, debate about the future of coal in West Virginia. The coal industry (and its cohorts ) have been making the case that further EPA regulation of mountaintop removal permits and the federally proposed cap-and-trade legislation are a threat to the coal industry and the livelihood of the state.  This point of view has been aided with reports such as this one and this one. On the other end of the spectrum, environmental groups and others have been pushing for the abolition of mountaintop removal – which will cost coal jobs – and alternative economic strategies like wind power.

As Rick Wilson points out in this essay, the story has all the characteristics of a Greek Tragedy, of workers forced to choose between their jobs and culture on the one hand and the degradation of the environment on the other – either way, it’s not going to be good.

To start things off, pasted below is a chart showing historical mining production (per short ton) and employment in the mining industry. It doesn’t take a rocket scientist to see that employment in the coal mining industry has been on a steady decline over the last 60 years. Today it accounts for less than 3 percent of total employment, while in 1950 it made up 23 percent. This is largely due to the mechanization of coal production and the increase in large scale MTR mines. Over the same period, production has been relatively steady fluctuating between 100-165 million tons. 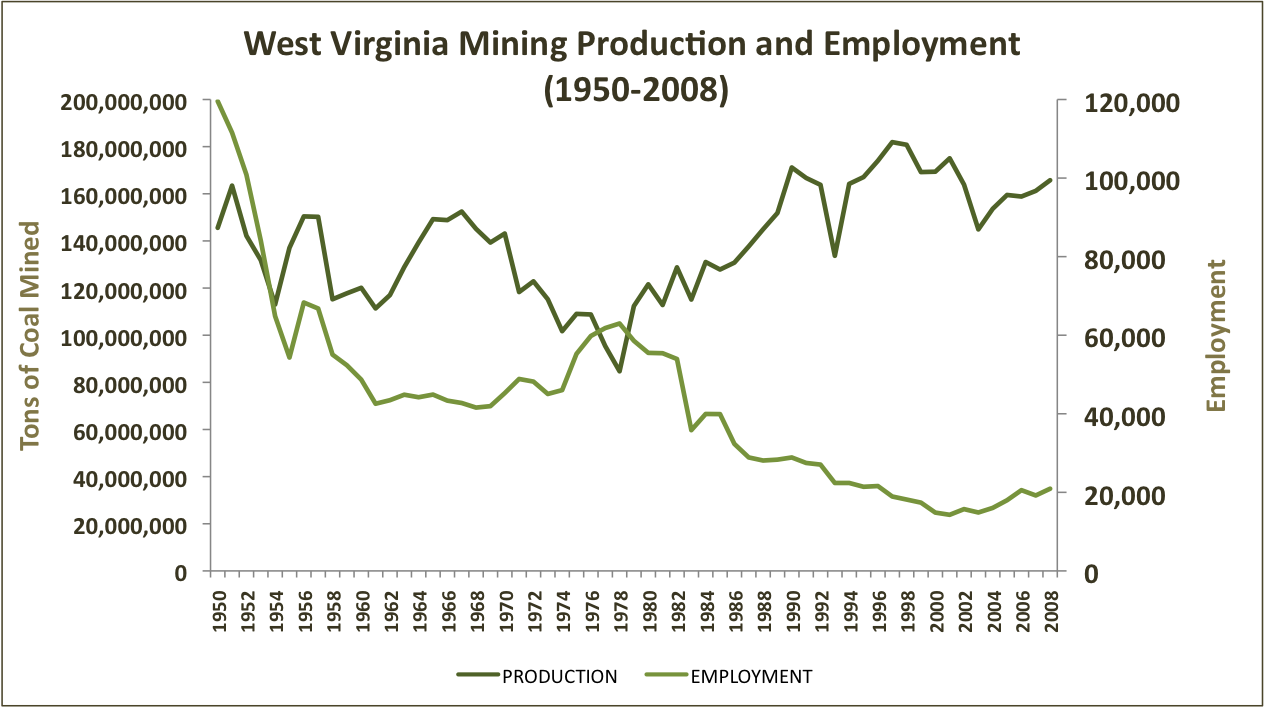 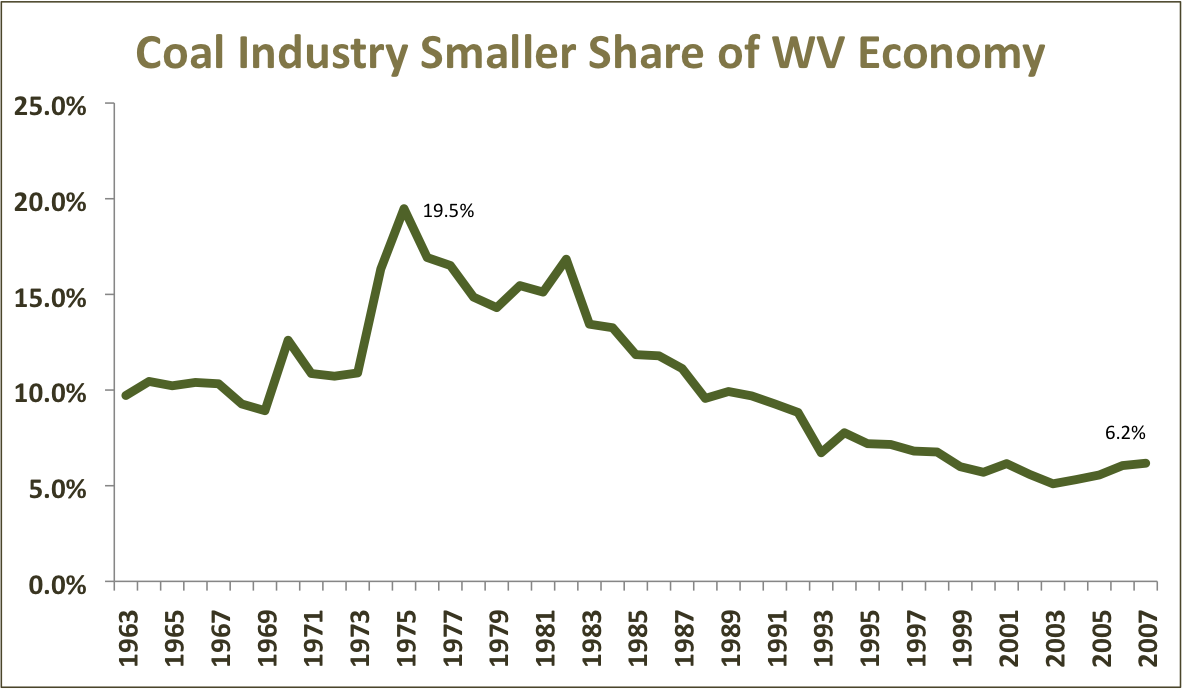 While employment in coal mining has increased slightly over the last couple of years, the overall trend is a continued decrease in coal employment in West Virginia. (Paul will have more to say on future projections in the next post)

These graphs should convince lawmakers and others that coal mining jobs – with or without cap-and-trade and MTR regulation – are declining and that the state should be putting its best foot forward toward building alternative growth strategies.