Blog Posts > Are West Virginians Moving to Florida Because of the Income Tax? Not Likely (Part II)
May 22, 2015

Are West Virginians Moving to Florida Because of the Income Tax? Not Likely (Part II)

In the last post, I gave an overview of West Virginia’s personal income tax and how it is an important and progressive way to fund state investments in K-12 education, higher education, and other important public structures. In this post, I want to tackle misleading information surrounding the argument to cut or abolish state personal income taxes – the great tax migration myth.

You often hear that people move to no-income-tax states like Florida to avoid paying West Virginia’s personal income tax. While most of these arguments are anecdotal, if you look at interstate migration data and the academic studies for evidence of people “voting with their feet” to avoid paying state income taxes, the argument falls flat. In reality, people often move (or retire) to places like Florida because of the climate, lower housing costs (not the case in WV), better work opportunities or family reasons. 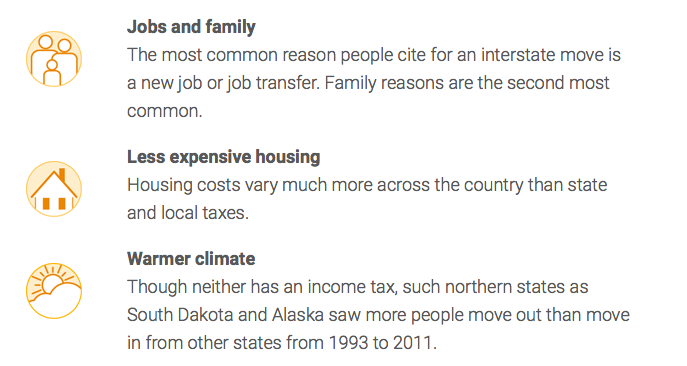 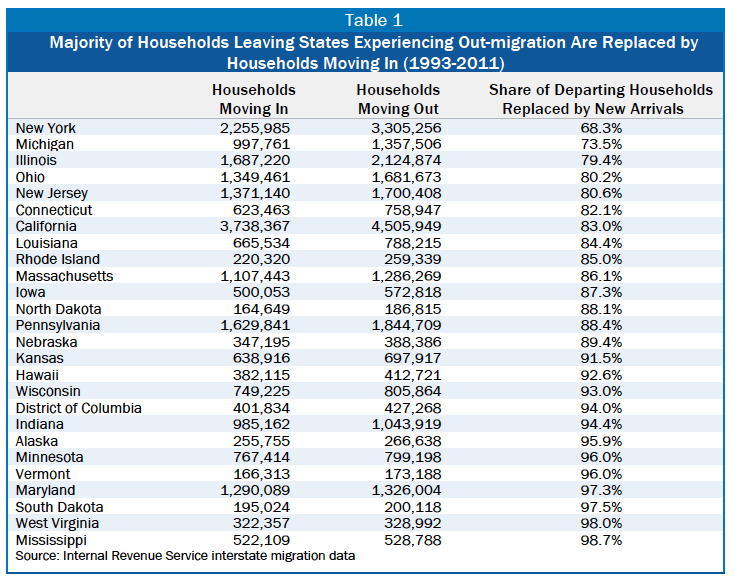 While the Tax Foundation data give the impression that the net migration income from West Virginia to Florida over this period was -$314 million (the people who left West Virginia for Florida took $925 million with them, while the people who came to West Virginia from Florida brought $611 million with them, for a net loss of $314 million ) in “lost income” to West Virginia that’s not entirely true. When most West Virginians move to Florida they don’t actually take their income with them. Instead it usually stays with their employers in West Virginia and is earned by other residents already in the state or by those who move in. While some forms of income – investment income, for example – may move with the individual, this only represents a small share of total income “lost.”

Another hole in the tax migration myth is that over 70,000 more households moved from no-income-tax Florida to Georgia (which has an income tax) than moved the other way between 1993 and 2010. Also, a review of recent peer-reviewed academic studies and other reports by Michael Mazerov at the Center on Budget and Policy Priorities finds the state and local taxes are not a big factor in interstate migration decisions. Of the 15 studies reviewed by Mazerov, only 3 of them (only 1 that was peer reviewed) found that high income taxes spur out-migration.

In the end, the argument that West Virginia is losing population to Florida or other no-income-tax states because they lack an income tax doesn’t hold up to the evidence and is no reason to make major cuts to the state’s personal income tax. Without the important revenue from the personal income tax to provide and maintain high-quality education, public safety, higher education and other vital services, highly skilled people (and the companies that employ them) could choose to leave West Virginia  in search for a better quality of life, endangering the state’s long-term economic growth.