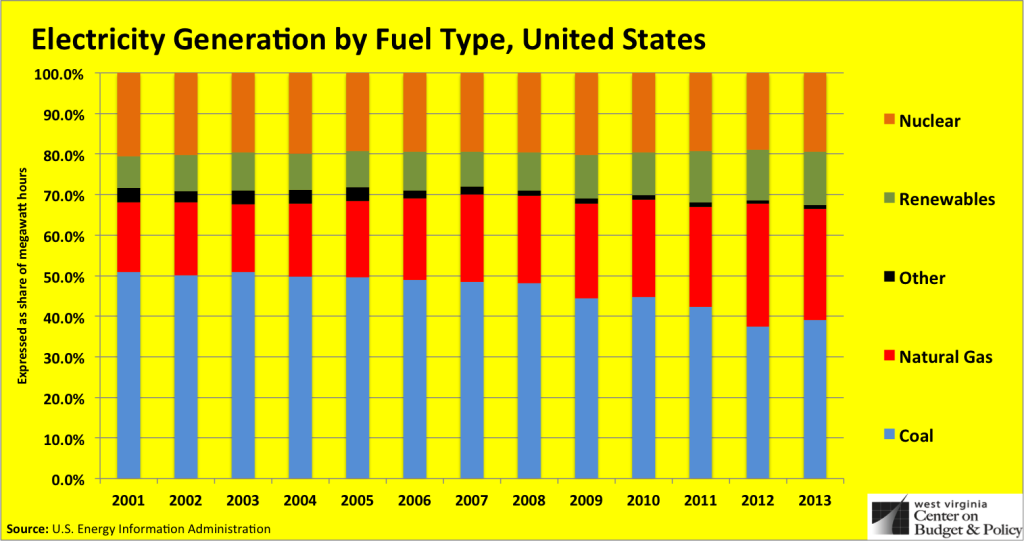 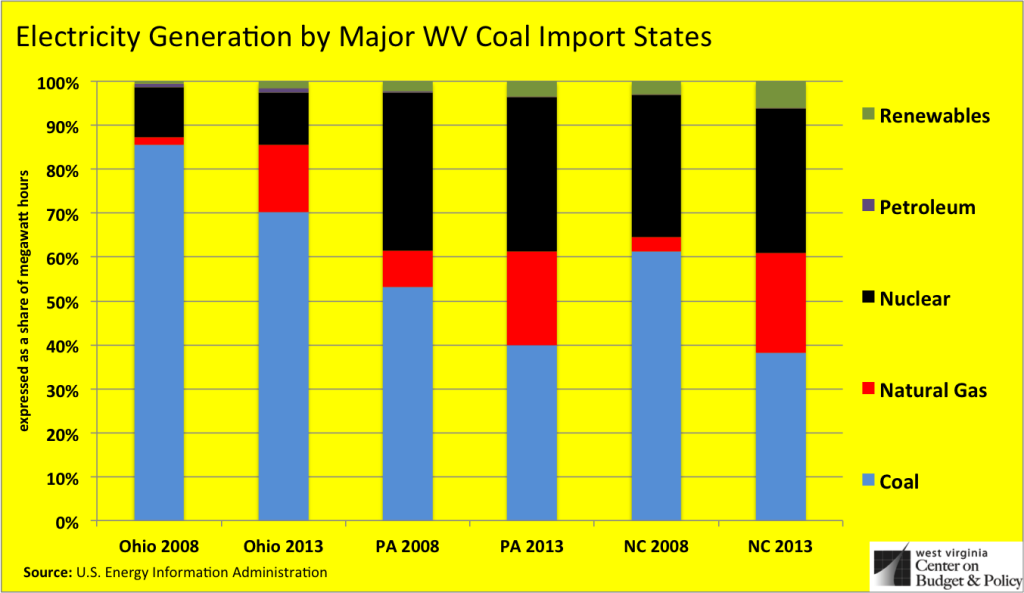 As shale development expands with new pipelines and with new natural gas utilities added in the region, the share of electricity from natural gas will likely grow over time in these states, putting more downward pressure on the ability of West Virginia to export coal to other states. As we shall see in the next post, natural gas is also becoming more competitive as the federal government implements rules around the problems associated with global climate change.