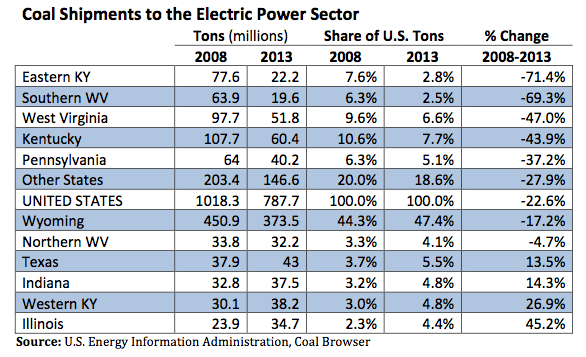 What about international coal markets?

West Virginia is doing much better here. Between 2008 and 2012, the state has increased the number of tons of coal it is exporting from 26.4 million to 47.5 million. As the table below highlights, this growth is driven primarily by the increase in southern West Virginia foreign exports, which has nearly doubled over this period. While West Virginia has seen growth in its coal exports, so have other states, most notably Illinois, Alabama, and Montana. As a share of total U.S. coal exports, West Virginia has seen a slight reduction between 2008 and 2012 of two percentage points. It is also important to recognize that most of West Virginia’s exports are dependent on the internal market for metallurgical coal which is highly volatile and is heavily dependent on growth rates of countries like India and China. 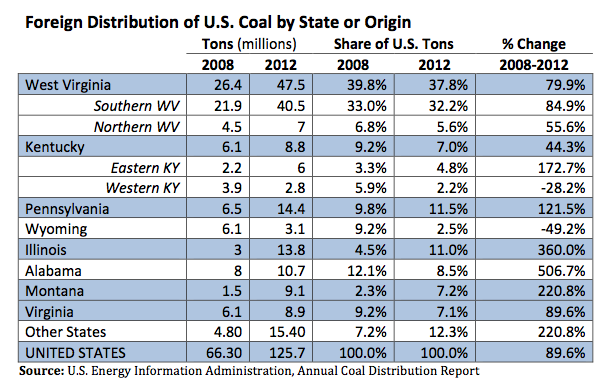 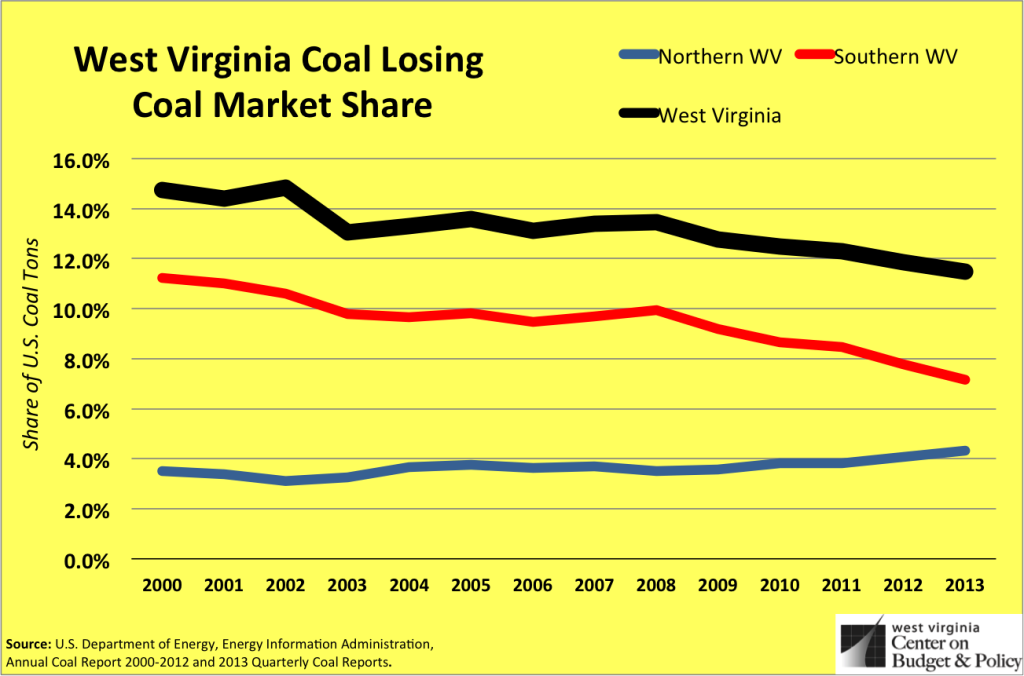 What this all makes clear is that the decline of coal production in southern West Virginia is happening as other coal basins and states have increased their market shares. There is a national ‘war on coal’ when other regions are out competing West Virginia and our production losses are being replaced by other states.

In the next post, I will look at one of the other central reasons why coal is declining in West Virginia –  the growth of natural gas.