Over at Coal Tattoo, Ken Ward has a must read piece on why state politicians and the media avoid having a balanced discussion regarding the impact of the coal industry. One of the central reasons why our state is unable to have a rational discussion is the propaganda and inflammatory rhetoric coming from the coal industry.

According to the narrative, there has been a growing “war on coal” ever since President Obama took office in 2009 and the EPA began cracking down on mountain top removal mining permits. According to industry front groups such as Faces of Coal, West Virginia is smack in the middle of “Obama’s NO JOB ZONE,” as see in this billboard along Interstate 64. 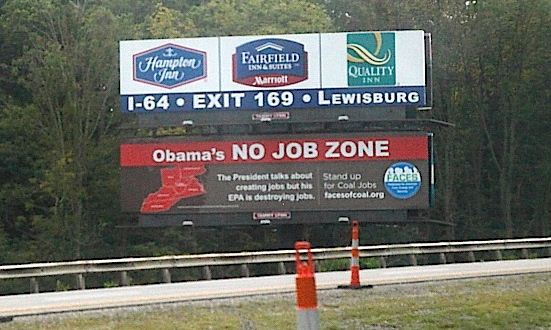 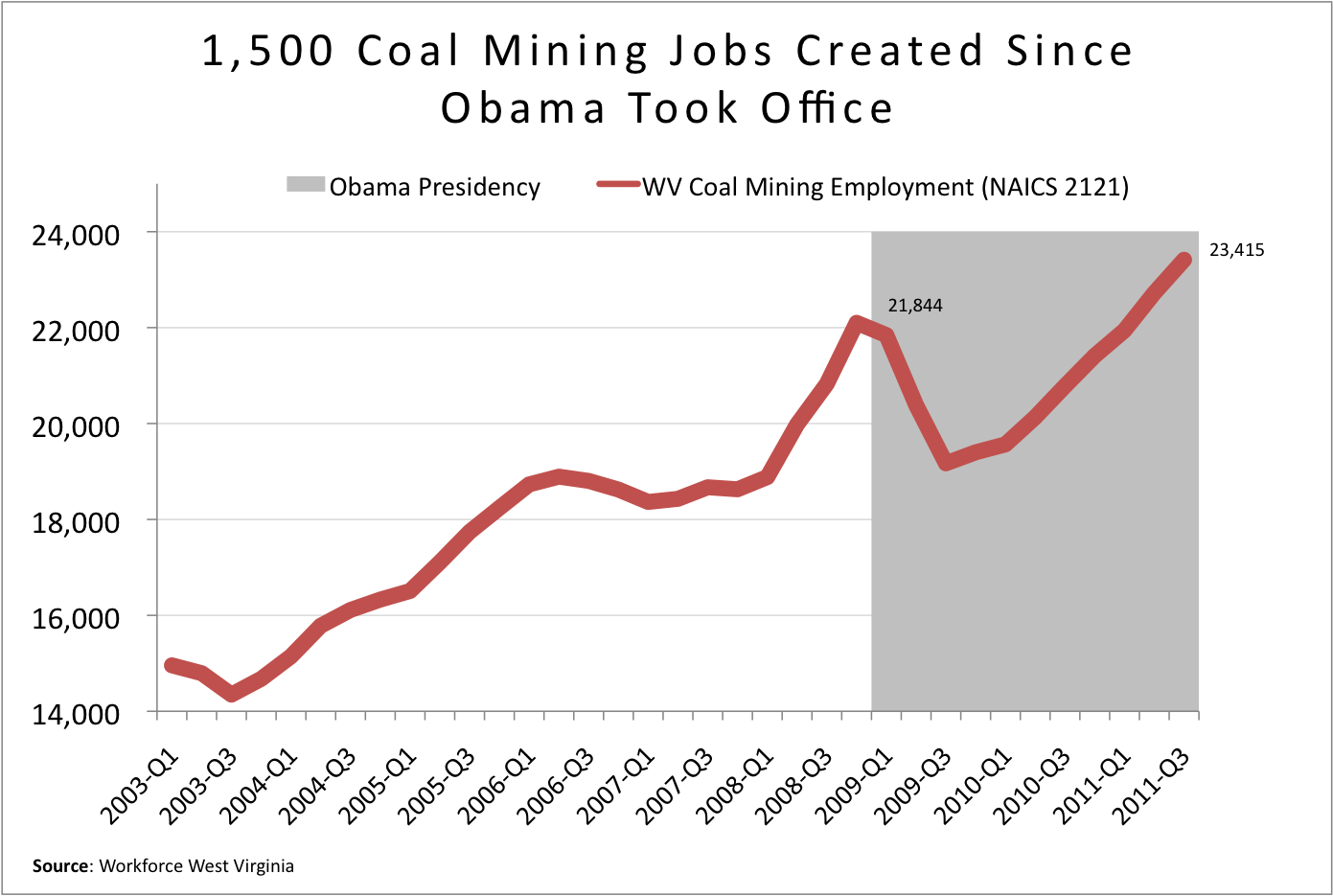 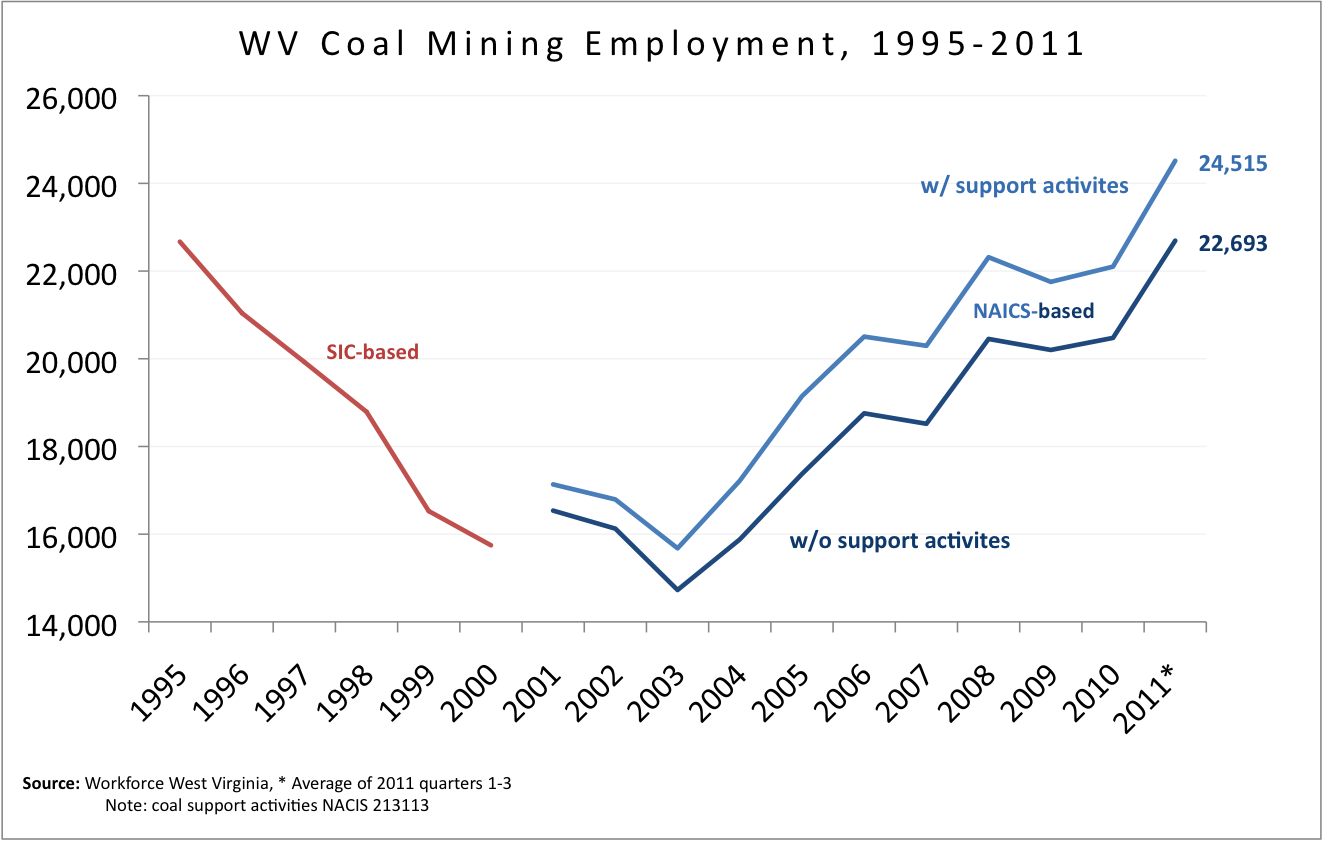 This all being said, the rise in coal mining jobs has very little to do with the actions of the Obama administration and the EPA. The rise in coal mining employment over this period is due more to the recent spike in coal prices from 2005 to 2011, steady decline of productivity, and the counter-cyclical nature of the energy industry during recessions. While there is a good chance that coal employment will be lower in 2012 do to a decline in customer demand for West Virginia coal – which is reflected in the 2012 drop in coal spot prices – this again will not be related to actions by the Obama administration.

As Ken notes in his blog, if we can move past the rhetoric and political confusion regarding the plight of the coal industry in our state we might be able to chart a better economic course for our future. However, this will only happen if we first look at the facts.