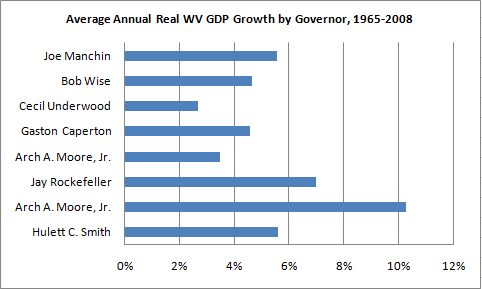 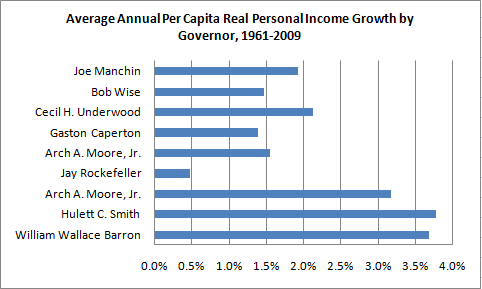 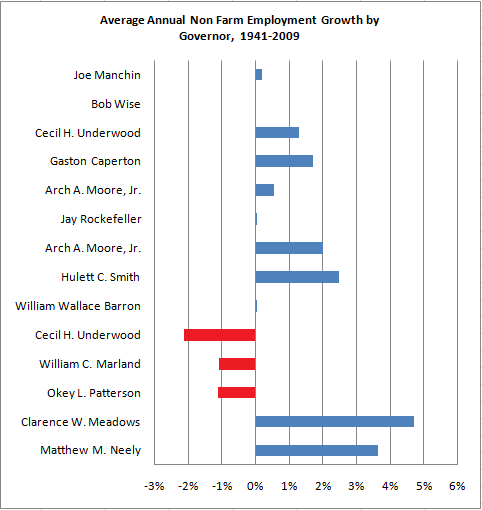 Source: U.S. Bureau of Labor Statistics
So what does all of this tell us? One clear takeaway is that the recession of the early 1980s, represented in these charts by now Senator Rockefeller’s administrations, took a heavy toll on West Virginia. Even twenty years later both real GDP and real per capita personal income have not recovered to their pre-recession growth rates. And since the decline of the coal industry in the 1950s, job growth has been anemic for every administration, with almost no job growth for the past decade.
Most of this data was collected before the current recession really began to take hold in West Virginia. And if the effects of recessions that ended 30 years ago are still being felt in West Virginia, then hard times are almost certainly in store for the future. But, to quote Robert Kennedy, “And if our times are difficult and perplexing, so are they challenging and filled with opportunity.”