Blog Posts > Will a Severance Tax Cut Put Coal Miners Back to Work? (Probably Not)
March 1, 2019

Will a Severance Tax Cut Put Coal Miners Back to Work? (Probably Not)

On Crossover Day, the West Virginia House of Delegates passed two bills that have the intended purpose of boosting coal production and putting coal miners back to work. Unfortunately, they chose to do so in a very ineffective and expensive way, through cuts and rebates to the severance tax.

HB 3142 would cut the severance tax on steam coal from five percent to three percent. The bill, which had originated in committee just a few days prior to passage, had virtually no analysis. A fiscal note was produced just hours before the bill was up for a final vote, showing a price tag of $60 million in lost revenue, with at best only 500 jobs created, with 100 more likely, meaning the tax cut would cost between $120,000 to $600,000 per job created. 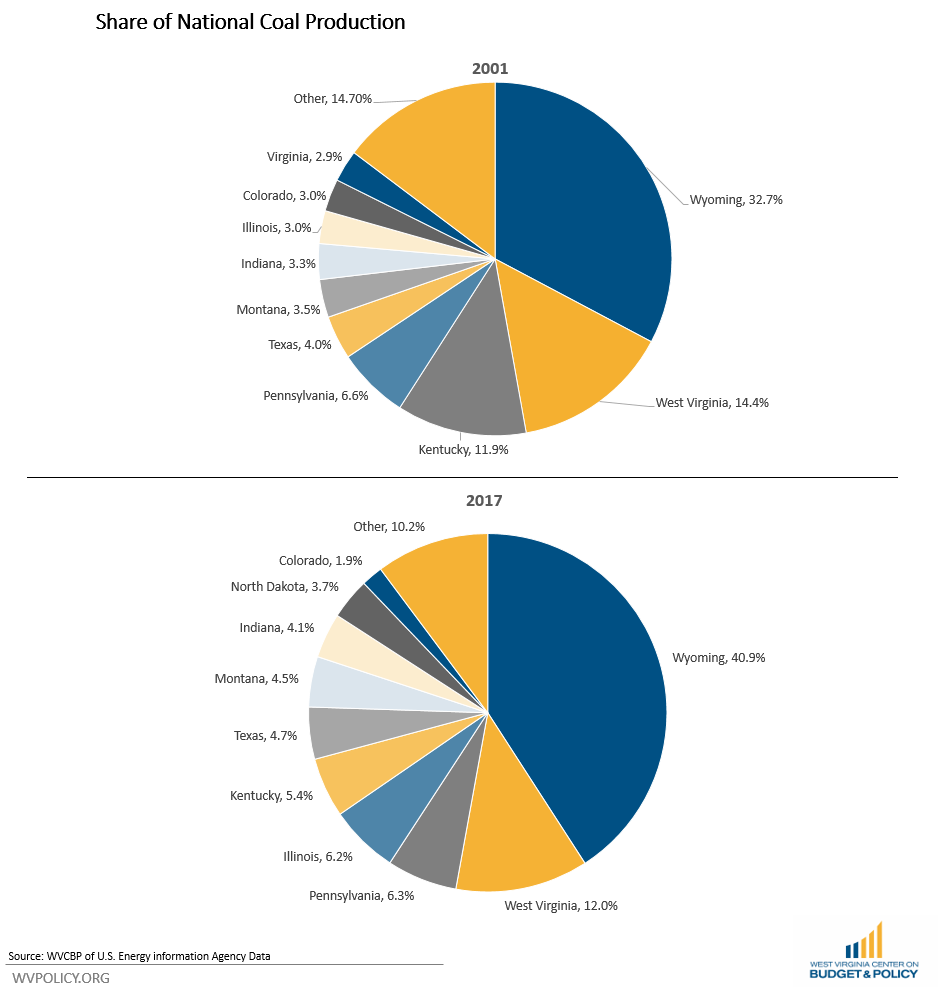 But beyond competition from coal in other states, West Virginia coal faces even stiffer competition in its own backyard from natural gas. Booming natural gas production, which is subject to the same five-percent severance tax in West Virginia as coal, has hurt the coal industry as well. The Marcellus and other shale plays have led to a glut of natural gas, driving energy prices down, making gas-fired electricity often a better deal than coal.

West Virginia coal has already enjoyed a significant tax cut in recent years. A 56 cents per ton tax on coal production went into effect in 2005, with the revenue it generated going to pay down old debts associated with the state-run workers’ compensation system. The tax was terminated in FY 2017. Before its termination, the tax produced $64.4 million, roughly the same value as the reduction in severance tax in HB 3142. But since 2017Q3, coal mining employment has been flat.

There’s little evidence to support a severance tax cut or tax credit for coal as a tool to increase production and employment. Overall, the state has little ability to influence the forces affecting the coal industry, be they competition from natural gas, environmental regulations, productivity, or transportation issues. The severance tax is important to West Virginia’s budget, and it’s important that we keep it.