Who’s Affected by House Bill to Increase the Minimum?

Legislation to increase the state minimum to will be up for a vote today in the House of Delegates. The bill, which originally gradually raised the minimum wage to $8.50, will now raise it to $8.75. Previously, we showed that an increase to $8.50 would give a raise to approximately 113,000 West Virginian workers. Now, with the new proposal, we’ve re-run the numbers and here are the results: 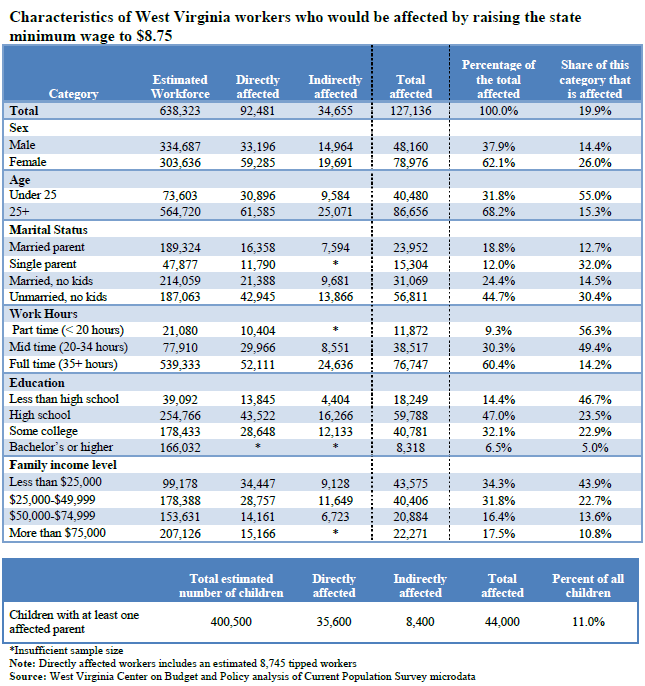